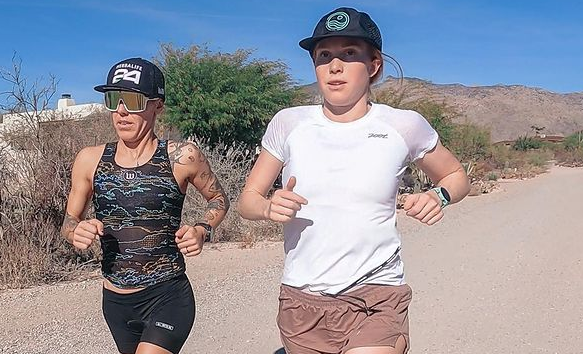 Many athletes have a favorite training or race destination, and professional triathletes are no different. The training hotspots which pros flock to during the year are often the same ones that attract age group triathletes. In the new Triathlon Training Hotspots series we look at some of the great places to visit as a triathlete.

Tuscon, Arizona is located in the southern part of the state only 60 miles away from the Mexican border and is a training hotspot for cyclists and triathletes alike. While racing continues to be up in the air across the globe with recent news of Ironman New Zealand being put on hold, a number of pro triathletes are training in Tuscon preparing for the season. Some of the names you’ll find there include Lionel Saunders, Sam Long, Heather Jackson, Paula Findlay, Joanna Brown, Eric Lagerstrom and Ben Hoffman. Athletes flock to the Tuscon area, which has a population of over one million, for the training terrain, weather and international airport that the city boasts.

The well known Mount Lemmon climb is a draw for athletes. Both of Strava’s KOM/QOM top spot ranking on the climb are occupied by tri pro’s Saunders and Findlay.


With help from athletes social media platforms we learn that a number of pro’s are currently calling Tuscon home base. Lionel Saunders, who is currently training for the upcoming Challenge Miami, did a 1000 yard swim birthday time trial just outside of Tuscon, clocking an 11:57 on his first attempt and an 11:48 on the second birthday effort.

Fellow triathlon YouTube enthusiasts Eric Lagerstrom and Paula Findlay recently posted a video on their final week in Tuscon as the couple heads to Oregon after purchasing a home there. The couple spent their final days in Arizona with fellow triathlete Heather Jackson, where the three pro’s got some quality training in. (Picture above.)

Canadian Olympic-distance triathlete Joanna Brown has also been keeping busy training in and around Tuscon. On Instagram recently. the Olympic hopeful’s has been filled with posts in the American state.

Ben Hoffman, the accomplished American pro, also spends part of the year in Tuscon – in addition to enjoying the warmer weather over the winter, his training cave in the city is certainly impressive.

It seems that for many athletes, Tuscon offers athletes almost everything they need during a training camp or base for the season. The large metropolitan area offers an escape back to real life for those days off, while training options are unlimited with paths and trails that let athletes get out of the city safely. Even the city is on board with welcoming triathletes, Visit Tuscon has a lot to say on just how great triathlon training is.