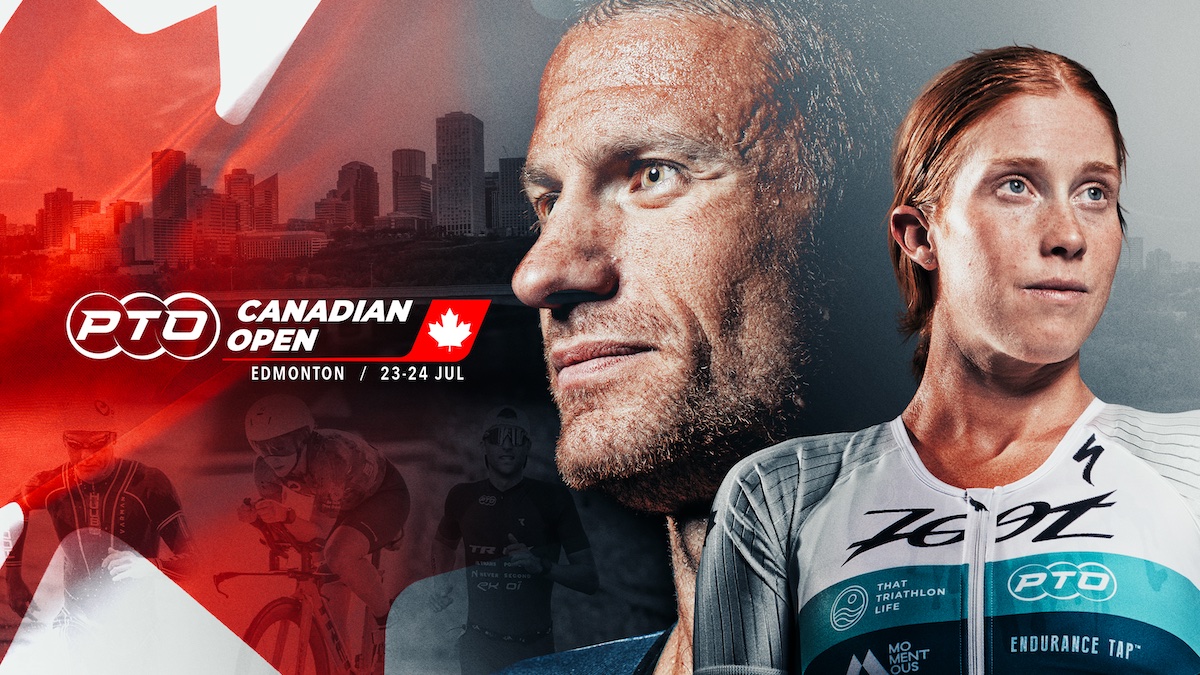 Canadian long-distance stars Lionel Sanders and Paula Findlay are both looking forward to the inaugural Professional Triathletes Organisation (PTO) Canadian Open in Edmonton this summer. At a press conference promoting the event today, both athletes pointed out how the PTO has raised the profile of long-distance triathlon.

“This is going to be the greatest season of all time,” Sanders said when asked about trying to juggle two Ironman world championships and the new PTO Tour events that include the Canadian and US Opens along with the Collins Cup. “What’s five major events in a season? Sounds like a great year to me.”

Findlay, who is from Edmonton, is a five-time World Triathlon Series winner who represented Canada at the 2012 Olympics. She’s seen a big jump in the production value of the PTO events she’s taken part in – she won the PTO 2020 Championship at Challenge Daytona, then was part of the Internationals team at the Collins Cup.

“World Triathlon events are a big show, it’s all very big,” Findlay said. “That’s lacking in the Ironman races and 70.3 events I’ve done over the last few years. The PTO is elevating the profile of these longer distance races, offering the same or surpassing the level of coverage at the events.”

“Money brings people to the table,” Sanders said, referring to the US$1 million prize purse that will be offered at the PTO Canadian Open. That’s part of what’s been the issue. We’ve been fighting for scraps. It’s not a sustainable venture to have the best people racing head-to-head under the old model. Finally there is enough that we can all come to this race, make a buck, and race the best guys in the world.”

Sanders is confident that the best athletes will be on the start line in Edmonton.

“Team Norway (Kristian Blummenfelt and Gustav Iden), Jan Frodeno, Sam Long will all be focused for this race,” Sanders said when asked who he envisions will be his toughest competition.

“I personally love that distance,” Findlay said. “It’s short enough that Olympic-distance athletes can step up, and there’s not a lot of difference to a regular half-distance triathlon.”

“At the end of the day you have to be a good triathlete to win this format,” Sanders said. “It makes you a well-rounded athlete if you can win at this distance.”