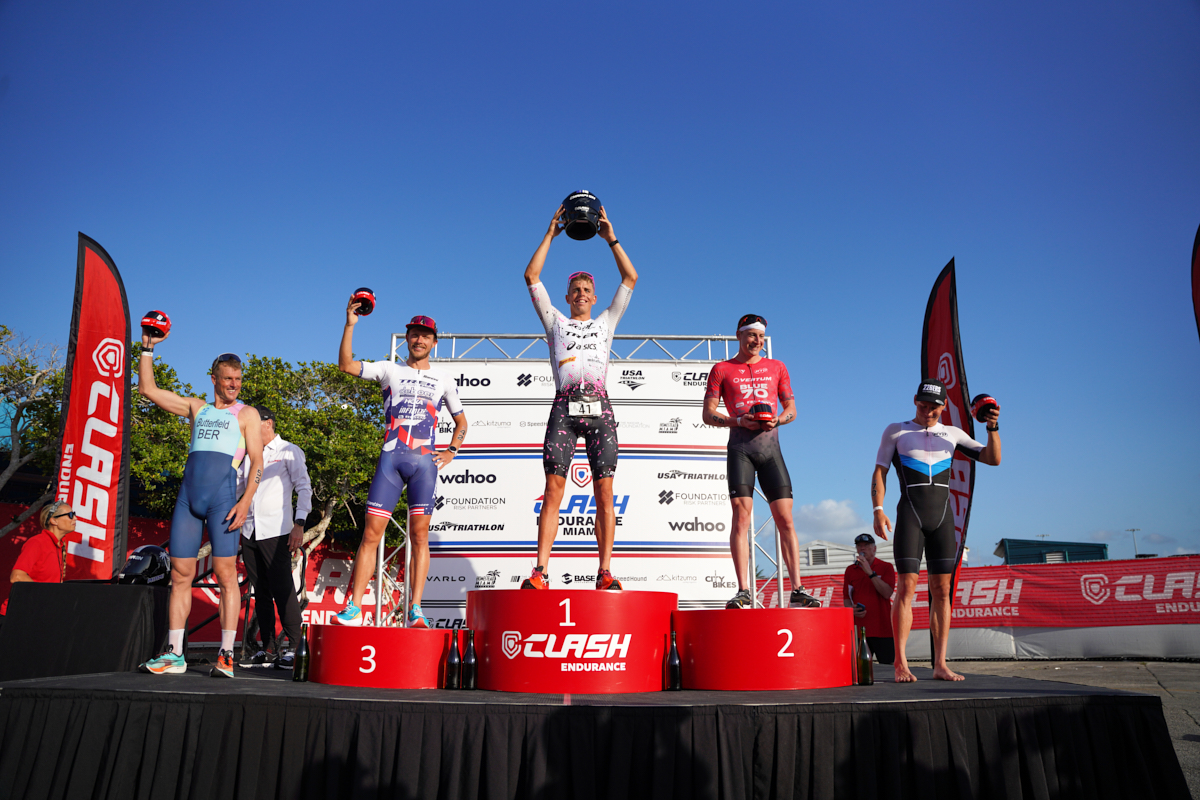 American Sam Long, the runner-up at the Ironnman 70.3 World Championship in St. George, Utah, last year, came into Clash Miami as the favorite, and lived up to that billing with an impressive race that saw him bike and run his way to the win.

Once out on the run there was no stopping Long as he maintained a steady pace out in the lead. Ditlev would move into second ahead of Kanute, staying about 45 seconds behind Long for much of the run. Ditlev would suddenly drop out of contention with a couple of laps to go. Kanute found himself in a battle for second with another American, Jason West, who was using the day’s fastest run to contend for second.