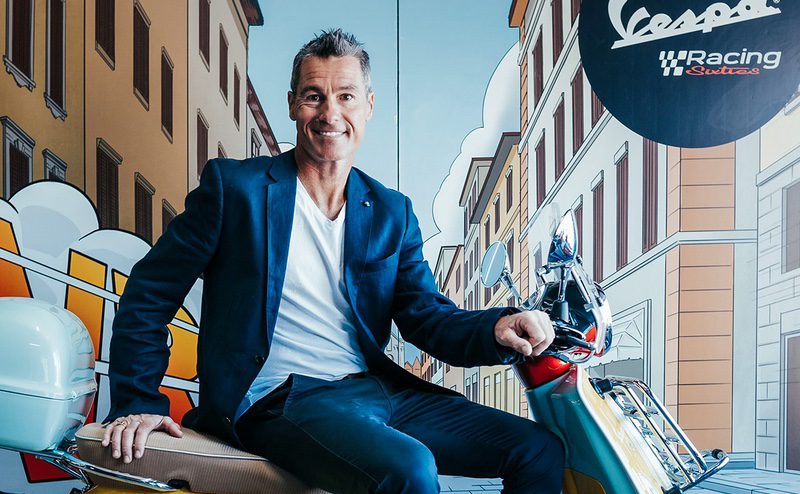 Craig Alexander, the five time World Triathlon Champion and former Ironman World Championship course record holder has announced he will be taking a different role in the sport with the announcement of his new triathlon team venture. Alexander has ambitious goals with the team, that he says will include “12 of the world’s most accomplished and charismatic pro triathletes by the end of 2021.”

Based on the first four names announced, he’s not kidding. The team will make it’s debut this Friday at Challenge Miami with the athletes wearing the new teams colors including Lucy Charles-Barclay, Sarah Crowley, Rudy Von Berg and Heather Jackson.

Crowley won the long-distance world championship in 2017 and has finished third at the Ironman World Championship along with the Ironman Asia-Pacific Championship and Ironman European title. She became the fastest Australian woman ever over the full-distance when she took second to Charles-Barclay at Challenge Roth in 2019.

Von Berg has been one of the world’s premier half-distance racers over the last few years, taking the Ironman 70.3 regional titles in Africa and Europe in 2018 and 2019, and the American 70.3 title in 2019 to go along with his third-place finish at the Ironman 70.3 World Championship in Nice that year.

Jackson is the fastest American ever over the full-distance and has four top-five Kona finishes. She’s also been on the podium twice at the Ironman 70.3 World Championship.

The team would no-doubt do well to have Alexander race, too – in 2019, at the age of 45, he took the Australian middle-distance title. For now, though, he appears focused on the Vespa program, that doesn’t appear to be solely dedicated to pros.

“Despite the challenges of 2020 due to the pandemic, Vespa remained focused on creating a program that touches all levels of triathlon,” Alexander says. “While we’re launching the campaign in partnership with some of the best professionals in our sport, we’ll soon be announcing other initiatives designed to improve the multisport experience for triathletes at all levels.”

“For most of my career, I rode a Vespa scooter to get to and from training, especially when we lived in Boulder, CO. I also relied on it for my motor-paced bike sessions. At larger events like the Hawaii Ironman, it was the only way to get around. That’s why it’s especially satisfying to have gone full-circle and to be working with Vespa on this exciting project that will significantly contribute to the sport we love.”