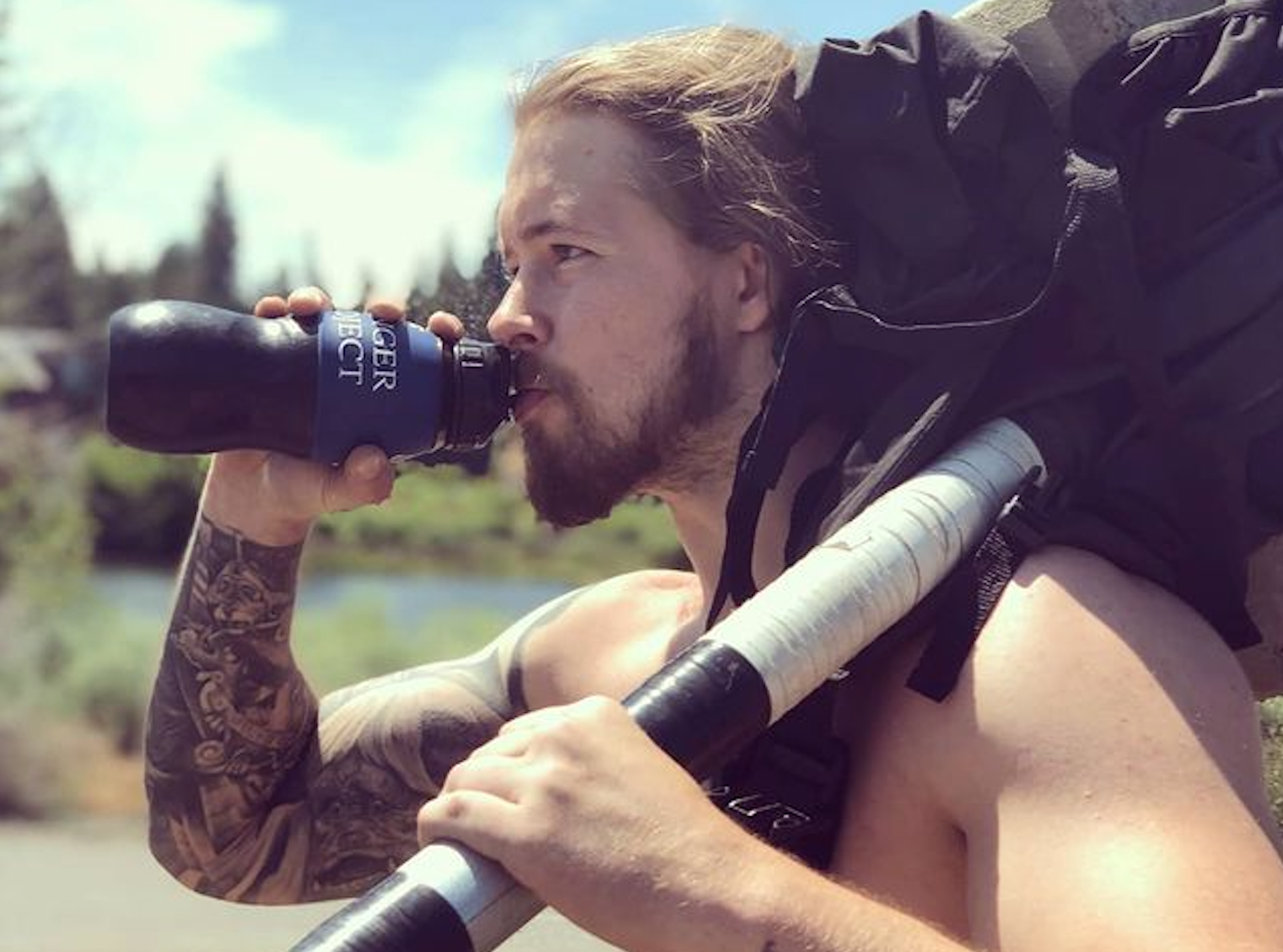 It’s an outrageous challenge, one that some might even call crazy, but that’s exactly what Justin True (29) was looking for. After battling with mental health issues – he even attempted suicide as a teenager – True felt that he needed to do something extreme to raise awareness for mental health issues. He came up with the idea to do a triathlon across the USA. He was reassured that his plan was “crazy” enough when he told a friend about the idea. “Pretty much shot my buddy a message back in the fall, and he’s like: that sounds insane,” True told News Channel 21. His response: “Alright, well, that’s good. That’s what I want to hear.”

Next month True will begin this huge adventure, starting in the Bahamas. He’ll swim about 50 miles until he reaches Miami. Then he will hop on his bike and ride 3,500 miles (5,633 km) to San Diego, California. He will make sure to cross through Utah on the way there in order to compete at Ironman 70.3 Utah (May 1, 2021). Finally, True will run 600 miles from San Diego to San Francisco. It all adds up to nearly 30 full-distance triathlons. It’s a huge challenge, and even more so because True aims to complete this in just 35 days.

True hopes that with this challenge he can inspire others who struggle with mental health issues: “I just want to be able to help somebody on the other side, because – I don’t know – maybe they just need a little boost to get over that hump that I was in.” For True this “hump” came after he nearly lost both his mother and brother. At the age of 15 his brother was hospitalized due to a drug overdose. As if that wasn’t difficult enough, at that time his mother was attacked and stabbed with a knife. “Her jugular was holding on by millimeters,” True explained to News Channel 21. While his world fell apart, doctors expected True to stay strong, telling him: “Alright, when you go in there, you can’t cry. If you cry, she’ll cry and she’ll die, because she’s too weak.’”

Fortunately, both True’s brother and mom survived these hard times, but the ordeal left True feeling that he couldn’t express his emotions. For a few years he was able to keep things together, but eventually he broke down mentally and even tried to take his own life. True looks back at these challenges as a way to put things in perspective: “The physical pain that I would feel doing a triathlon or pulling a car, like, yeah it hurts, but it’s nothing to the grieving that people have to deal with by losing someone they love. I almost put them through that.”

Now that True has come to this realization, he feels encouraged to help others: “You might be so depressed today and want to end it all, but you know what? Tomorrow might be great. If not, the next day might be great. So why not just keep going?”

You can support True on his epic triathlon across America with a donation to a mental health charity. True is planning his challenge in May because it is Mental Health Awareness Month.