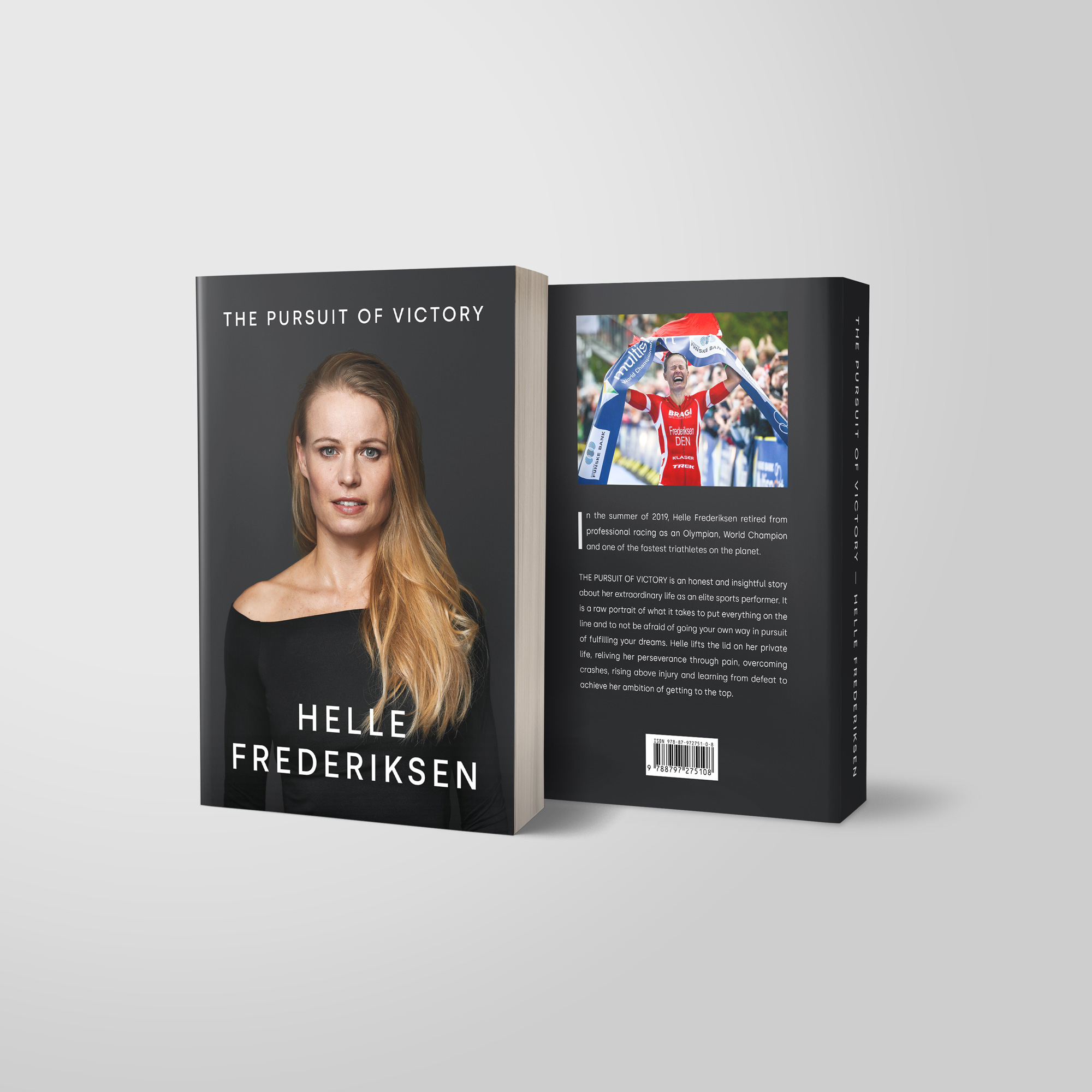 Danish former professional triathlete Helle Frederiksen has published “The Pursuit of Victory,” an “honest and insightful story of Helle’s extraordinary life as an elite sports performer,” according to a press release from Kollektiv Sports, who own the international publishing rights for the book.

“I want my story to inspire people to go after what they believe in,” Frederiksen says. “Pursuing champion status in sport has provided me a toolbox for life. It was the most fulfilling journey and the view from behind the curtain reveals exactly what it took to rise to the top.”

During her 11-year career, Frederiksen went to the Olympics, won a world championship and set the world-best time fo the half-distance thanks to her 3:55:50 finish at Challenge Bahrain in 2014. Between 2013 and 2019 she finished on the podium 31 times in 33 finishes, an impressive achievement that included a world-championship title in her home-country.

The book describes that rise to becoming one of the world’s top triathletes and how the journey “required exceptional discipline and perseverance to overcome heartache, injuries, crashes, and seemingly endless setbacks.”

“My appreciation to get onto a start line healthy was always portrayed by my performance on the racecourse,” she says. “Overcoming the injuries, crashes, and heartache, is a view I’ve not revealed publicly until now, yet I believe it is so important to show. No matter how many times we get set back, there’s always a way to grow stronger and succeed.”

“The exciting and insightful story of one of the fastest female triathletes on the planet,” says Ironman star Torbjørn Sindballe. “Helle is the most professional triathlete I know, who has optimized every bit of the puzzle to realize her full potential both mentally and physically. She has learned all of it the hard way by facing and overcoming more injuries, crashes, and setbacks than most. If you are looking for motivation for your next comeback – this is it!”

Originally published in Danish, the book has now been published internationally by Frederiksen’s business label Kollektiv and is available for purchase here for £24.95 GBP / €24.95 EUR / $29.95 USD.