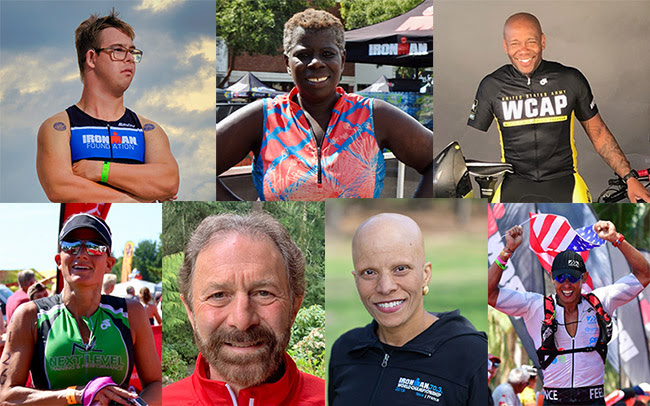 USA Triathlon announced the seven winners of its 2020 Multisport Awards, “an annual honor that recognizes USA Triathlon members who help fuel the multisport lifestyle through service, sportsmanship and community contributions.”

The awards were announced in a press release earlier today from the sport’s national governing body – below is a list of the award winners and parts of the organization’s description of their 2020 exploits.

It’s been quite a week for Chris Nikic, who we’ve featured in many stories here at Triathlon Today. Last week he won a Laureus Award for “Sporting Moment of the Year.“

Nikic, who became the first person with Down syndrome to complete an Ironman triathlon when he crossed the finish line of Ironman Florida in Panama City Beach on Nov. 7, 2020. The 21-year-old had already completed an Ironman 70.3 event in May of 2020, becoming the first individual with Down syndrome to do so. His achievements, which were covered by national media outlets including the TODAY Show, ESPN, Sports Illustrated and The New York Times, captivated and inspired triathletes and sports fans across the world.

Alexander is a multisport teacher, athlete, coach and ambassador, who demonstrates an extraordinary commitment to the triathlon community and all its participants. She is involved with the Network of Multi-Sport African American Athletes, or NOMSA3. The club is based in Atlanta, Georgia, but has a nationwide online community, with a mission to encourage and promote active lifestyles through recruitment and participation in multisport endurance events.

Through her work with NOMSA3, Alexander consistently models behavior for the next generation of triathlon mentors in assisting new coaches, trainees and volunteers as they navigate activities leading up to and including race day. She provides exceptional support and service to new and veteran triathletes, especially in the African American community, and she inspires those who know her to aim higher and train harder.

Smith, an above-the-elbow amputee, worked hard to remain on active duty throughout 2020 while training and competing as an elite U.S. paratriathlete and hopeful for the Paralympic Games Paris 2024. Smith is a member of the U.S. Army World Class Athlete Program, a team captain for the USA Triathlon Foundation Ambassador Team Powered by Newton Running, a member of the Team Psycho Elite Development Program and an ambassador for Team Zoot Mountain.

He is also the president and co-founder (with fellow U.S. elite paratriathlete Kelly Worrell) of the nonprofit Swim Bike Run 4 Equality, whose mission is to offer opportunities to increase diversity and inclusion in the sport of triathlon.

Kochian began her multisport career as a highly competitive triathlete who frequently podiumed in races from sprint- to Olympic-distance and ultimately in long course events. Kochian was faced with multiple hardships including major surgeries, months of physical therapy, countless hours of training, and the daily stress of battling through multiple setbacks during a two-year journey in returning to high-level athletic competition through perseverance, dedication, and determination. The reward for that perseverance and her newfound focus on duathlon during the 2019 season earned her a first-place ranking in her home state of New Jersey, a second-place ranking in USA Triathlon’s Mideast Region, and a seventh-place ranking nationally.

Battle has been one of the multisport community’s strongest proponents of Clydesdale and Athena participation. She advocated for the creation of a standalone USA Triathlon Clydesdale & Athena National Championships, as well as the addition of Clydesdale and Athena categories to several other National Championship events. Through the dedication and leadership they bring to their volunteer roles, Lasorsa and Battle have helped shape, advise and directly improve the triathlon and multisport experience for hundreds of thousands of age group competitors.

Torres is a USA Triathlon Level II Certified Coach, co-founder of the first Special Olympics triathlon training program in Florida, and head coach of Special Olympics Team Florida. He is also the head coach of Tri Peak Athlete and founder of the Central Florida Tri Club. In 2020, Torres successfully coached Chris Nikic — one of the first athletes to take part in the Special Olympics Florida triathlon program — to his goal of becoming the first athlete with Down syndrome to complete an IRONMAN triathlon. He has been a tireless coach and cheerleader for Special Olympics and other adaptive and special needs athletes, and his dedication to coaching with the highest levels of integrity, respect and compassion for his athletes is palpable.