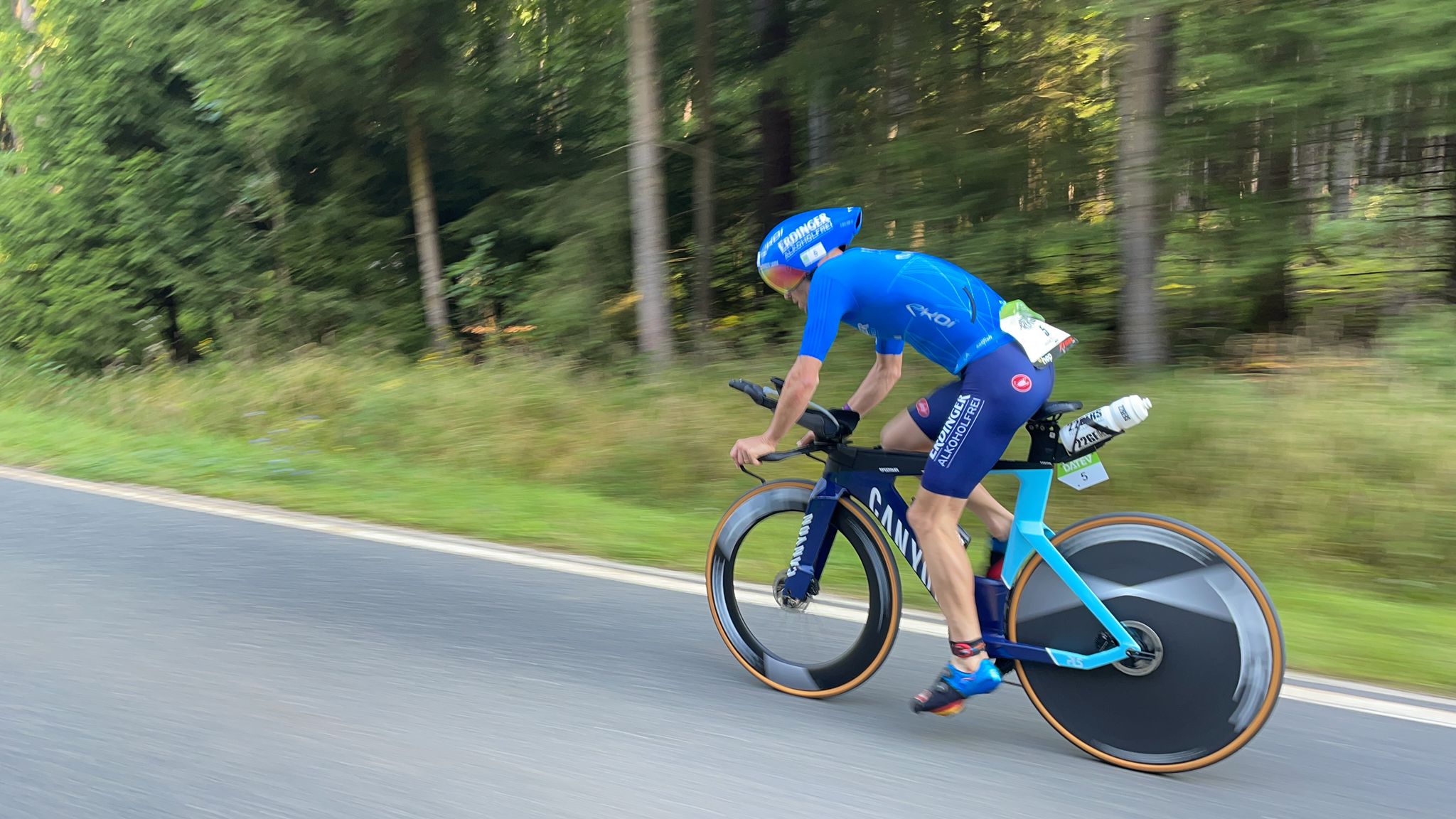 It wasn’t just that Patrick Lange and Anne Haug – both once World Champions, in Haug’s case even reigning champion – won Challenge Roth today and in doing so became European Long Distance Champions; they also did so with tremendous power and with almost enviable record times. It should be noted that the bike course was 170 kilometers – due to roadblocks announced in advance – and thus a bit too short, but it didn’t make their winning times any less impressive.

Anne Haug, for example, finished after 7:53:48, about 25 minutes faster than the world best time that still is in hands of the British Chrissie Wellington (8:18:13). Even if you were to calculate Haug’s time with an extra ten kilometers of biking, she would very likely have finished well under that time as well. “I had a perfect day and I necessarily wanted to be good here,” she spoke after the race, among other things. “It’s very special to race ‘at home’ again.” See Haug’s full reaction below.

The women’s race wasn’t even very exciting, especially after Haug took over the lead early on during the bike and only saw her lead increase after that moment. Behind her, however, it was tremendously exciting for the remaining medals. That battle was finally decided in favor of Laura Siddal, who with a time of 8:25:24 in the final phase ran to the silver and thus became second. The British Fenella Langridge, who for a long time seemed to be heading for that silver, finished third in a time of 8:27:04. Just over a minute she eventually had left on the fourth lady, Chloe Lane.

The men’s race was also faster than ever, as Lange finished in a time of 7:19:19. Of course it should be noted that the bike course was a bit too short as in the women’s race, but once again the calculation results in an almost unearthly finish time. In the men’s race, the battle was decided during the run: Lange took over the lead almost immediately in the marathon from Ruben Zepuntke, who had dominated the entire bike ride solo, and never relinquished it.

Behind Lange, Nils Frommhold quickly moved into second place and was fighting to defend that spot. It was a tough fight though, because behind him it was the German Felix Hentschel, a somewhat less known athlete, who was working on a phenomenal run and ultimately clocked 2:35, a new run record in Roth. Thanks to that run time, he passed several men and ended up in third place with a total time of 7:31:12. About 45 seconds before him, Frommhold had claimed the silver.