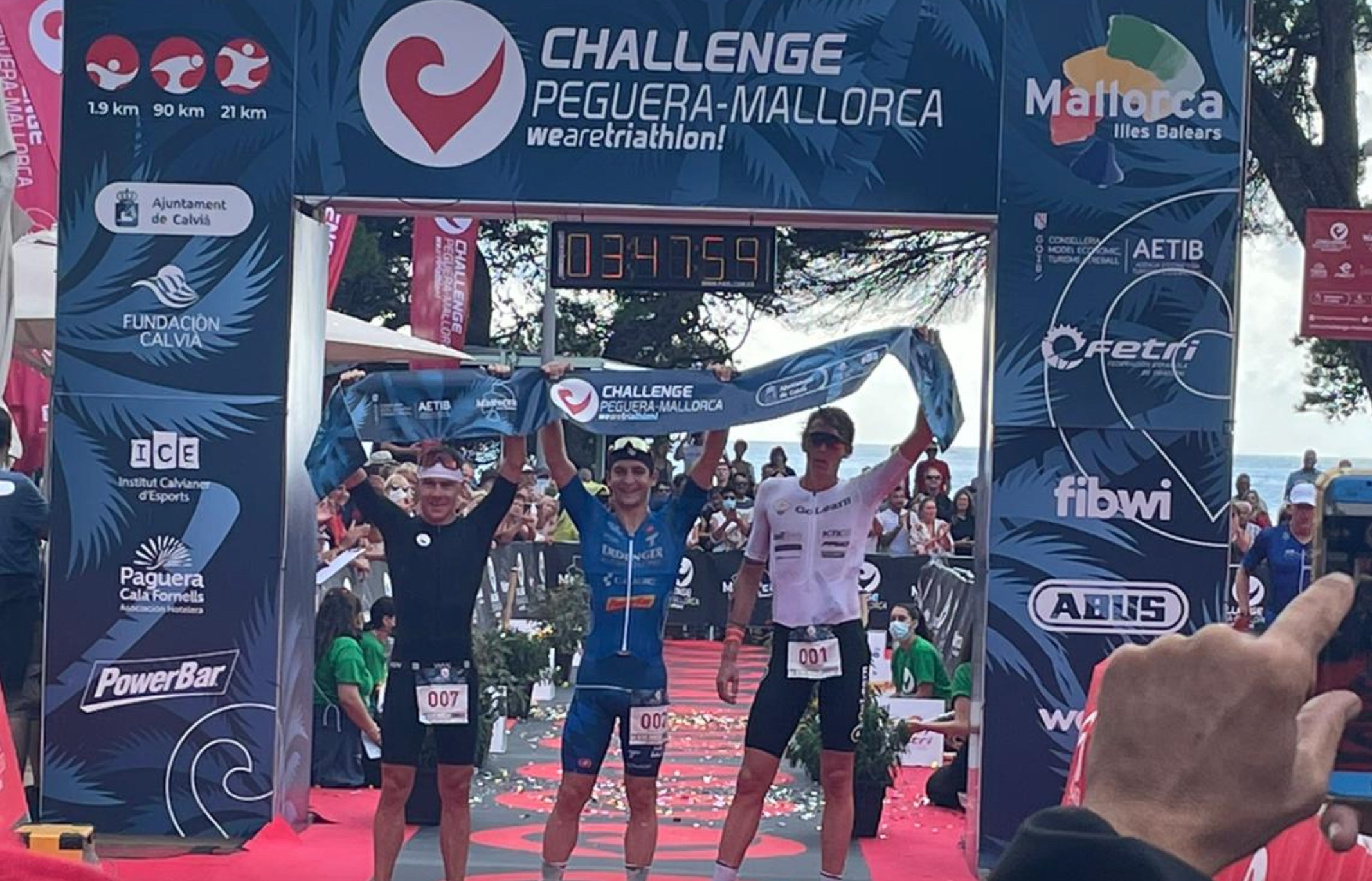 The attack started on the bike, and he continued it on the run: Frederic Funk just took a big win at Challenge Peguera-Mallorca. He was able to stay ahead of America’s Collin Chartier (+0:39), who took second, and Denmark’s Magnus Ditlev (+1:17), who took the final podium spot.

His name disappeared from the top ranking later in the race, but during the swim he delivered a great performance: Belgium’s Noah Servais was the only athlete who was able to escape the large group in the water. About half a minute behind him a giant pack of about 25 men – among them all race favorites – got out.

Since there were barely any gaps created in the water, many athletes went onto the bike course simultaneously. The hilly course of Mallorca didn’t allow for much drafting, though, and that meant a few athletes got to move away from the group on one of the first climbs. That was initially a group of five with Ditlev, Funk, Luxembourg’s Gregor Payet, Chartier and Germany’s Nils Frommhold. After about 28 km, a group of six was behind them, among them was Germany’s Maurice Clavel.

It were Frommhold and Funk who biked to the lead and split the group of five. Ditlev would have probably enjoyed riding with these guys in front, but a technical problem saw him drop back a minute. However, he was soon able to get back on his bike. Frommhold and Funk were the first to rack their bikes after riding about 2:05 hours over 90 km. Chartier and Ditlev followed in third and fourth respectively, a little more than three minutes behind the race leaders.

On the run, Funk dropped the hammer, moving away from Frommhold. After about five km, Funk was in front, 30 seconds behind him was Frommhold, Chartier was in third (+3:05) and Ditlev in fourth (+3:35).

While Funk took off in front, Frommhold started to feel Chartier breathing down his neck. With about five km to go, Chartier took over and therefor claimed the second position. Frommhold started to have a rough time and dropped back, while Ditlev moved up the podium. That remained unchanged until the finish line, it was therefor Funk breaking the tape, Chartier taking second and Ditlev completing the podium.

Interview with Funk after the finish:

[VIDEO] Triathlon: This is what all can go wrong when mounting your bike