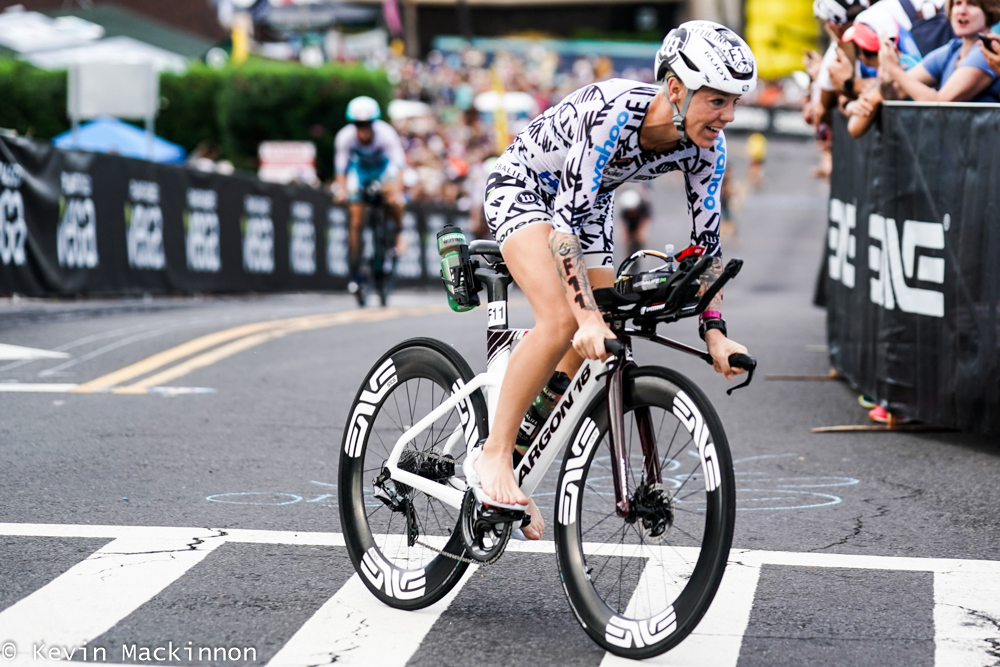 Jackson runs her way to a big win at Ironman Florida

A pair of Europeans appeared to be on track to take the day in Florida today as The Netherlands’ Sarissa de Vries led off the bike before Switzerland’s Imogen Simmonds moved to the front during the marathon, but in the end it was a pair of Americans who would lead the way at Ironman Florida.

With waves and currents making the swim a long ordeal for all the athletes, it was former collegiate swimmer Rachel Zilinskas (USA) who led the way out of the water in just under an hour (59:38) with de Vries 1:11 behind and Simmonds at 2:19. American Skye Moench, the Ironman Chattanooga champion, was 7:52 down, while Heather Jackson came out of the water 10:41 behind the leader.

It didn’t take long, though, before de Vries, who won the World Triathlon Long Distance World Championship in Almere, The Netherlands in September, blasted to the front of the race. Off the bike de Vries was still in front, 2:16 up on Simmonds. Then there were three Americans ready to make their moves – Jocelyn McCauley (fresh off delivering her second child five months ago) was 5:48 behind, Jackson was 6:32 back, with Moench just four-seconds behind her.

De Vries would stay in front through 8 km, but Simmonds would move ahead shortly after that and the world champ would eventually pull out of the race.Jackson and Moench were running together, chasing the Swiss star, but only gaining a few seconds every km, seemingly setting the race up for a close final few km.

That all changed, though, shortly after the women started the second half of the run. Jackson finally managed to break away from countrywoman Moench, and started to gain time on Simmonds. Through 25 km the lead was down to just 13 seconds, with Moench 1:27 behind in third and McCauley over 10 minutes back in fourth. Jackson would move to the lead, and Simmonds would lose more time as she sat on the side of the road for a few minutes as Moench moved past her into second.

There was no touching Jackson through the rest of the marathon, though, as she cruised to an impressive win in 8:52:57 after a 2:59:28 marathon. Moench would take second in 8:56:36, while Germany’s Laura Zimmerman would run her way to the last spot on the podium finishing in 9:08:01. McCauley would take fourth in 9:10:01.