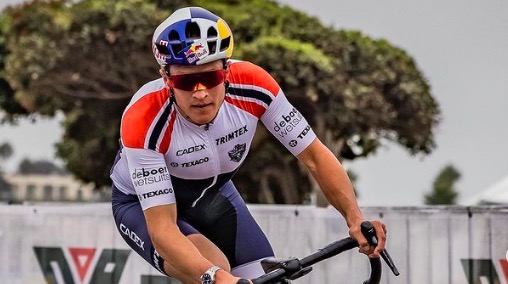 Formerly known as Challenge Daytona, this weekend’s Clash Daytona race will be streamed live on Facebook Live, giving triathlon fans a chance to watch Kristian Blummenfelt as he looks to add another big win to what has already been an incredible year.

Blummenfelt is, of course, the Olympic champion, and followed that win up with another big day at the World Triathlon Championship Series (WTCS) Grand Final in Edmonton, which netted him the WTCS world title, too. A flat tire sidelined his chances to add another world title at the Ironman 70.3 World Championship in St. George, Utah, which was won by his countryman Gustav Iden, but Blummenfelt would take a huge Ironman win in his debut in Cozumel, where he blasted to a 7:21 finish.

This weekend’s race includes a 2 km swim, an 80 km bike on the Daytona International Speedway and then an 18 km run, also around the Nascar track. There’s $100,000 up for grabs, with $15,000 going to the winner. The race will be streamed live on Facebook Live – there’s a US$1.99 charge for those who sign up for the coverage now, with the price going up to $2.99 48 hours before the start. You can find more information on the live coverage here.

While all eyes will be on Blummenfelt this weekend, he’ll have some stiff competition. A speedy group of Americans including Ben Kanute, Rudy Von Berg, Colin Chartier, Matt Hanson and Andrew Starykowicz are racing. On the international front there’s Denmark’s Magnus Ditlev and Belgium’s Bart Aernouts.

The field isn’t as large as last year’s event, which also served as the Professional Triathletes Organisation’s 2020 Championship, but still promises to be a competitive one. Here’s a list of the men competing on Saturday:

With two-time defending champion Paula Findlay out of the race due to injury, the women’s race is packed with potential podium finishers. After a tough year Challenge Miami champion Jodie Stimpson (GBR) has been training in Florida for a bit and appears ready to go for the win. The field, though, is filled with women who are racing well, including American Jackie Hering, New Zealand’s Hannah Wells, Great Britain’s Lucy Hall and Spain’s Sara Perez Sala, who had a huge swim and bike performance at Challenge Miami earlier this year, too. Super moms Mirinda Carfrae (AUS) and Meredith Kessler could also feature in the medal hunt, as could Great Britain’s Laura Siddall.