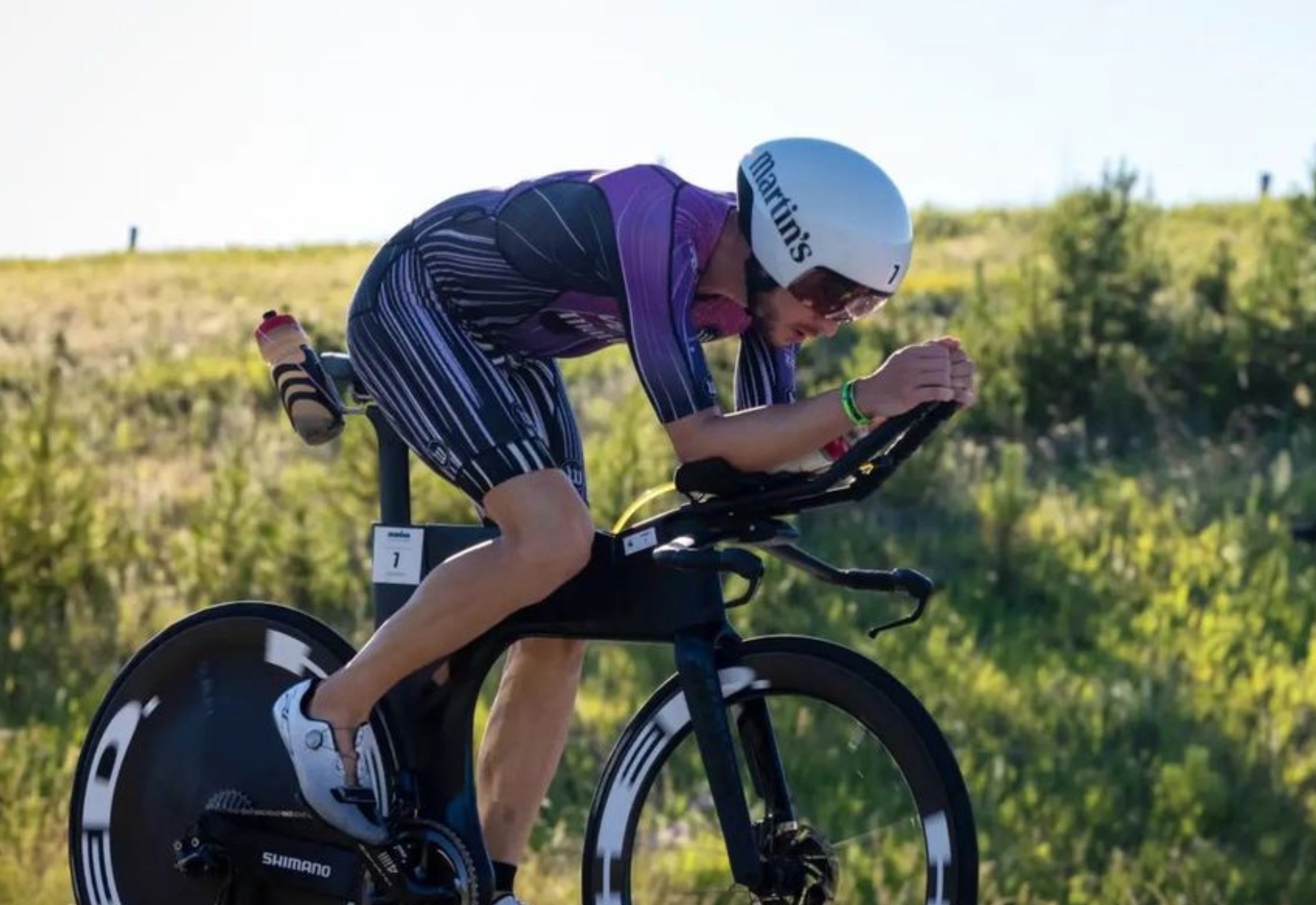 Pro triathlete Cody Beals: “Rise in competition most dramatically on the bike”

Like any other (pro) triathlete, Canada’s Cody Beals works hard to improve just as much as his competitors do, but every year it seems harder to match the crazy speed that some athletes pull off. He believed that the eight-hour barrier is broken more often, mostly because of the improved bike discipline, he wrote on his blog. “I’ve noticed this rise in competition most dramatically on the bike. I’ve improved across all three disciplines over my eight years racing pro, but I’ve still lost ground on the bike relative to the best. Being competitive on two wheels demands not only a new standard of fitness, but also a new degree of tech optimization and tactical acumen.” In his blog, Beals points out what he believes needs work.

One obvious pointer is the “role of tech”, as Beals mentions in the last paragraph of his blogpost. That working on your aerodynamics is key in becoming faster, is no surprise, so let’s have a look at the other things that play a role according to Beals: pacing, tactics and drafting. A few months ago, we already talked about a post that Beals shared on how pro athletes nowadays pace their bike part so unevenly. Something he now expands on.

A game of tactics, no time trial

It was during Ironman Chattanooga 2021 – that featured some ‘uber bikers’ like Lionel Sanders, Sam Long and Joe Skipper – that Beals realized how much the standard has risen when it comes to cycling in triathlon. Additionally, it’s become more of a tactical game of when to go along and when to make your competitors suffer. Much less of a time trial effort. Something reflected in his much fluctuating power files, Beals says.

“Parts of this race look more like a sprint than an Ironman; ten percent of the ride was above threshold with peaks of one minute at 451W, five minutes at 377W and twenty minutes at 335W.”

“This ride wasn’t perfectly executed, but I wouldn’t have changed much”, Beals continues to say. “After a good swim, I started the ride alone at the front until Joe, Sam and Ben soon caught up. The pace was suspiciously comfy for a while before a series of brutal surges near the halfway mark that eventually gapped me and Ben. The second lap was like Mario Kart dodging age groupers, traffic, bumps and gear strewn on the road.”

When comparing his average power (AP) and normalized power (NP) with some Ironman events that Beals – who mentions to have an FTP of 350 to 365 and weigh 70 to 72 kg – won in 2018 and 2019, you see that for his fourth place in Chattanooga 2021 Beals had to push a higher power, but it didn’t equal a golden medal this time. And that’s not only the case for the data of this specific race. “Looking back, these past performances (the watts Beals pushed in races that he won in 2016 until 2018, ed.) wouldn’t be enough to break away or win typical 70.3 races just a few years later.”

“The more competitive the field, the more athletes respond to one another”

“As an iron-noob, I assumed that full distance racing would play out more like an individual time trial. I figured that everyone would stick to their plan and carefully guard their energy”, Beals, who was surprised by how Ironman is approached when racing in a tough field, adds. “The more competitive the field, the more athletes respond to one another. My tactical playbook became less about hitting certain numbers and more about how I’d react to various scenarios—if this, then that… The strategic value in hanging with, dropping or bridging up to other athletes on the bike is rooted in the physics of aerodynamics. There’s a decisive draft benefit even at the standard 12-meter spacing allowed between cyclists. This benefit grows significantly the deeper athletes are in a legally spaced pack or the closer athletes stray into that “12 meter” zone (without copping a penalty).”

Whether it’s a matter of approaching a race differently when it comes to tactics, whether his aerodynamics still need a little fine-tuning or whether it’s a matter of simply pushing more watts – and being able to deal with some high peaks in a race – Beals is motivated to work hard to match the speed of triathlon’s ‘uber bikers’, he concludes his blogpost.

Read Beals’ full analysis of his own race results and the performance of his competitors here.