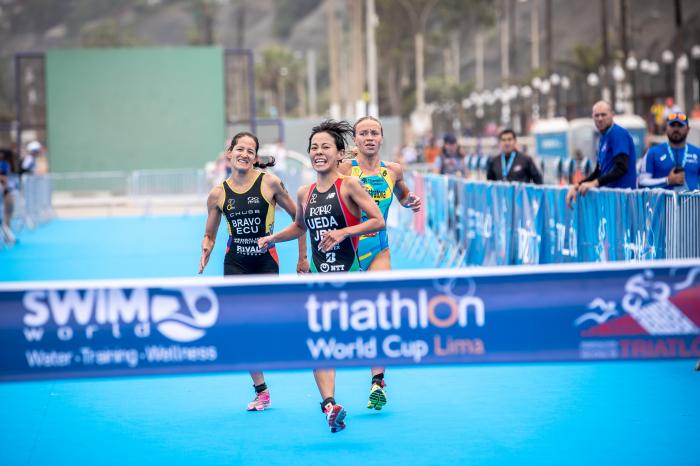 An elite triathlete since 2003, Ueda’s busy race schedule over the years means she’s done more World Triathlon events than anyone else. In all of those races she has recorded numerous World Cup wins and finished on the podium over 50 times. Some of the highlights of her career include the gold medal at the 2013 Cali World Games duathlon, more runner-up world duathlon championships finishes in 2018 in Fyn, Denmark and in 2015 in Adelaide, Australia, numerous national and Asian titles, along with a bronze-medal performance at the World Triathlon event in front of a home-country crowd in Yokohama in 2016. In addition to her tireless racing around the world for almost two decades, Ueda also served on the World Triathlon Athlete’s Committee and was appointed to the Executive Board in 2020.

“Congratulations to Japan’s gracious and always smiling Ai Ueda, on an outstanding World Triathlon career, with 200+ race starts and a thread of exceptional blue-carpet results,” World Triathlon said in an Instagram post celebrating her career. “The Japanese Olympian will always be part of the World Triathlon family and leaves an incredible legacy, with everything achieved in the sport.”

“I have three main things that act as my sources of motivation,” she told Olympic Channel in 2020. “The first one is to have a dream to achieve. The second is a smile. Always staying positive and having a smile on your face. The third is not having limits. I think if you put limits on yourself you stop yourself from growing to your full potential. For me, having ambition is massively important for personal growth.”

Ueda isn’t leaving the sport entirely, it would appear, just draft-legal racing. In a post on her Instagram page she says she’ll be focussed on long-distance racing in the future. In another post after WTCS Hamburg, she said that she “would like to move on to the next step and enjoy a wide range of competitions such as middle, long distance and duathlon.”

“There is a limit to ability, but there is no limit to aspiration,” she continued.

“I would appreciate it if you could keep an eye on me,” she ends her “Thank You” Instagram post. We certainly will be watching to see her upcoming long-distance race performances.