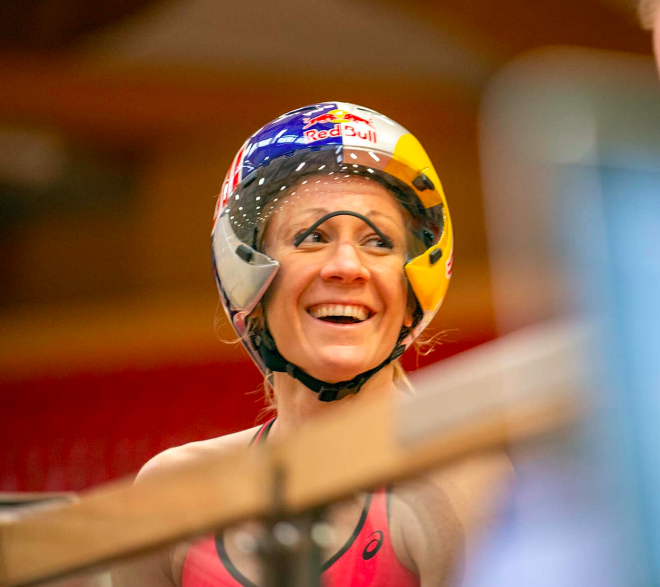 She won the Ironman World Championship on Hawaii four times in a row, and she won about 40 middle and long-distance events, yet, she doesn’t refer to herself as a professional athlete. We’re talking about Daniela Ryf. The Swiss star triathlete opened up in an extensive interview with Sportlerin, saying: “I’m actually not really a professional athlete, because I don’t like to go train. I just find ways to motivate myself. I don’t think about what the training could bring me on the long run, but I do know that it will make me feel better and that I feel more comfortable lying on the couch afterwards. I’m a short-term thinker, and I’m good at manipulating myself.” Ryf is also open about the problems she dealt with in 2020 and 2021, her study, motivation and love life.

The motivation to train hard and improve, didn’t come from a dream of winning the Ironman World Championship, Ryf explains: “I didn’t necessarily want to become a pro triathlete. It was more the will to get better and to push boundaries, but I’ve never been a person who looks far ahead. If I look too far ahead into the future, it only depresses me.” As part of her studies Food Technology and for the subject of psychology – something Ryf has given a lot of focus in 2021 – she took a closer look at her own thinking patterns. That’s how the Swiss athlete discovered that she is more successful when she takes things day by day, from one training session to the other. “I shouldn’t think about the fact that there is an important race in seven months time.”

That’s how Ryf got to understand herself better, she tells Sporterin: “I’ve had a few major setbacks in my career, and they eventually helped me grow. I wasn’t always aware of that. I discovered that I respond in a very specific way to setbacks, while I always thought it were intuitive decisions that I made. After being a pro athlete for five years, I dealt with problems with my immune system; that’s when I started a new study. After another five years in pro sports, Covid-19 hit, I felt empty, and I started another study program. Sometimes you need negative experiences to get onto a new and better path.”

When Covid-19 came, Ryf started to feel doubt, she said in another interview at that time. “When I in 2018 – after being stung by a jelly fish – won the Ironman World Championship for the fourth time in a row, it was an incredible performance. ‘How could I ever beat that? Am I able to beat that?'”, Ryf wondered. “A hard year followed, with injuries and a pandemic. I didn’t really know what I really wanted. Now I’m back to studying and that is a great balance.”

In that same interview, Ryf mentioned that she had fallen in love with a woman. “It wasn’t a ‘coming-out’, I just told it like it is. The fact that you can love both men and women, makes it impossible for people to place you in a certain box. I get that people like to think in boxes; it makes it easier to understand someone. But I don’t want to force myself. I can’t tell whether I will be with a man or a woman in five years from now.”

You can read the entire interview – in German – here.