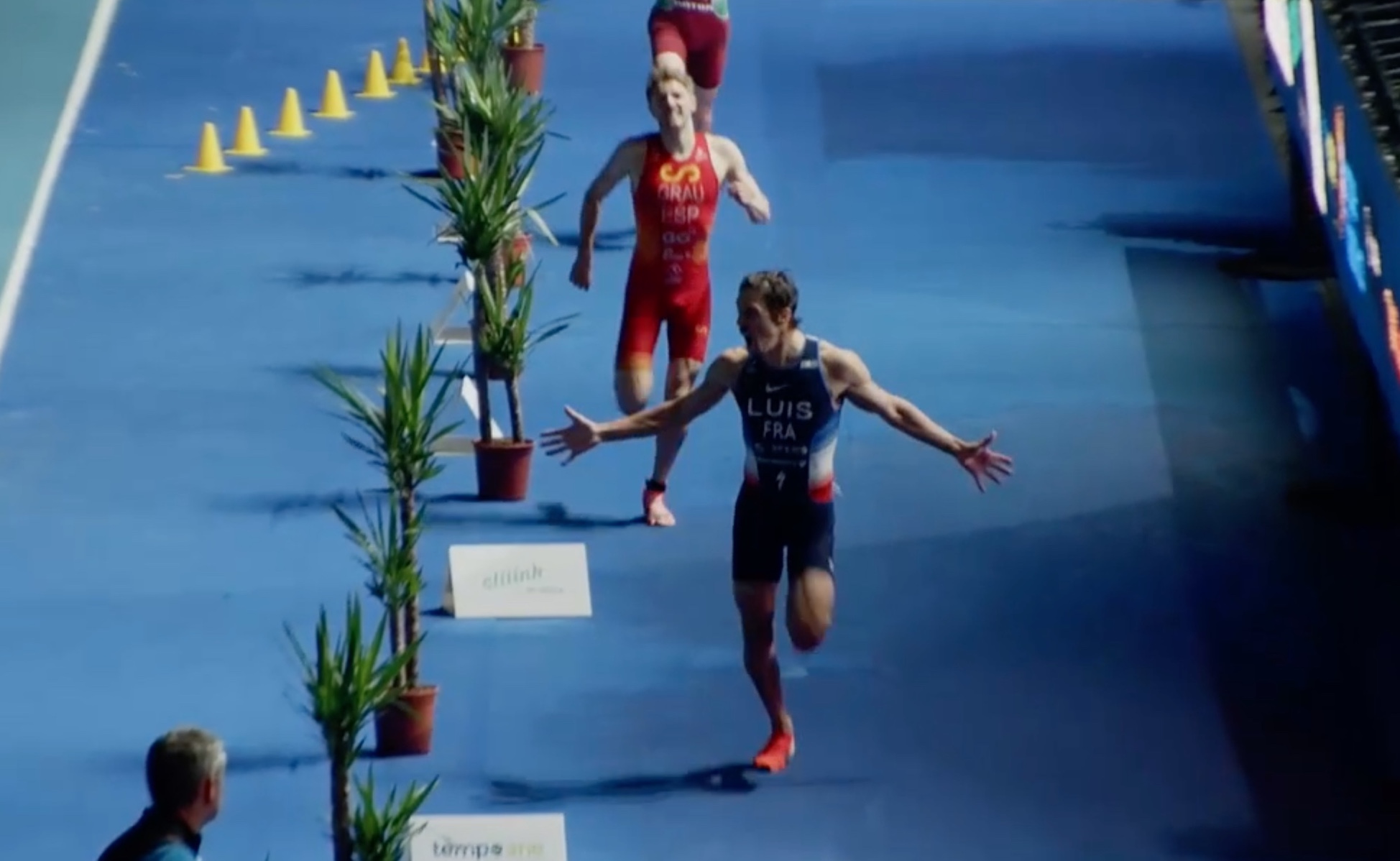 An incredible race from start to finish just saw Vincent Luis win the Europe Triathlon Cup in Lievin, home soil for the Frenchman. In the women’s race, it was Germany’s Nina Eim who delivered an amazing performance, mostly thanks to her strong run.

It was a long day for those athletes who ended up in the finals – consisting of an A and B final – as they got there through a qualifier race, possibly the repachage, and the semi-finals. That means some athletes raced as many as four events, while others raced “only” three, or even less in case they were eliminated. Each race athletes covered a distance of 150 meters of swimming, three km of cycling and 1000 meters of running.

It may have been Belgium’s Joris Bassle who got to enjoy the lead for a little while after the swim, Vincent Luis made it clear from the start that he had come out to Lievin for one thing: winning. Luis jumped onto his bike in second place and completed his surge to the front in a matter of seconds. Once he was there, he didn’t let go and made his followers suffer, although no athlete ended up being dropped.

Once he got to hit the run course, Luis really hit the gas. He wasn’t the only one who craved a nice battle. Fellow Frenchman Nathan Grayel was just ahead of Luis after exiting T2, but a few seconds later he had to let Luis, Hungary’s Csongor Lehmann and Spain’s Genis Grau pass.

Given the extreme short distance, the race was exciting until the very end. However, Luis already seemed to have a little extra left in the tank. After a tight sprint between Luis, Lehmann and Grau, it was Luis who ended up on the best position: first. Grau took second and Lehmann completed the podium.

Just like she did in the semi-finals earlier today, it was Belgium’s Jolien Vermeylen who showed to possess some great swim skills as she exited the water in first place, just ahead of her competitors. Eim jumped onto her bike in 4th place with a five-second deficit.

It didn’t take long though before a big group was formed on the bike. For fifteen laps and three kilometers, there were no breakaways whatsoever, which saw the entire field entering T2 simultaneously.

After a quick transition, Belgium’s Valerie Barthelemy was first to conquer the run course. Eim, Tertsch and Vermeylen followed right in her footsteps. Vermeylen opened with some great speed and therefor ended up moving to first place. Eim and Tertsch chased her down, while Barthelemy was soon passed by all three of them.

The three gave each other a hard time, and while it was Vermeylen leading most of the way, Eim took over with 500 meters to go until the finish line. Tertsch also made a move in the final stretch. That didn’t play out well for Vermeylen, because with about 200 meters to go she had to let Tertsch fly by too.

It was Eim who crossed the line in first place, Tertsch who claimed silver and Vermeylen who settled for bronze.