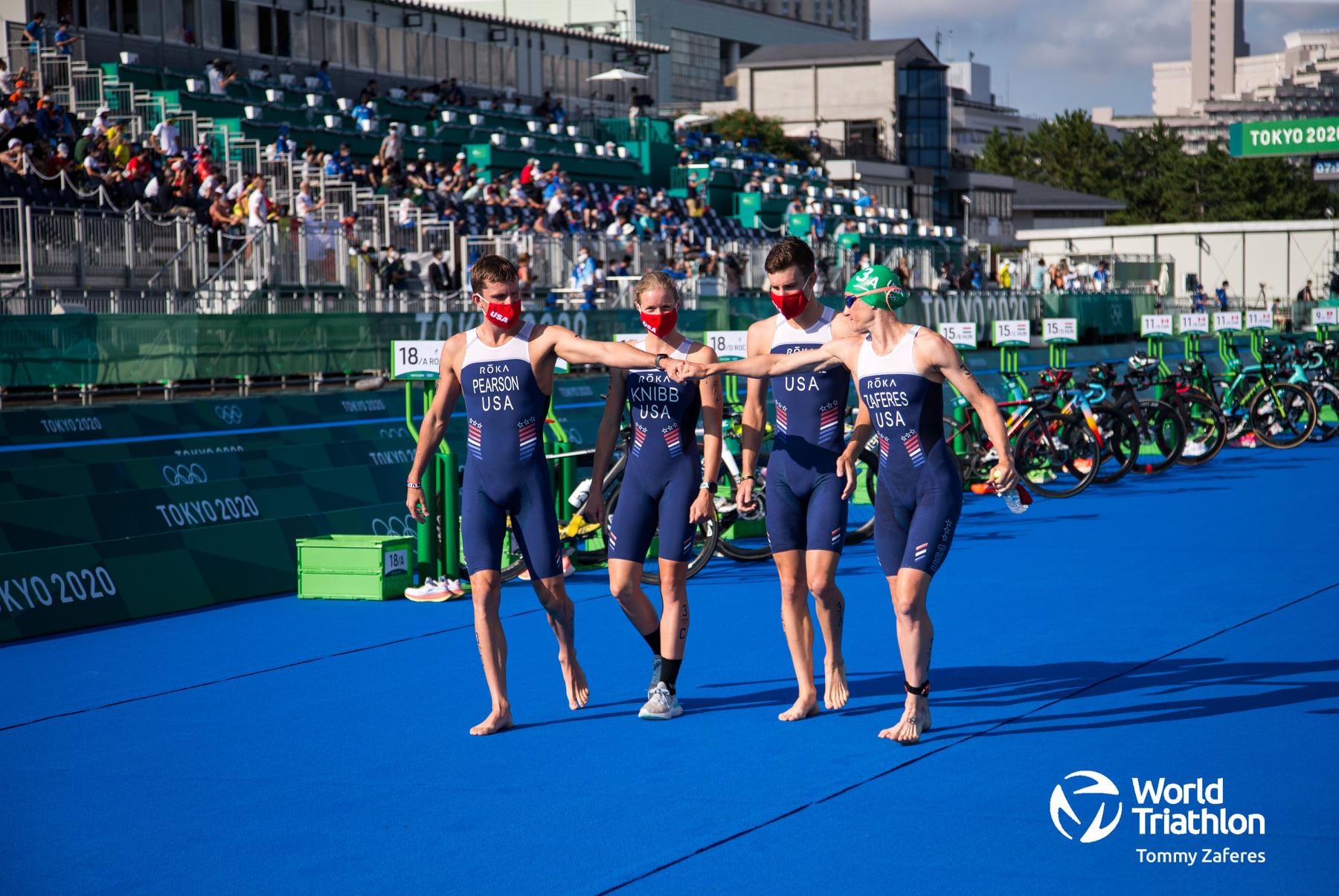 Last week we reported on the USA Triathlon Age Group triathletes of the year, now we can fill in the names to go along with USA Triathlon’s elite, U23, rookie and junior triathletes of the year. Katie Zaferes earned the Olympic/ World Triathlon Triathlete of the Year for the fourth time, while Kevin McDowell earned the title for the first time. (They are pictured above on the right alongside mixed relay teammates Morgan Pearson and Taylor Knibb.)

“I am very honored to receive this award considering how many of the USA women had great achievements last year,” Zaferes said. “It’s extra special for me because this year was so challenging. I’m proud of being able to regroup and refocus with the assistance of the team of people that surrounds me in order to achieve one of my biggest goals, which was to win a medal at the Olympics.”

McDowell was also part of the mixed relay team in Tokyo, where he appeared in his first Olympics. He was sixth in the individual race.

“It’s a huge honour to receive this award after so many great performances on the U.S. men’s side, which has been really exciting,” McDowell said. “This wouldn’t have been possible without the entire team behind me, my family, coach Nate Wilson, physio/medical, friends, community, and USA Triathlon. It truly takes a village to do what we do and perform at the highest level. I’m thankful for the one I’ve got.”