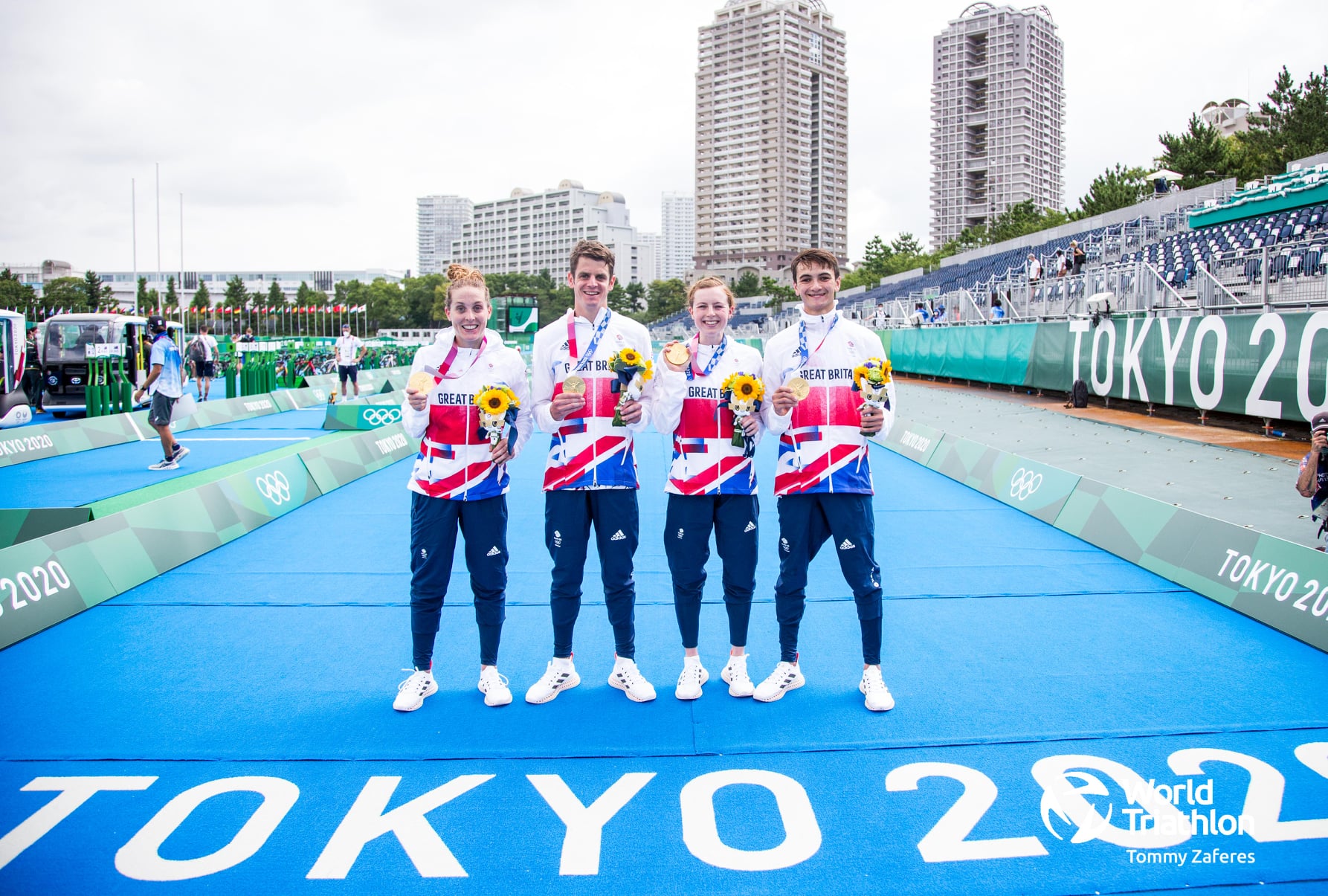 With two years to go until Paris 2024, the IOC has approved the Olympic Qualification Criteria for the upcoming Olympic Games. Just like in Tokyo 2020 (which took place in 2021) triathlon will have three medal events: the men’s individual race, the women’s individual race and the Mixed Relay. In total, 110 athletes get to participate, 55 men and 55 women. The qualification period will start on May 27, 2022, and run until the same day in 2024.

There are many ways for countries and athletes to earn their slot for Paris 2024. Just like last time, countries can earn points for the Mixed Relay by racing the numerous Mixed Relay events that World Triathlon organizes.

The team that wins the 2022 or 2023 World Triathlon Mixed Relay Championship (Jun. 26, 2022) will directly qualify for the Mixed Relay event. The French team will automatically qualify, as they’re host country. A roll down will happen in case a team wins that was already qualified.

Furthermore, the top six finishers – countries – in the Mixed Relay Olympic Qualification ranking on Mar. 25, 2024, will earn two men’s and two women’s quota places. Also, here a roll down will happen, in case a country had already qualified.

Another chance for countries to earn a qoata, is by finishing first in the Mixed Relay Qualification Event, taking place on Apr. 15 and May 27, 2024. Only countries that didn’t yet qualify will be allowed to race these events.

Through the above-mentioned qualification criteria, 22 out of 55 places should have been allocated. Another 26 Olympic slots, can be earned through the Individual Olympic Qualification Ranking. Countries who have already earned a slot in the Mixed Relay event, will not be considered.

Athletes ranked in the top 26 on May 27, 2024 will be allocated a quota place, as long as they don’t exceed the maximum quota allocation set by their National Olympic Committee. To be eligible, athletes should always be among the top 140 places in the Individual Olympic Qualification Ranking, too.

Another way for a country to earn a quota is by invitation. A maximum of two invitations will be awarded by a special commission. Countries who receive this must still have athletes ranked in the top 180 of the World Triathlon Ranking.

Finally, these quota places are earned by a country. It’s up to the National Olympic Committee to decide which athletes they nominate. Countries who have at least three athletes among the top 30 in the Olympic Qualification Ranking will be allowed to qualify three athletes, while others earn a maximum of two quotas per gender.

National federations, who have two men and two women qualified, will be given a slot for the Mixed Relay event, no matter what qualification method they followed. Athletes are allowed to participate only in the Mixed Relay event and therefor free to skip the individual event of Paris 2024.