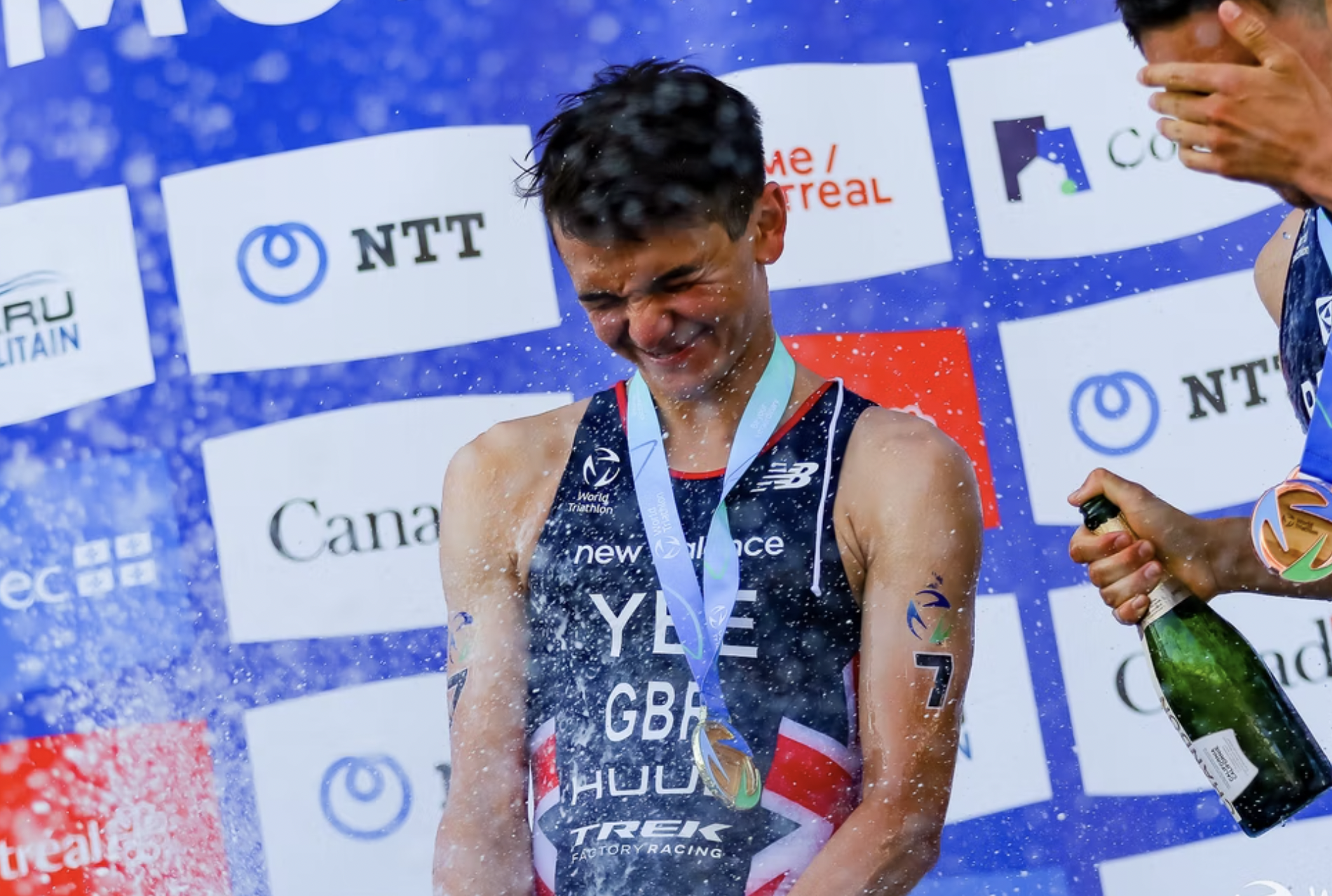 Alex Yee sprints to the victory at WTCS Montreal

Another big victory for the talented Alex Yee. The British athlete won yesterday’s World Triathlon Championship Series in Montreal, outrunning New Zealand’s Hayden Wilde and France’s Leo Bergere, who we have seen on the podium at some other major events this year too.

Athletes raced following an Eliminator Format, which meant there were three short triathlons – 300 m swim, 7.2K bike and 2K run – after which the last ten athletes were eliminated each time. Starting with 30 athletes, that left ten athletes to race the finale stage.

In that ultimate race – the battle among the fastest ten men – Yee was the last man of a little breakaway group of six to be out of the water. France’s Vincent Luis ran to his bike in first place, followed by Bergere, France’s Pierre Le Corre, Morocco’s Jawad Abdelmoula, Belgium’s Marten van Riel and Yee. While the first six athletes reached their bike within ten seconds from each other, the seventh man – Wilde – was 15 seconds behind.

On the bike, that eventually all came back together, except for Portugal’s Joao Silva. That the athletes in front weren’t working together perfectly to keep the chasers out of sight, became clear when even Wilde was able to jump onto the train after he had a little hiccup with his chain coming loose. Fortunately for Wilde, he didn’t have to dismount, and he fixed the matter quite fast. Before T2 he joined the first men, together with Belgium’s Jelle Geens and Spain’s Manoel Messias, who had also missed the front pack in the water.

Initially, it were Messias, Bergere, Le Corre, Luis, Wilde, and Yee who were found in front on the run, but then Wilde places an attack, leaving only Yee to hang on. Until the final stretch, the two ran alongside each other, but with the finish line in sight, Yee eventually showed to have energy left to pull off a strong final sprint. That meant it was Yee who claimed the gold, while Wilde settled for second. Bergere completed the podium, staying clear of Geens, who took fourth.

“That one meant a lot”, Yee said after the finish. “After a crash (Yee crashed during WTCS Leeds earlier this month, ed.) you can lose a bit of belief and the last two weeks have been hard, but I came in here more fired up than ever. That may have played against me the first few races, but after the last race I only just made it through, and I just wanted to strip it back and enjoy it. Another great race with some great guys, it means a lot. I found my flow at the end. I’d been struggling through the rounds and my run has almost been a weakness, but that last 100 meters I felt amazing and the crowd roaring me on was amazing.”