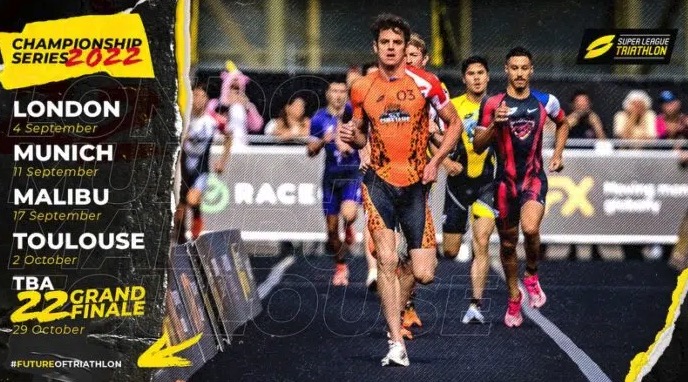 Super League Triathlon is turning up the heat ahead of its 2022 Championship Series – revealing the first set of star names set to compete over five events in September and October. Today’s announcement confirms the return of defending champion Georgia Taylor-Brown as well as major rival Beth Potter. Sian Rainsley is also in the series after her impressive performances at the Arena Games Triathlon, while Kirsten Kasper makes a return after missing 2021 through injury.

The first men to be unveiled include big guns such as Jonny Brownlee, Hayden Wilde, Vincent Luis and Marten Van Riel. There will be an intriguing debut too for American Morgan Pearson, who many are tipping as a potential future champion. Also back in the reckoning after missing last year through injury is fan favourite Tyler Mislawchuk. Max Stapley is another who gets his chance after performing well at the Arena Games Triathlon.

The announcement of athletes means that fans can begin to piece together their own ‘dream team’ ahead of athlete draft decisions to come during the summer.

‘The team concept is developing further this year after a debut in 2021, with one team franchise owned by fans, who are being given the opportunity to make major decisions which will have a significant impact on the racing.’

Fans who sign up to become team owners will help decide which athletes get drafted into the team, giving the chance to play fantasy triathlon in real life and have an impact on who might win the 2022 Championship Series. They will also get to input on a range of other team issues from kit design through to major tactical decisions.