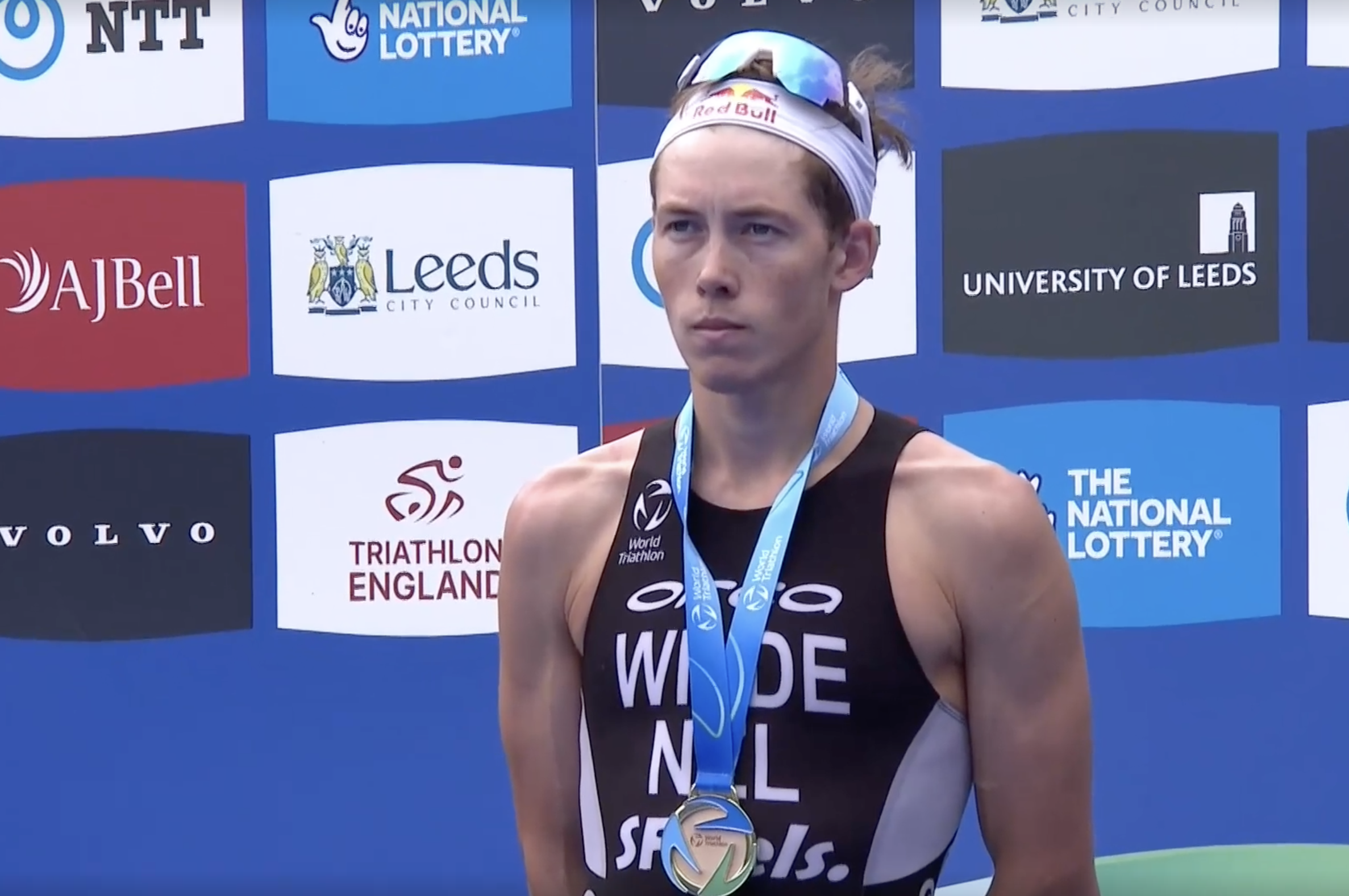 An incredible run saw New Zealand’s Hayden Wilde just break the tape at the World Triathlon Championship Series in Leeds. It was a special race, with quite some bad luck for some of the race favorites. With Vincent Luis riding into a fence and serving a penalty, Alex Yee and Jonathan Brownlee being out due to a crash, and Marten van Riel hurting himself as he stumbled across the finish line.

During the 750 meters of swimming, there were no big breakaways. It was Hungary’s Mark Devay who noted the fastest swim time: 8:42 minutes. Italy’s Michele Sarzilla and France’s Leo Bergere followed in his feet. It was busy in T1, with the top forty athletes all entering within about 20 seconds.

In the first kilometers of the bike part, Vincent Luis and Bergere took off, trying to avoid the merge of a big lead pack. Behind them, a group of 33 athletes started the chase. After one of five bike laps, Luis and Bergere were leading by sixteen seconds. Olympic silver medalist Hayden Wilde wasn’t too happy about that; surprisingly, he decided to try to bridge the gap on his own.

During the bike part, two of the local favorites, Jonathan Brownlee and Alex Yee, had to quit their race, possibly due to a bike crash.

Wilde’s attempt of reaching Luis and Bergere on the bike failed, which meant that the athlete had to settle back into the big chase group.

In the final lap of the bike part, Luis and Bergere extended their lead to 30 seconds. It was nearly all for nothing for Luis, as he thought he had to do another lap once they reached T2. The French athlete rode into the fence and lost quite some time. Not only because of a slow transition, but also because of the penalty that he had to serve later.

Bergere conquered the first part of the run on his own, but soon Wilde started breathing down his neck. With about 2K to go, the Kiwi caught up with Bergere and took off on his own. There was no stopping Wilde anymore, as he ran towards a big win. Bergere settled for silver, and Germany’s Lasse Lührs – who won his first medal ever at this level – surprised with an amazing third place. Luis ended up taking 10th place.