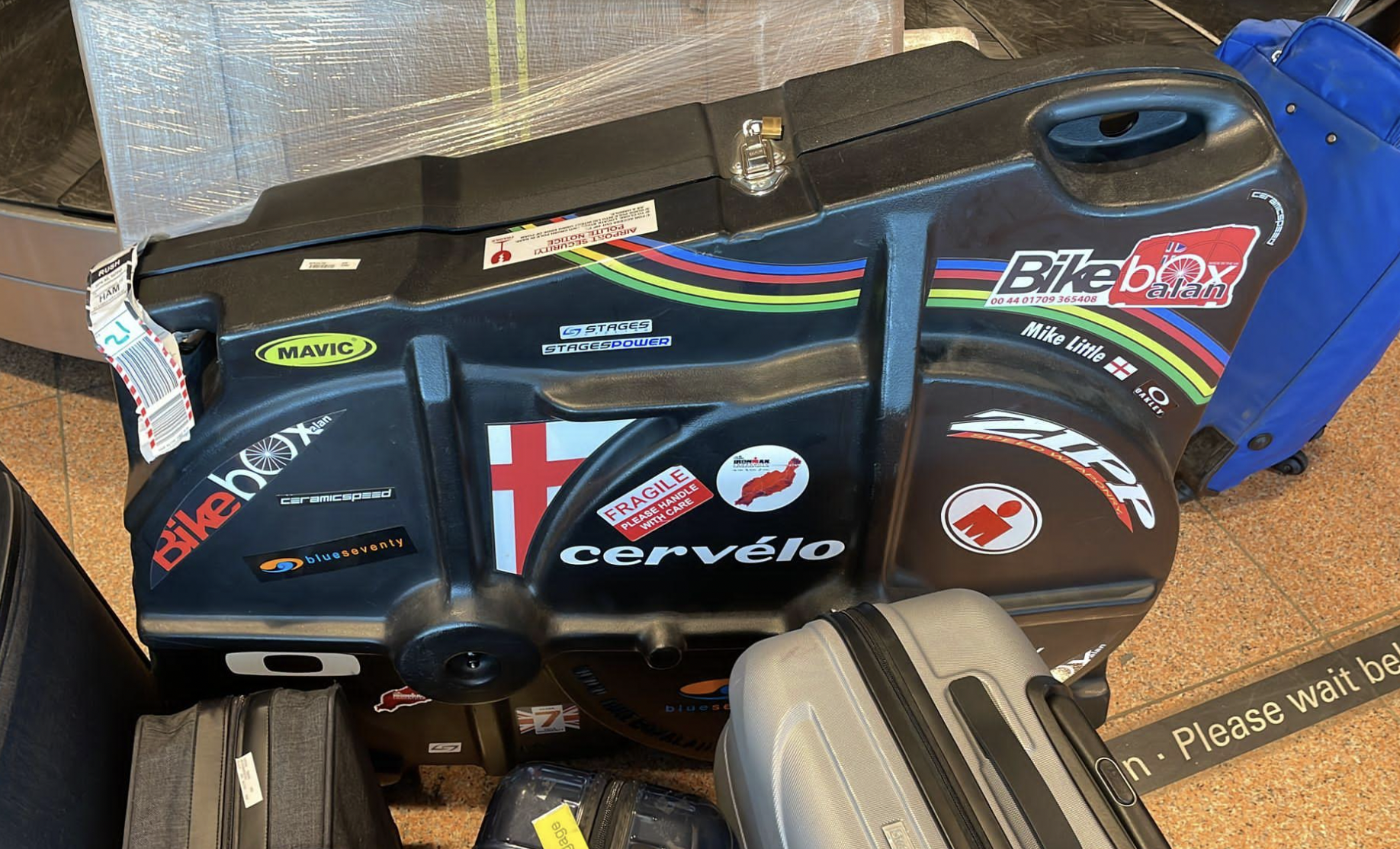 Mike Little lost his bike for seven weeks after flying with KLM: “It has been horrendous”

From May 31 until July 22 – 53 days – Mike Little had to do with his Cervelo TT bike. After traveling from Newcastle to Hamburg, with KLM, and with a layover in Amsterdam, Little ended up racing the Ironman European Championship in Hamburg on a different bike than the one he’s used to. That Little had to wait nearly two months for his bike to be returned was not even the biggest problem, a total lack of information was. It’s something that used to happen occasionally – although never for this long – but it’s an issue that many triathletes nowadays have to deal with when flying: lost luggage, and in the worst case, bike bags.

Little explains how he was kept busy for days, driving back and forth to the airport in Hamburg. “I received an email from KLM saying the bike and luggage would arrive with the next flight and that it would be delivered by courier to my hotel. This didn’t happen. I spent the next four days going to Hamburg airport every day (a three-hour round trip from my hotel) only to be met by utter chaos with mountains of luggage and no customer service staff and no security.”

Fortunately, Little was able to rent a wetsuit and bike for his race. The bike may have been two sizes smaller than his own, but at least now he could toe the line. After pulling off a strong performance and noting a finish time of 10:29:27 hours, good for a 33rd place in the AG 50-54, Little’s focus returned to the bike drama that had unfolded.

“When I got home to the UK there was still no sign of my bike box until I got an email out of the blue on Tuesday Jun. 21 from a Lufthansa pilot and keen triathlete Thies Harms, asking why he kept seeing my bike box abandoned in luggage reclaim at Hamburg airport.” Luckily, Little now at least had a clue of where his bike was at. While you think the story would stop there, and Little would soon be reunited with his bike, that wasn’t the case… “Thies offered to help get my bike box couriered to me, but when he went back on Thursday Jun. 23, he was told the bike box had been taken for processing to be sent back to me.”

Only one month after the bike was located, and seven weeks after Little hopped on the KLM flight, his bike was brought home. “In the meanwhile, KLM couldn’t tell me anything, that is on the rare occasions they actually responded to messages.” When it seemed like Little’s bike would never be found, the airline offered a compensation of 500 British Pounds. “The value of my Cervelo TT bike, the bike box and related equipment is over 12,000 British Pounds…”

Finally, on Jul. 22 Little got a call that his bike box had made the trip back to the UK. While the bike is all good, Little is frustrated with how long he had to wait and with how his issues were dealt with. “KLM and their partner AHS who handle the luggage have managed this process badly. It has been horrendous. Messages and emails were never replied to, phone calls went unanswered, and the IT systems to find and track luggage simply didn’t work.”

“If a member of the public – thanks Thies – could find my bike at Hamburg airport and contact me, why couldn’t KLM?”, Little wonders. “There were nowhere near enough staff to sort out the mess. I had pretty much given up when my bike suddenly appeared out of the blue. When I bought my bike box, I remember laughing about how you could get one with a GPS-tracker, but I was not laughing the last seven weeks.”

Despite all the stress that flying with a bike brought Little, he has great memories of racing in Hamburg. “I would love to race there again, but with my own bike next time.”

Magnus Ditlev on returning in Roth: ‘Last year best performance of my career’