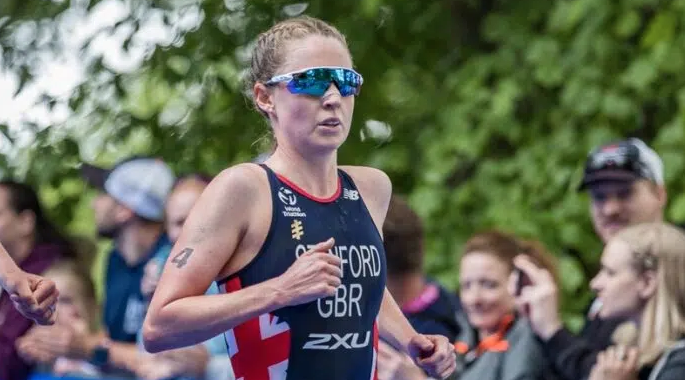 Non Stanford has announced her retirement from elite triathlon after over a decade in the sport. She will take up a coaching role for British Triathlon at the Leeds Triathlon Centre after her final races at Super League Triathlon.

Stanford made the move to triathlon while she was at the University of Birmingham having enjoyed a promising junior athletics career. It was a move that proved successful almost instantly as she won gold in the Mixed Relay and individually in the Under 23 race at the 2012 World Championships.

The standout year for Stanford was in 2013 when she not only started the year with gold in Madrid but secured four medals in the World Series and took the victory at the Grand Final to be crowned World Champion.

After finishing second at both the Rio 2016 Olympic Test Event and Grand Final in Chicago she secured selection for her first Olympic Games. In the race that started on Copacabana beach, Stanford just missed out on the medals with a fourth-place finish.

Her next steps lead her back to the training centre where she spent most of her career with the role of Assistant Triathlon Coach working alongside the centre’s Head Coach Rhys Davey.

“Stepping away from competitive triathlon has been a difficult decision,” Stanford said. “I’ve had such an amazing experience on the World Class programme, despite the many ups and downs that I’ve faced during my career; and that’s largely thanks to the people, both athletes and staff.

“But knowing I’ll still be working with the team, albeit in a different capacity, is really exciting, and I can’t wait to continue my journey with British Triathlon.

“Ever since being mentored by Dame Kelly Holmes in my teenage years, I’ve been intent on one day paying that forward, by giving back to the sport that has given me so much. I’m incredibly grateful that British Triathlon has given me the opportunity to make this passion a reality.”

British Triathlon Director of Performance Mike Cavendish said “Non has had a fantastic career and is truly one of the greats in triathlon. Along with a few others in our outstanding generation of female athletes, she has set the standard for others to follow in her passion, dedication and professionalism.

“Non has always led by example and a number of our younger athletes already owe her a debt of gratitude for the way in which she has welcomed and guided them into our training and competition environments.

“When I found out that Non was interested in moving into coaching I was really excited – though after her performances in Birmingham and Munich I admit I did have to double check she was still as keen. She has achieved so much – and is such a great person too – that her potential to influence a whole new generation of triathletes is immense.

“I personally can’t wait to bring someone of her calibre into our coaching team, and I know those based in Leeds – and elsewhere – will feel the same. Our job now is to support her to be as brilliant a coach as she is an athlete and if we manage to do that, British Triathlon has a huge asset for years to come.”