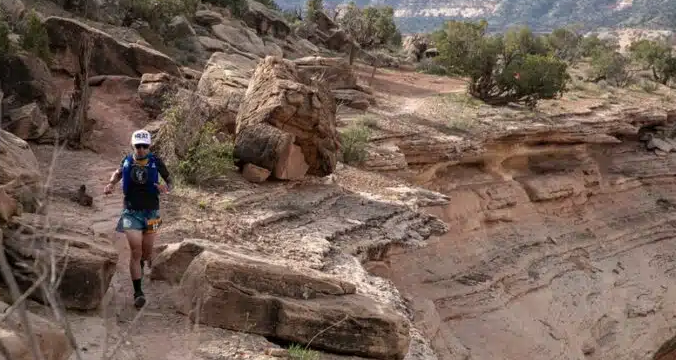 Runners in North America now have six UTMB events across the continent confirmed for next year. Other races include in the region: Puerto Vallarta Mexico by UTMB, Speedgoat Mountain Races by UTMB and Western States 100-Mile Endurance Run.

“We are so excited for the opportunity to become part of the UTMB World Series,” said Kyla Claudell and Reid Delman, Desert RATS Race Directors.

“The Desert Rats Festival has always been a way for our trail running community to connect and celebrate the spring running season on the epic desert trails in Fruita, Colorado, and now we can offer even more festival fun, including a new 100K distance. We can’t wait to see everyone out there crushing their goals at the 20th anniversary Desert Rats in 2023.”

“For me, it’s truly an honour to welcome runners from all over the world to experience some of the best trails on the US East Coast. By adding 100km and half-marathon distances, we have amazing options for those not quite ready to tackle the full 100-mile version.”

After 25 events this year in 2022, the inaugural UTMB World Series concluded last weekend with the Ultra-Trail Kosciuszko by UTMB in Australia.

In total, 56,097 runners took to the trails around the world at a UTMB World Series event in 2022, with 103,315 Running Stones awarded for their efforts as part of the quest to reach the UTMB World Series Finals at the home of trail running, UTMB Mont-Blanc.

In 2023, the UTMB World Series is going to be even bigger, welcoming more runners across the globe to join the UTMB experience – with new events in the USA, South America, Africa, Europe, and Asia.

Maastricht Multisport Rockstars: the ideal ‘race’ to kick off your season