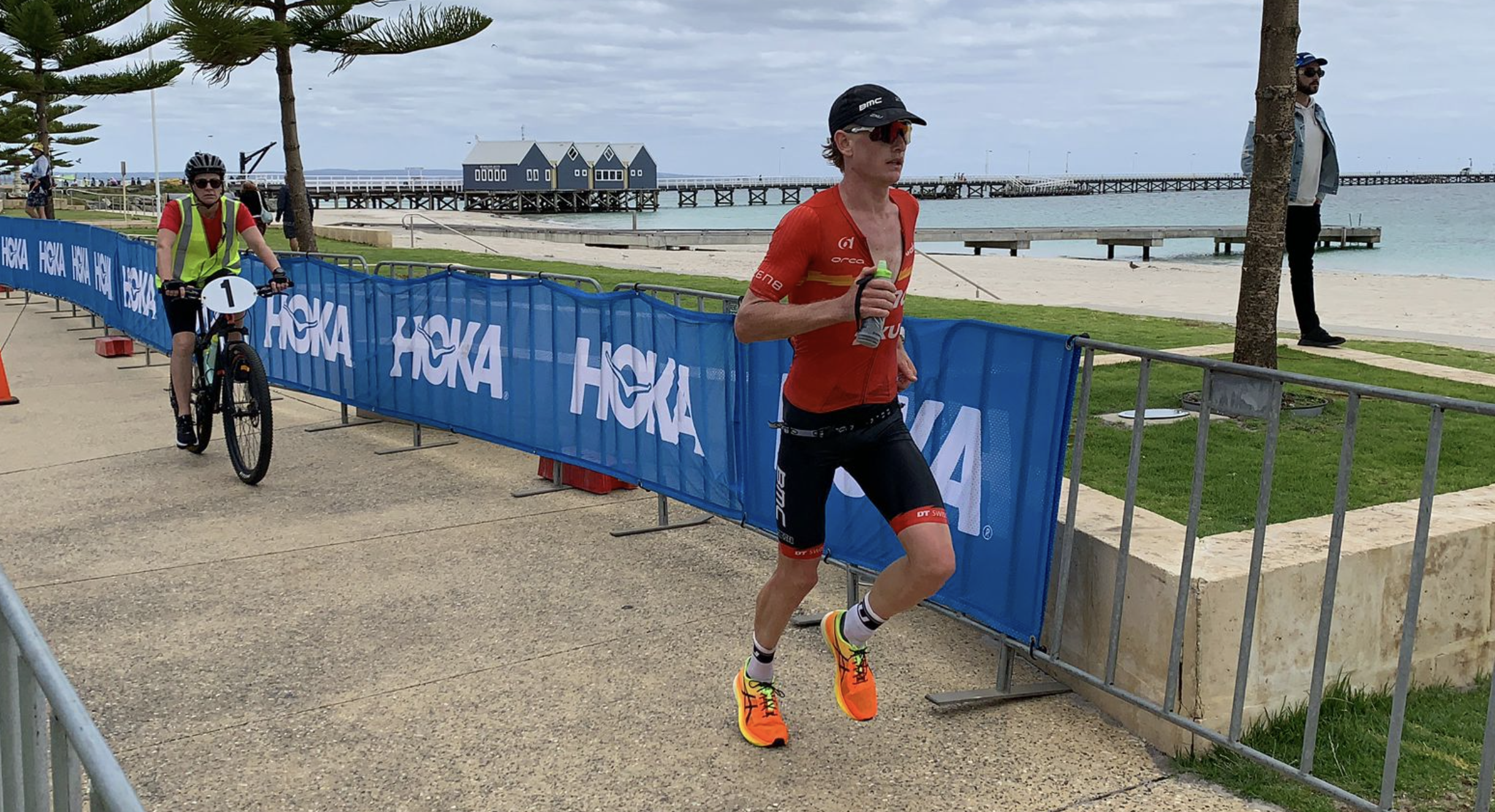 Domestically, Max Neumann and Sarah Crowley just won Ironman Busselton. Neumann was just one second above the course record. In a race – where almost only Australians were participating – both Neumann and Crowley were incredibly strong and ran to a great victory.

Even though it was mainly Australians at the start, two Dutch athletes filled the podium in the women’s race: Els Visser and Lotte Wilms finished second and third behind Crowley.

Wilms was the woman who – living up to expectations – swam the fastest and came out of the water first after a time of 51:48 minutes. Crowley followed, along with Radka Kahlefeldt, at just under three minutes, while Visser was more than seven minutes behind by then and followed as fourth.

On the bike, it was Dutch Wilms who remained in the lead for a long time, but Crowley pushed hard, riding away from Kahlefeldt right away and joining Wilms after just over a hundred kilometers. There she did not wait for the Dutch, as she also rode away from her almost immediately to eventually ride solo to T2. When she got there, she had built up a nice lead of more than 3:30 minutes over Wilms, while Visser, who was third at the time, followed at more than nine minutes.

During the marathon, it became apparent fairly quickly that Crowley would win the race. However, a nice battle between the two Dutch ladies ensued; Visser overtook her compatriot after about 20 kilometers and from then on the two ran together for a long time. Only in the very last kilometers did Visser prove too strong for Wilms. Crowley won the race in 8:46:10, Visser was second in 8:50:49 and Wilms third in 8:52:53.


Neumann leads from start to finish

Neumann actually made the race look particularly boring; he led from start to finish, showing his high level of skill. When he came out of the water after 48:13 minutes he was still tied with Steven McKenna, but after that it was almost a three-minute wait for the next men to come out of the water.

On the bike, McKenna also had to let go of his compatriot Neumann and at the halfway point Neumann’s lead had increased to almost four minutes. At that point, McKenna had already been caught by Matt Burton, who would also dropped McKenna just some moments later.

During the second half of the bike, Neumann began to lose time on an unleashed Burton, but still had enough margin to start the marathon with a lead. When Neumann did so as race leader, Burton followed at only 1:24 minute behind. McKenna was still third and followed at 4:25 minutes.

During the marathon, Neumann actually increased his lead again almost immediately. Burton had a tougher time and was overtaken by McKenna before the halfway mark. At that point it was already clear that Neumann would win the race and he did so in a lightning fast time of 7:45:22, only two seconds too slow for a new course record. McKenna was second in a time of 7:50:49 and Burton third in 7:56:09.