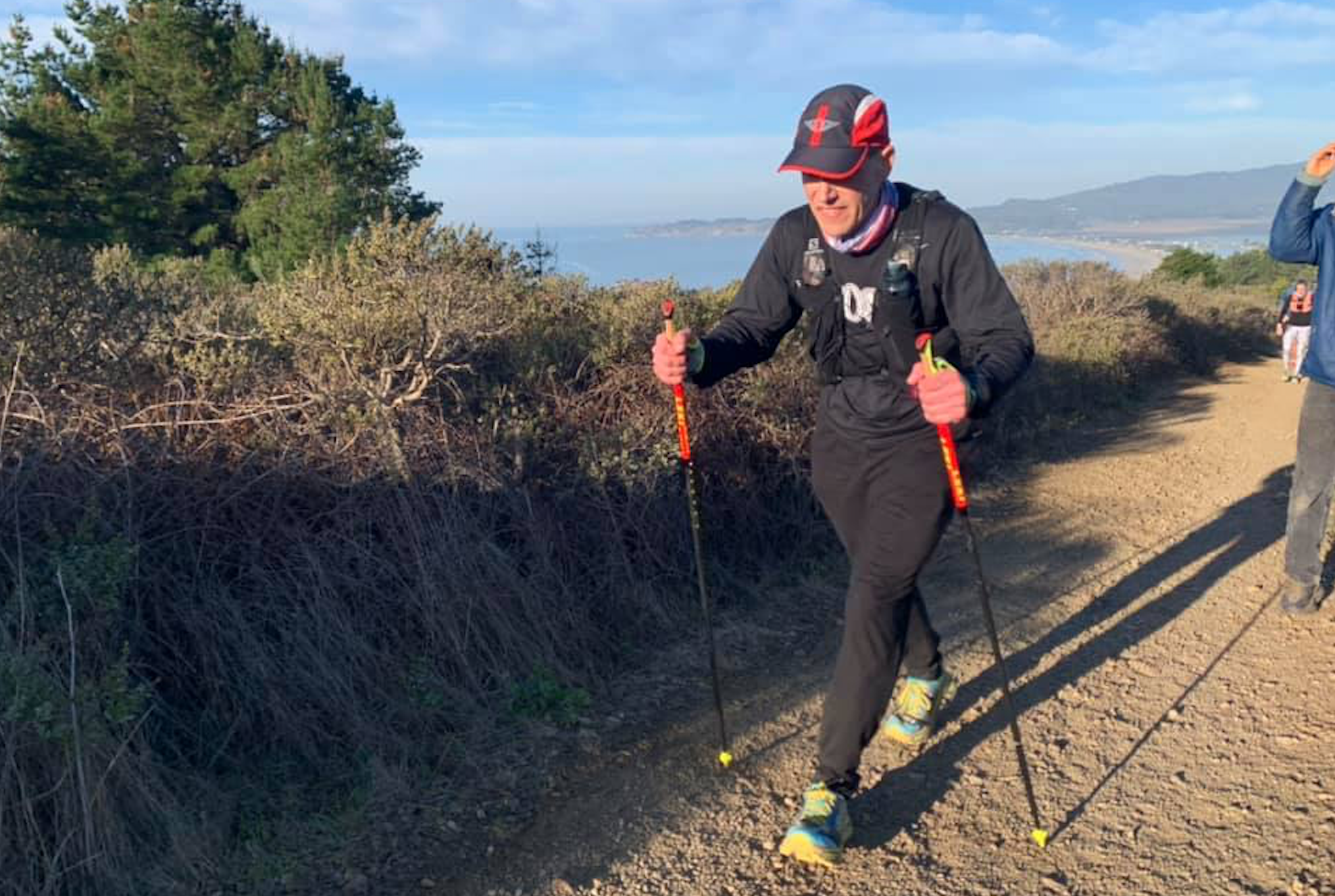 The Quad Quad Dipsea is a perfect example of how you can make a race tougher by increasing the distance – in this case, the distance of the oldest trail run in America: the Dipsea race in Mill Valley, Ca.

When a group of athletes didn’t think a 7.4-mile trail run was enough, they turned it into a “Double.” Then came a Triple. Eventually it evolved into the “Quad Quad.” Only one person had ever completed this extreme challenge that involves sixteen consecutive Dipseas, covering over 100 miles and an elevation gain exceeding that of Mount Everest. But now there is a second man that can tick off this crazy race on his bucket list: Bradley Fenner.

“This was a really meaningful achievement for me. To date I think, from a running perspective, this is the biggest accomplishment I’ve had in an ultra,” Fenner said to the Marin Independent Journal.

It took seventeen years before someone followed in Don Lundell’s footsteps, the first man to complete the grueling event. Fenner finished his race on the December 5. It took the 56-year-old “endurance junkie” 34 hours and 15 minutes to run the 113.2 miles that includes a total elevation gain of about 37,000 feet. Fenner finished seven hours faster than the previous record.

Every year Fenner aims to run at least one 100-miler, but, this year, due to COVID-19, many races got cancelled. That meant he had to come up with his own event. Running a Quad Quad Dipsea was never really on his radar. Though being a well-trained ultra runner, the combination of the extreme distance and elevation gain scared him a little.

‘The finish wasn’t secure until the last mile’

Fenner didn’t ever take a seat or change shoes during the event. Despite having earned medals in many endurance events, he wasn’t sure about this one.

“I didn’t think my finish on the Quad Quad was secure until the last mile. I mean I was just, the whole time, living with the prospect that something still could go wrong and I could still get injured or, in essence, run out of gas. It was not something until the absolute very end that I was confident that I was going to finish.”

It turned out Fenner had no reason to be unsure of his ability. He completed the Quad Quad Dipsea under a champagne shower.

One of the people cheering him on and waiting at the finish line was Katherina Laan, who a few hours earlier completed her own extreme race: running 100 miles by climbing Mt. Tam sixteen times. She had already climbed the mountain 185 times in 2020. However, never more than six times a day. To reach a total of over 200 summits by the end of the year, Laan – a training partner of Fenner’s – planned her own race.

By coincidence, it turned out both athletes picked the same date for their event.

“We both drew a lot of energy and comfort knowing that the other one was out there, about three miles away doing something else. I would periodically get updates about how things were going for her, and it always brought a smile to my face and a little bit more lift to my step,” Fenner said. Laan ended up running 105.6 miles in 32 hours and 43 minutes.