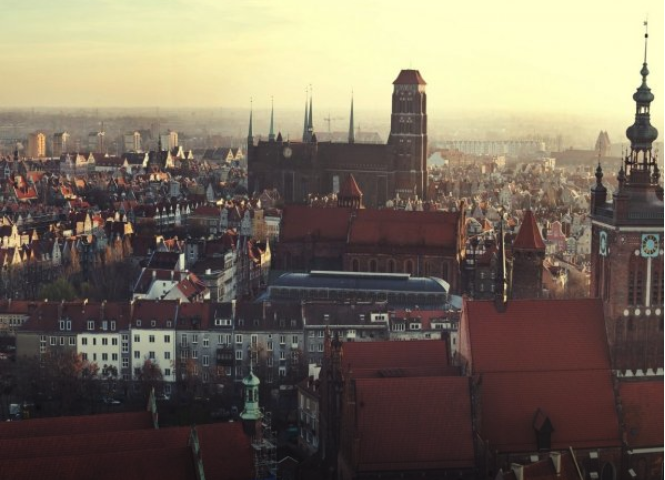 The 2021 Challenge Gdansk triathlon will kick off with an exciting twist to the sprint triathlon event. If you can go faster than the “Champions Relay” team, you will be on your way to dinner with the superstar team from Poland. The team is made up of Alicja Pęczak, Przemysław Miarczyński and Adam Korol, all Olympians in their own right and now taking on triathlon. Any individuals and relay teams who can clock a faster time than the Champions Relay squad are eligible. The only question left is how fast will they go?

The 750 meter swim will be taken on by Alicja Pęczak, a three-time Olympic swimmer and 14-time European Championship medalist, who will certainly be quick in the water.

“In December, 20 years have passed since I said goodbye to competitive swimming with gold medals in the European championships,” she says. “At the moment, I work with students, future swimming teachers and run a swimming school for children, but I cannot swim during these classes. However, I could not refuse to be invited to compete together with such amazing athletes. Therefore, I will have to spend a little more time in the water to start the relay race and not hurt my body. My first training session is behind me. I swam 1,500 meters. The technique remained, but endurance needs to be improved”

The 20 km bike leg will be taken on by Olympic windsurfer Przemysław Miarczyński, who is familiar with the bike as a cross training tool during his athletic career.

“I finished my competitive career in the Olympic classes in 2016. I did a lot of cycling during it. But now I will have to refresh these skills, because lately I have been riding less and running more. The relay invitation found me in the Canary Islands, so I need to get my bike here quickly. In such a climate, it would be a sin to train on a stationary bike. I feel excited about the prospect of taking off. This will be a great motivation. I will do my best to prepare myself as well as possible and fall out within the limits of decency”

The run leg will be taken on by Adam Korol, a former Olympic gold medalist rower. Winning a gold medal with his crew at the 2008 Beijing Olympics, he was a five time Olympian. He said this to say on the upcoming race:

“Eight years ago I ended my career and I do not miss this achievement. Since then, I have been an amateur athlete, which gives me a lot of satisfaction. I train regularly. I can use a gym, ergometer, stationary bike and I jog a lot. Therefore, I will not change anything in the preparations so far. I guarantee that the run will be at a good level. Anyway, I know that we will all be very well prepared and the old masters will show what else they can do. I have already started to wonder if after the transitions of Alicja and Przemek I will chase or run away from others”

The ultimate bragging rights are up for grabs at Challenge Gdansk this season and the dinner courtesy of the Champions Relay will be the cherry on top for the event in June.