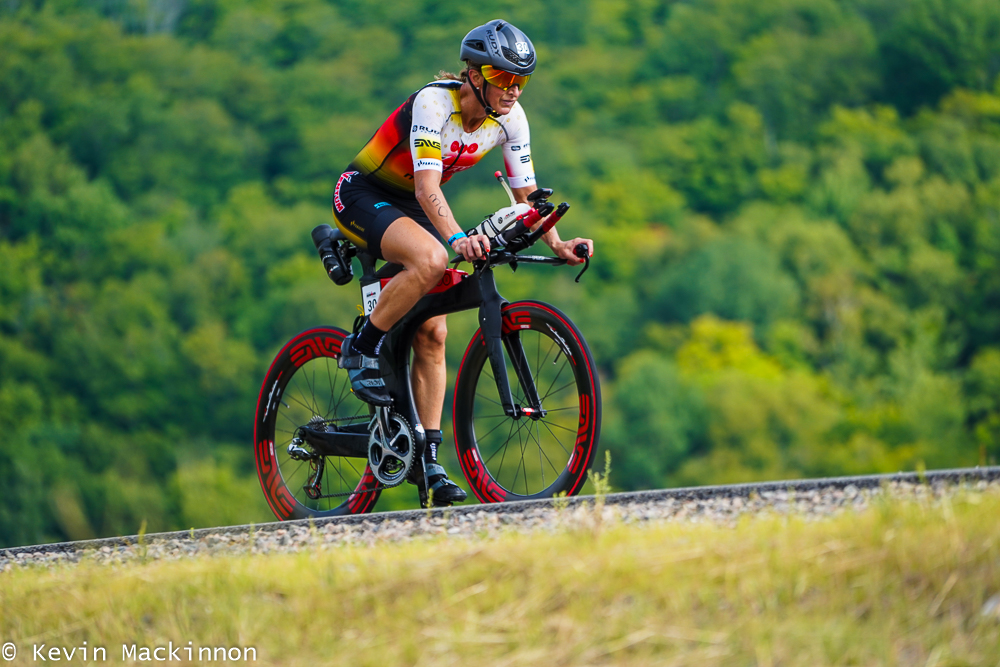 France’s Antony Costes continued his dominance of Zwift racing today with another win a the Z Pro Tri series, winning the third race of the series by five points over Canada’s Jackson Laundry, the winner of the first race of the new duathlon series that started this month.

For the women it was Meredith Kessler who came out on top in a very exciting race, just two points ahead of Beth Potter.

Today’s race began with a brutal time trial that took athletes 8.9 km up the Achterbahn route that featured some a lot of tough climbing. That was followed by a 5.1 km treadmill run, then there was an 11.4 km six-loop points race on Zwift’s Bell Lap of Crit City.

Matt Hanson took the challenging time trial, but instead of leading the way on the bike had to settle for just 16 of the 20 available points on the run, which rewards athletes for the pace they hold rather than finishing position.

Ruth Astle led the way in the women’s time trial, but would end up calling it a day after that. The woman we’re used to seeing at the front of the Z Pro Tri Series, Lucy Charles-Barclay, was well back after the first bike and eventually had to pull out of the race on the run because she was feeling under the weather.

After Potter led the way through the second leg, the race came down to the points race, which saw Kessler push at the front for much of the way. A four-woman group that included Kessler, Potter, Melanie Maurer and Amelia Watkinson eventually broke away to fight for the final points. It was Kessler who was able to take the most points, which was enough to give her the overall win. Potter was a close second with Maurer rounding out the podium.

Today’s racing sets up an exciting final showdown in next week’s final race of the series.