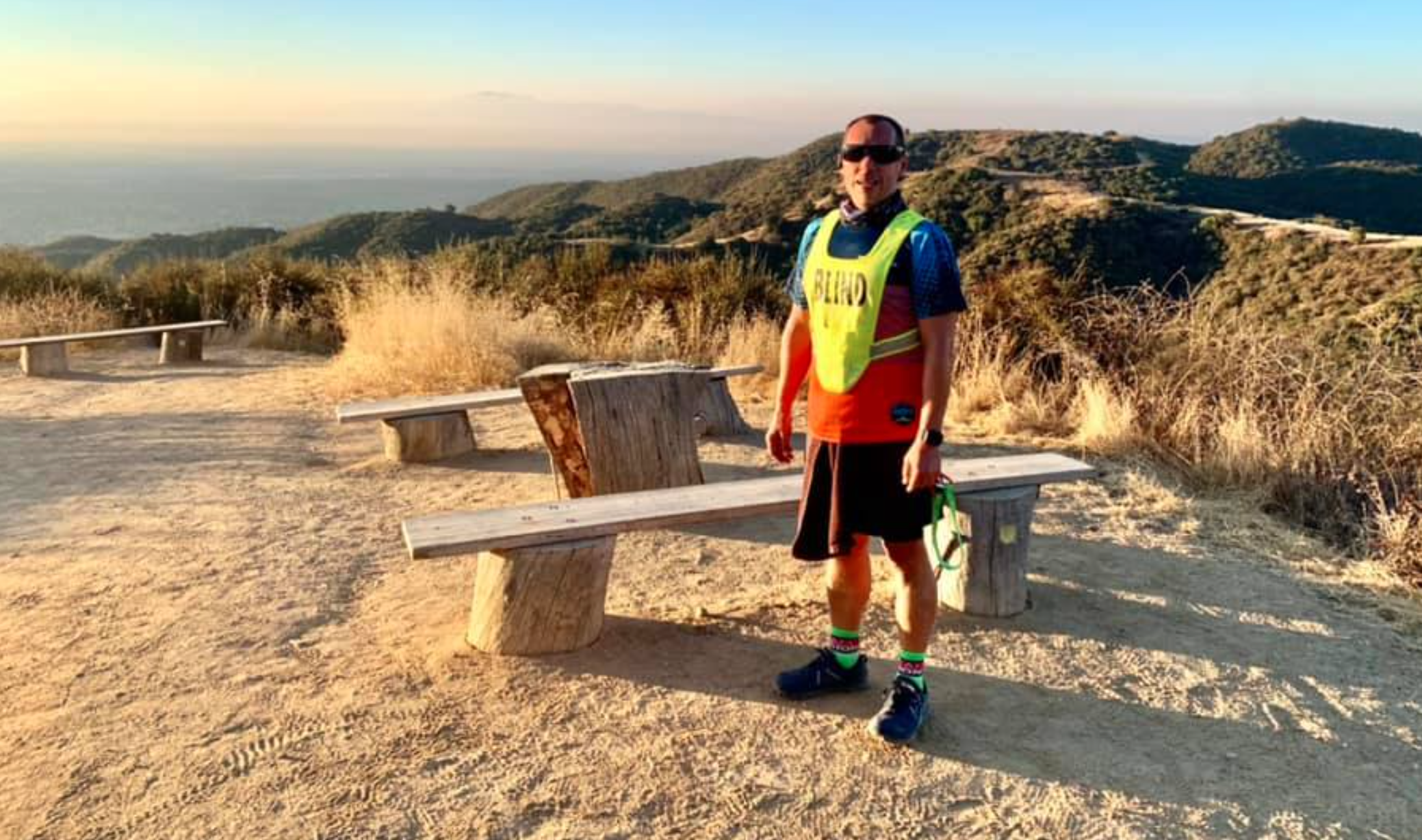 “I’m rubbing my eyes, thinking, ‘what the heck?’ – I didn’t know what I could do. I was blind,” Tony Duenas told the Los Angeles Times. The athlete woke up on a what should have been a normal day in 2009, but when he opened his eyes it remained dark. It turned out Duenas’ retinas had detached. Doctors tried to recover his sight through surgery, but even though the 42-year-old Duenas initially got back part of his sight – he was able to see some shades again – that deteriorated over time.

Duenas had to learn to live without being able to see. The thought of that totally scared him. He would have to learn to read Braille, learn how to walk with a white cane and figure out how to get around on public transport on his own. His world turned upside down.

In this period Duenas lost the balance in his life; he stopped working out, his diet became unhealthy, and he started to have trouble with his blood pressure. Today, on the other hand, sports is like therapy for him. When he bumped into a runner at a bus stop six years ago, his life changed forever, again, but this time for the better. What started with a small loop close to his house, evolved into seven marathons and six triathlons, three of which were middle distance. “Never in my wildest dreams would I have ever thought that I would be doing an Ironman or marathons. Not having sight has given me these amazing opportunities that I would have never had,” Duenas said.

It was a special encounter that sparked the passion for sports in him. Duenas had started practicing boxing and jiu-jitsu, and he went to the gym on a regular basis, so he looked athletic. Runner Ray Alcanter noticed that, too. In November, 2014, while Duenas was on his way to the bus, the runner came up to him and asked: “Can you run?”

Alcanter had guided a visually impaired athlete before, but the woman had retired from sports. While Alcanter wasn’t actively looking for a new partner, he felt like he needed to approach Duenas when he noticed his muscled calves.

Duenas wasn’t initially convinced that running would be something for him. Actually the idea of running at high speed without being able to see scared him. He gave it a try, though, and three weeks later Duenas ran his first four miles. “I’ll never forget it,” he said. “I’m running, and I’m crying because I’m thinking, ‘wow, I’m running in the rain.’ Even when I had sight, I never thought that I would be running. Really running.”

Four miles wasn’t enough, Duenas soon increased the distance. Also, he became an active member of United in Stride, a platform which connects visually impaired runners to guides. That allowed him to start training with different people. Some of them inspired Duenas to try out triathlon. They even collected money for a tandem bike and gave Duenas swim goggles. Not only did Duenas start to train with them, they became his friends and the group formed his social circle.

Then the coronavirus hit in March last year, a lot changed for Duenas. He wasn’t allowed to run with his guides anymore, as it was too difficult to keep enough distance from each other. Duenas ended up spending much more time alone at home. “It was terrible,” he says.

Despite this hard time, Duenas remained active indoors. He rode his bike on the trainer, continued to train his arms through strength training, and even though he didn’t dare to go for really long runs, he ran some miles with his guide dog, Diana. Fortunately, now that the situation is slightly better, Duenas is able to train with some people again.