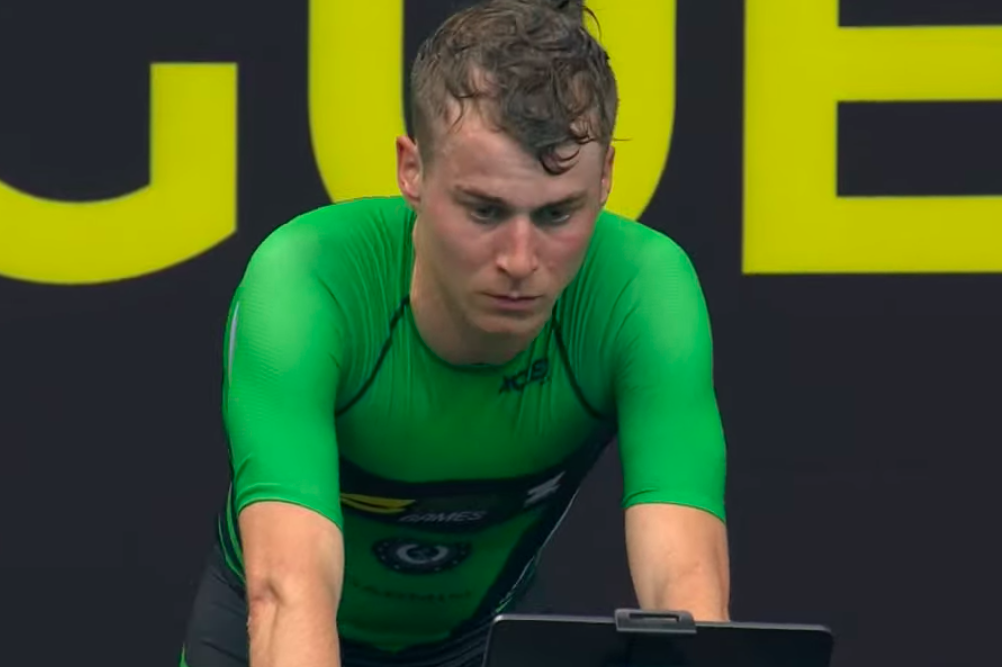 Britain’s Beth Potter and Belgian Marten van Riel had a great day, winning the Super League Triathlon (SLT) Arena Games London. Both athletes proved they are in in excellent shape and perfectly suited for this spectacular format. Athletes swam 200 meters, biked four kilometers and ran one kilometer three times, each time in a different order.

Not surprisingly, a lot happened during the race. During the first heat (swim-bike-run) Lucy Charles and Sophie Coldwell initially took the initiative, but Potter took the lead during the run and didn’t relinquish it on the bike. She earned her first ten points, while Coldwell and Charles eventually grabbed nine and eight points.

In the second heat (run-bike-swim) it was again Potter who took the initiative and managed to grab a small lead during the run. However, she gave that lead away thanks to a sloppy transition, after which a lead group of seven ladies emerged on the bike. In the water it was Charles who, unsurprisingly, swam away from the rest of the women and took the ten points. Coldwell and Potter finished second and third, good for nine and eight points.

The third (bike-swim-run) and decisive heat saw no noteworthy developments on the bike as all the women remained together. In the water Charles once again opened a gap on the rest of the field, but during her transition she ran to the wrong treadmill, losing a few precious seconds. During the run Potter passed her and proved unstoppable. By winning the third heat as well as the first, she proved was out of reach in the final standings. Charles and Coldwell were strong in the third heat and took, in that order, second and third overall.

In the men’s race, it was Belgium’s Marten van Riel who proved to be strongest. That wasn’t apparent in the first heat, though because, after the swim and run, a leading group of four – Van Riel, Vasco Vilaca, Justus Nieschlag and Jonathan Brownlee – formed. It eventually came down to a sprint on the bike. Vilaca, won that sprint, while Van Riel picked up nine points. Nieschlag and Brownlee finished third and fourth.

In the second heat, Van Riel, Yee and Brownlee came together, working well on the bike and during the run. This meant that the 200-meter swim would decide the points, and it was Van Riel, who jumped into the water last out of the three, who turned out to be the fastest swimmer. He took ten points, followed by Brownlee (9 points) and Yee (8 points).

The third and decisive heat began looking somewhat more boring than the earlier heats – on the bike everyone stayed together. Unsurprisingly, however, that completely changed in the water, although the differences were limited to just a few seconds. Schomburg and Nieschlag came out of the water at about the same time, while Yee and Van Riel followed the Germans and at two seconds, which meant Van Riel remained in the best position for the overall victory.

During the final run, it was Nieschlag who was on fire and he even managed to stay just ahead of Yee, considered the best runner in the field. Thanks to that good run and the victory in the third heat, Nieschlag moved up in the final rankings. Van Riel crossed the line in third place, making him un-catchable in the overall standings.

Ultimately, the victory went to Van Riel. Nieschlag came in second, while Brownlee and Yee earned the same amount of points for third place. Based on the results in the final heat the bronze went to Yee.