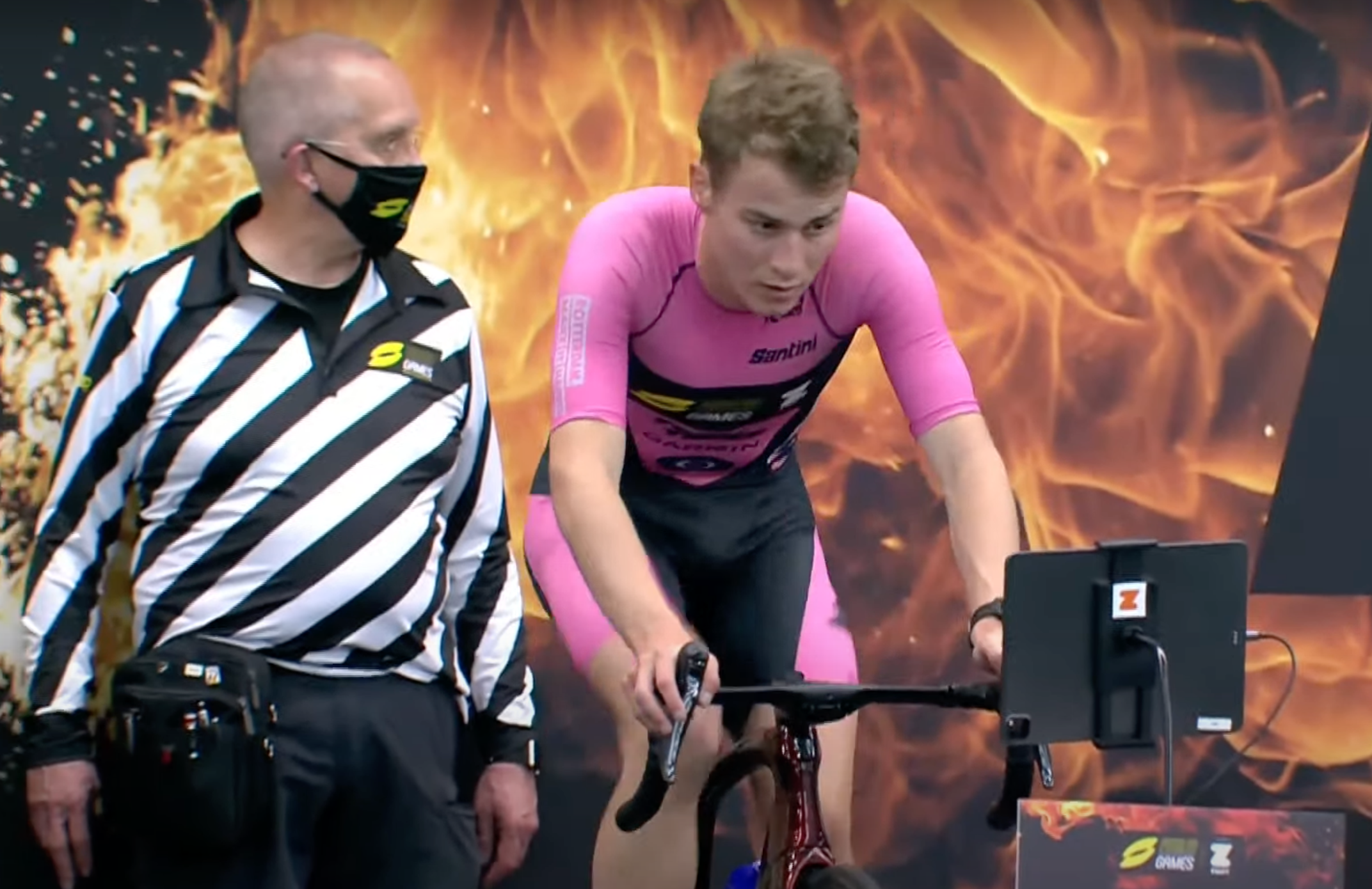 Marten van Riel earned 30 out of a possible 30 points in today’s Super League Triathlon Arena Games in Rotterdam – an incredible performance and an impressive follow to his win a few weeks ago at the SLT Arena Games London. Nobody came close to the fast Belgian, who proved to be in great shape in all three disciplines. The battle for silver and bronze was fierce, though, with Britain’s Alex Yee (GBR) eventually running his way to the silver and Aurelien Raphael (FRA) taking the bronze medal.

In today’s race the distances were slightly different compared to the SLT Arena Games in London. As in London the athletes swam 200 meters and ran 1,000 meters, but the bike was only 3 km compared to the 4 km. All of these disciplines were completed three times over three heats, each time in a different order. In each heat athletes could earn up to ten points, and the points from each heat were added up together for the final ranking.

You can find the women’s race report here.

France’s Raphael covered first 200 meters of swimming in 2;02, which meant he was the first athlete to get onto the run course. Jonas Schomburg (GER), Anthony Pujades (FRA) and Van Riel followed right on his heels. Raphael ran to his bike with a lead of a few seconds, but the other athletes quickly found his wheel to form a pack of six, which included Pujades, Vasco Vilaca (POR), Schomburg, Van Riel and Yee. In the final sprint it was Van Riel who managed to cross the virtual finish line in first place. Vilaca and Yee followed in second and third place respectively. The tight finish saw all six athletes within half a second of each other.

Again Raphael took off fast, running towards the lead in the first few hundred meters. Yee and Van Riel got ready to chase him down, though, which they managed to do about halfway through. The three then virtually ran together for a while, but eventually Yee who took off. He jumped on the bike with a three-second lead on the first of five chasers. It took the chase pack about one km to catch Yee on the Zwift platform. Thanks to an excellent transition, Van Riel gained a slight advantage over the other athletes and jumped into the water first. Clocking a total of 10:38 for this second heat, Van Riel maintained the gap during the swim to take the win again. One second later Pujades took second, while Schomburg finished in third. While Van Riel seemed nearly impossible to beat today, Vilaca, Pujades, Raphael, Schomburg and Yee were still battling hard for the rest of the podium spots. All five had a total of 14 points after the first two heats, sharing second place behind Van Riel (20 points).

Due to Zwift’s drafting settings, all ten athletes stayed together in this first part of the third heat. It remained that way until the swim. In the water Van Riel quickly moved up, but the men who were battling for second place followed right behind him once they got onto the run. Raphael and Yee were the fastest chasers of the five men. Yee even looked to threaten Van Riel for the heat win, as the Belgian could virtually feel the British athlete breathing down his neck. Van Riel managed to hold him off, though, and ran himself to another win, taking 30 out of 30 points. Yee finished second, which meant he took silver overall. Behind him Raphael took the last podium spot.