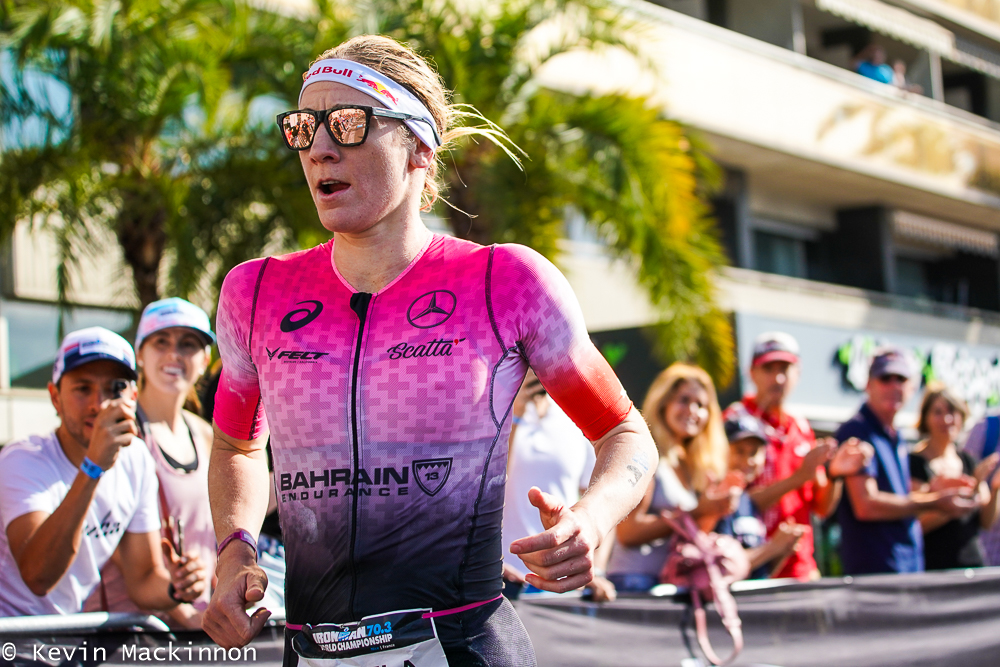 Ryf hangs on for Tulsa win

The race result was not really ever in doubt, but Daniela Ryf’s win at today’s Ironman North American Championship Tulsa initially showed the dominance we’re used to seeing from the four-time Kona champion, then some uncharacteristic “human-ness” that saw the race get closer than we expected.

Ryf rides to the front

Brazil’s Pamella Oliveira led the women out of the water, hitting T1 with a lead of 1:20 on Ryf and American Kelsey Withrow. Behind those two were a group of four that included Sarah Crowley (AUS), Kimberly Morrison (GBR) and American’s Meredith Kessler and Skye Moench who hit T2 about 2:30 behind. Other contenders were well back after the swim – Katrina Matthews (GBR) was 5:56 down, while Heather Jackson was 9:31 behind heading to the bike.

Once out on the bike it wasn’t long before Ryf was in front. Oliveira stuck with the Swiss champ through the first 50 km, but would eventually fade. Through the halfway point of the ride there was a group of four including Matthews, Kimberly Morrison (GBR), Moench and Oliveira who found themselves six-minutes out of the lead, with Crowley and Kessler just under 10-minutes back and Jackson almost 15 minutes behind.

Along the way Matthews got a drafting penalty, which would eventually become a huge factor in the day’s results. Off the bike it was Moench who would come off in second, 15:29 with Morrison just two-seconds behind, with Crowley hitting T2 at 19:20, and Matthews at 20:30 and Jackson at 23:07.

Out on the marathon course it initially looked like we were going to witness another Ryf road show, but it quickly became apparent that she wasn’t running as fast as we’re used to seeing from the nine-time world champ. She still made it to the half-way point of the run with a big lead – 13:20 on Moench and 14:37 on Matthews – but the women behind were gaining ground.

Hangs on for the win

By the last 10 km of the run it was apparent that Ryf wasn’t herself and was struggling to get to the line. Matthews had moved to second about 27 km into the run and continued to charge towards the front.

Ryf would hang on for the win thanks to an 8:40:34 finishing time, which ended up being five minutes and one second faster than Matthews finishing time of 8:45:35. (Painful penalty much?) Moench rounded out the podium in 8:47:45.

“I was glad when the finish line came,” Ryf said after the race. “It was a good day, but I had to work really hard today. I pushed hard on the bike and I think I paid for it on the run.”