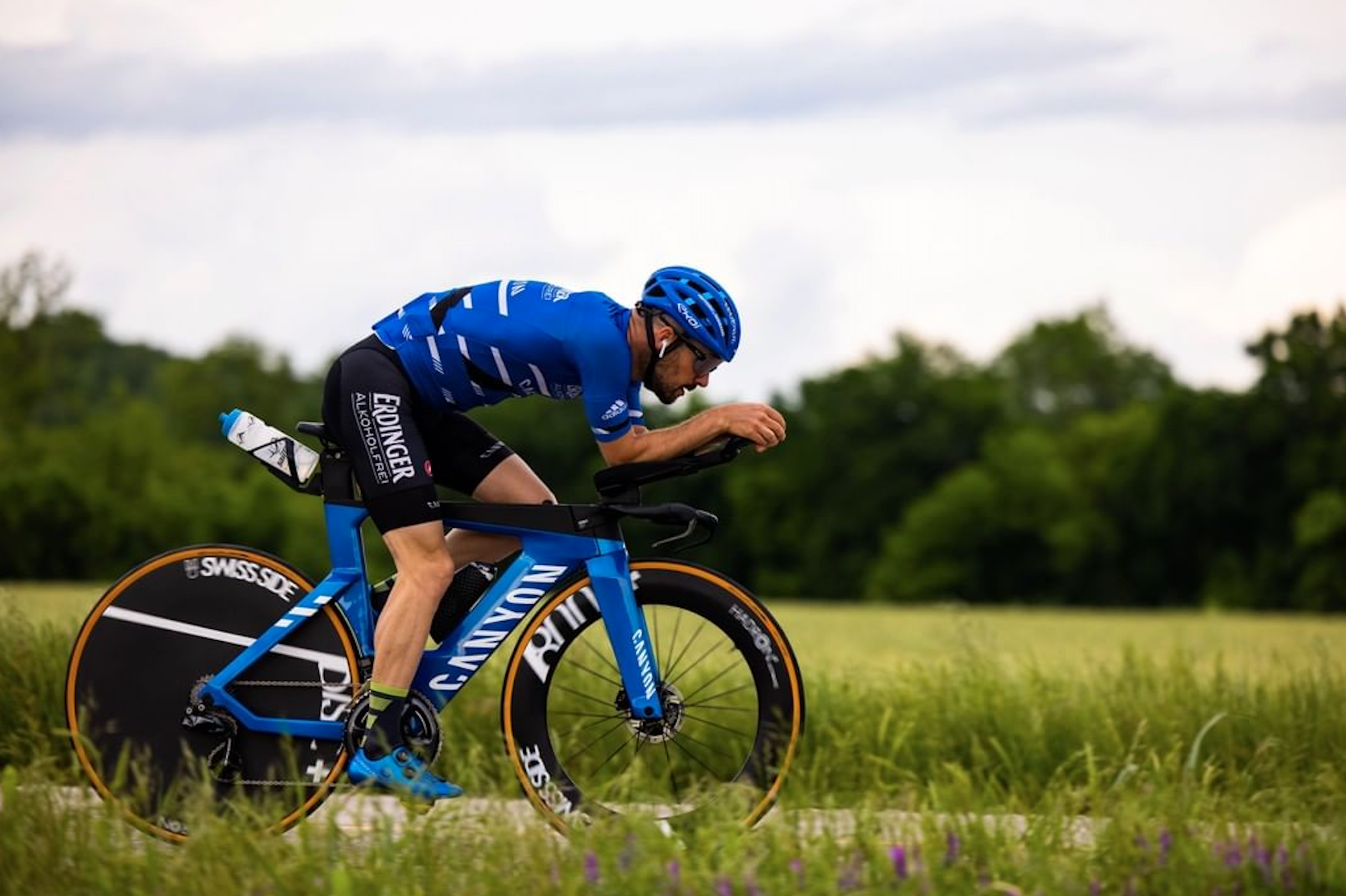 No touching Lange in Tulsa

Germany’s two-time world champion showed the kind of form that could add another Kona title to his resume at the Ironman North American Championship today, putting together an impressive all-around performance to dominate a stacked field in Tulsa, Oklahoma, USA.

Norway’s Daniel Baekkegard led the men out of the water, with Lange in sixth place, 31-seconds down. Out on the bike course a lead group quickly formed that included Lange, Baekkegard, France’s Antony Costes (who crashed while in the lead at one point), Germany’s Florian Angert and, for a time, Italy’s Mattia Ceccarelli.

That lead group would hold off the rest of the field in impressive fashion – a who’s who of Ironman champions including Belgium’s Bart Aernouts (BEL), Switzerland’s Jan Van Berkel, Great Britain’s Joe Skipper, recent Ironman 70.3 North American runner-up Sam Long, and Germany’s Nils Frommhold and Boris Stein were unable to make up ground on the leaders. By the end of the run it was Lange who led into T2 after a 4:17:07 bike split. He and the rest of the lead group ended up four minutes ahead of Aernouts, Van Berkel, Norway’s Kristian Hogenhaug, Skipper, American Kenett Peterson, Switzerland’s Samual Huerzeleer, along with Americans Long and Andy Potts.

Once out on the run course Lange quickly showed his impressive running form. By 10 km he was 1:43 ahead of Costes. Through the half-marathon point the lead was up to 4:16, which seemed to be more than enough to ensure he was on track to taking the win and leave the rest of the men to battle for the final spots on the podium. With 21 km to o Baekkegard was in second with Angert another 30 seconds down, while Van Berkel was the big mover, in fourth, just over five minutes behind. Then there were the fast-running duo of Skipper and Aernouts together at 6:30.

There was no touching Lange, though, who cruised through the rest of the run for an impressive win in 7:45:22. Over the final kilometers of the run Van Bekel managed to get to second, with Baekkegard hanging tough for third. Aernouts was in fourth as he neared the finish, but suddenly found himself having to try and hold off France’s Denis Chevrot.

“I just want to tell my mother, she died last year of cancer – all the race I had her in my mind,” an emotional Lange said at the finish line. “Her last words were that I want you to win multiple Ironmans. Coming here was emotional. I have such an amazing team around me – they pushed me to come here. This is maybe the fittest I’ve ever been. A friend of mine called me yesterday and said you will make a statement race. That’s what I did. I will give it my all to be in Kona and fight for the victory again.”