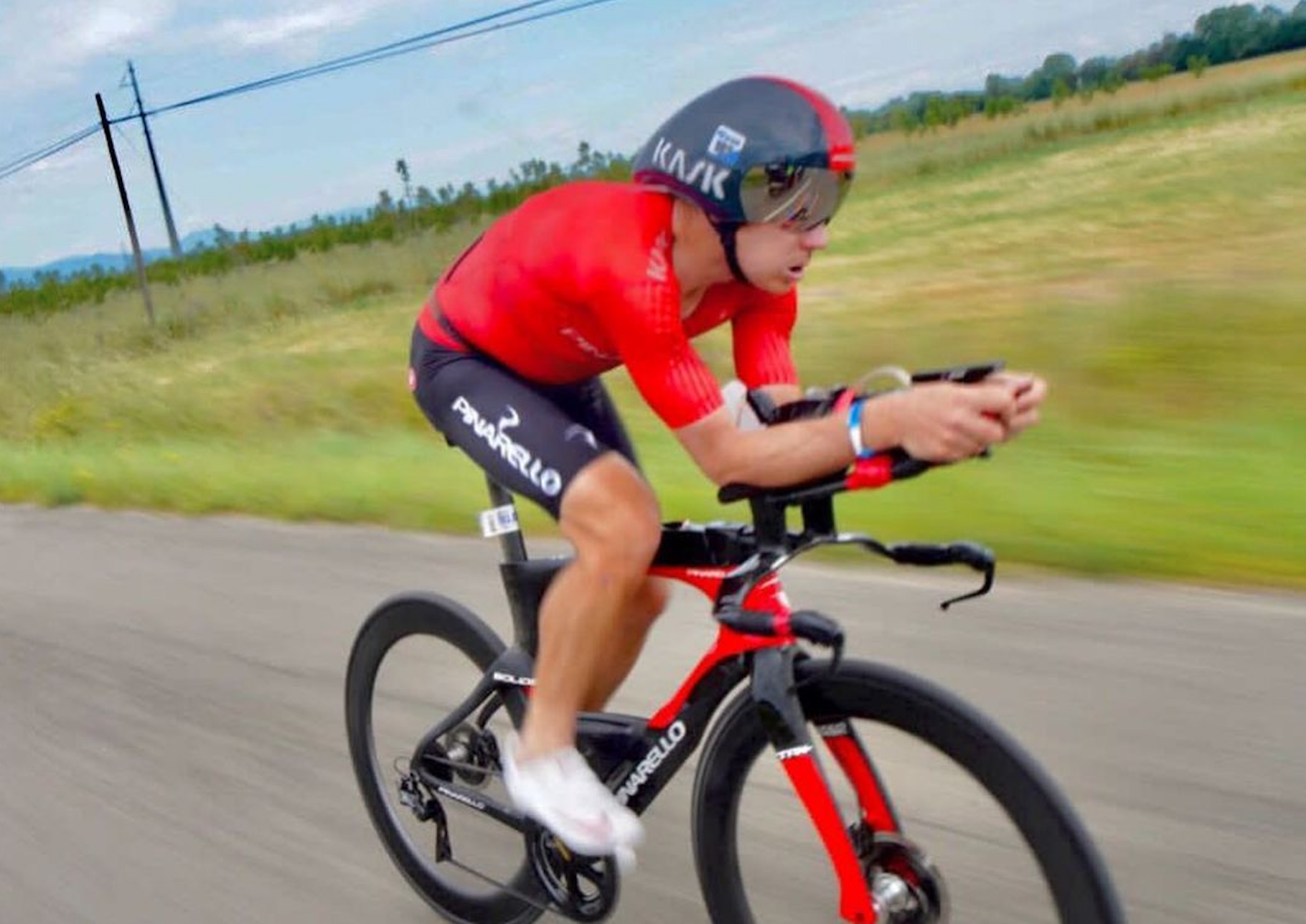 Since the coronavirus hit in the beginning of 2020, Cameron Wurf turned his back on triathlon for a while, making cycling for Team INEOS his main focus. Now, nearly two years after his last triathlon race, Wurf returned to multisport racing at last weekend’s 140.6INN Girona. But after all this time, the Australian had trouble finding the right rhythm again, he wrote on his blog. Although the failing tracker app initially showed Wurf as the race’s runner-up, he finished in 5th place.

“If you have any weakness, a Long Distance triathlon will find you out, particularly on the marathon,” he wrote after the race. “It’d been so long, that I kind of hoped that aspect had changed…wishful thinking, obviously. Great to be back racing, go through the motions as they say, I will make sure I’m healthy and more organized before I toe the line again.”

To do that Wurf will probably need to shift some focus back to swimming and running, because, no surprise, the bike was his strongest discipline. “Off to a decent start for the first 5 strokes before lactate sets in, that’s right haven’t done this for nearly two years,” Wurf says about his swim. Something he did practice a lot over the past few months is finding a good spot in a pack. That came in handy in the water. “If there’s one thing I’ve gotten very good at over the past 18 months, it’s following men’s bums and heels,” he jokes. But the lack of swimming and a fractured rib that Wurf suffered three weeks ago, started to cause trouble about halfway through the swim. But, thanks to some good feet, Wurf wasn’t too far behind, and exited the water around eighth place. “Surprisingly great swim, again peloton skills saved me.”

“Onto the bike and quickly reminded by my lack of swimming fitness, I’m absolutely exhausted.” While Wurf still managed to get along fine in the water, the hard work that he put in to do so took his toll once in the saddle. But even when tired, Wurf finds his way to the front. After about 25 kilometers the Australian took the lead, and he didn’t let go – at least on the bike. But, given the lack of nutrition that Wurf had due to a broken rear bottle cage, the marathon became a challenge.

Despite his six-minute lead in T2, on the run, Wurf would soon lose time. “Wait what’s that? Oh yeah, a fractured rib and now you’re jumping up and down,” Wurf wrote. With an empty stomach and a painful rib, the marathon seemed endless. After 19 kilometers, Sam Laidlow closed the gap on Wurf and took over the lead. “Focus turned to actually finishing, as with half a marathon to go it was going to be a long slow death march.” Wurf was soon passed by more athletes, but despite all the struggling, he hung in there to finish in fifth place. “In the last five km I was passed by three more guys, vision was going cross-eyed as I groveled to the finish line and I didn’t even notice them passing me.”