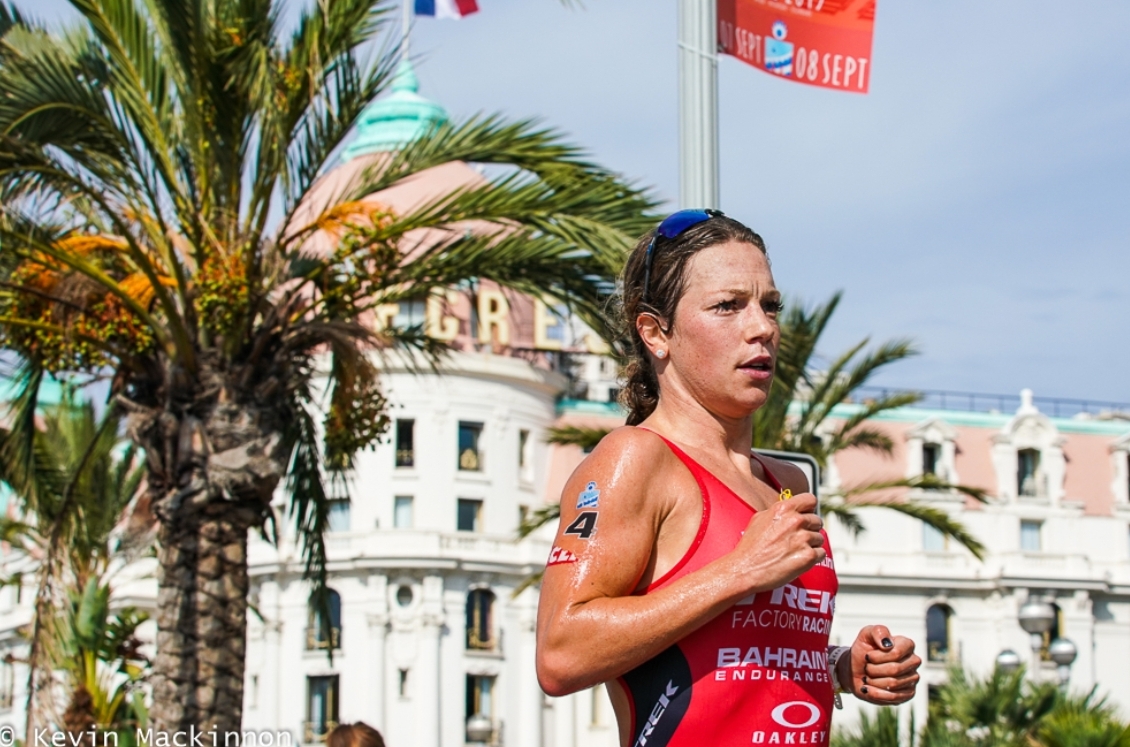 Holly Lawrence won in her usual wire-to-wire fashion, while Jason West stayed near the front throughout the swim and bike before running clear of the rest of the men’s field to take the win at Ironman 70.3 Des Moines today. The day featured both delays and a shortened bike course (27 miles – 43.45 km) thanks to rain storms.

Wire to wire win for Lawrence

After a tough day at the Ironman 70.3 North American Championship in St. George last month, Holly Lawrence appears on track to try and defend her Ironman 70.3 European Championship title next week thanks to a return to the wire-to-wire racing style we’re used to seeing from the 2016 world champ. Lawrence led a group of four women out of the water that included Americans Ali Brauer, Rachel Olson, Grace Alexander, along with South Africa’s Jeanni Metzler by 42 seconds. Next out was Lawrence’s British countrywoman, Emma Pallant, who was 1:42 back.

Lawrence was still clear at the end of the ride, having opened up a gap of 2:31 to 3:09 on Brauer, Pallant, American Jackie Hering and Metzler. On the run course Pallant would quickly move into second and start to close the gap on Lawrence, getting to within a minute by the 14 km point, but her charge for the front stalled at that point and Lawrence opened up some breathing room over the final kms to finish in 2:53:46. Pallant would have the day’s fastest run (1:16:55), enough to get her second in 2:55:26, with Hering rounding out the podium in 2:57:08. Metzler (3:02:34) and American Lesley Smith (3:03:02) would take fourth and fifth.

West solid in all three disciplines

American Eric Lagerstrom led the men out of the water, but his countryman Jason West was right on his heels, with Canadians Brock Hoel and Brennan Smith, along with Mexico’s Mauricio Mendez Cruz just a few seconds behind – heading to T1 there were eight men within 11 seconds of the lead as Collin Chartier (USA), Martin Ulloa (CHI) and Scott Haberle (USA) were also in the mix.

By the end of the bike many of that lead group were still in front as Ulloa led the way to T2 with West 16 seconds back and Lagerstrom leading a group of four that included Hoel, Chartier and Smith. Australian Joe Gambles led the next group in at 1:30 down that included American TJ Tollaksen and Canadian Jackson Laundry.