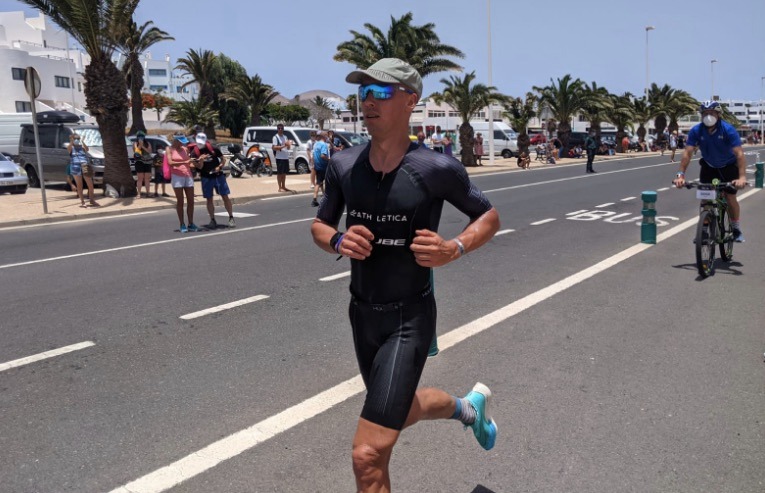 Germany’s Andi Boecherer ran his way to the title at one of the iconic events on the Ironman circuit today, topping a stacked field at Ironman Lanzarote. The race is one of the oldest Ironman events in Europe, having started in 1992 and, thanks to the tough bike course that takes athletes up a number of climbs and through the island’s many lava fields, is considered one of the hardest long-distance races in the world.

Australian Nick Kastelein, one of Jan Frodeno’s training partners, led the men out of the water in 50:15, with France’s Antony Costes and Belgium’s Pieter Heemeryck about five seconds back. Germany’s Nils Frommhold was about 30 seconds behind, then there was a group of eight out of the water about a minute down that included many of the pre-race favorites – Boecherer, South Africa’s Matt Trautman, Sweden’s Patrik Nilsson and Dane Kristian Hogenhaug.

Hogenhaug quickly rode to the front and blasted through the tough bike course. By the half-way point of the ride he was 5:42 up on Boecherer, with Kastelein riding in third, 6:29 back. By the end of the bike, though, Hogenhaug’s lead was down to 2:31 over Boecherer, with strong-cycling Boris Stein (GER), in third, 5:35 behind the Dane. Trautman was fourth into T1, but was 11:29 out of first and had lots of company – within a few seconds of the South African were Stenn Goetstouwers, Frommhold, Costes and Evert Scheltinga (NED).

By the 10 km point of the run Boecherer had moved past Hogenhaug, with Stein running in third, 4:48 down. Hogenhaug was still hanging tough through 22 km, but was 3:24 behind Boecherer, while Stein was 6:12 down in third and Trautman was moving up, sitting in fourth at 9:09 down.

There was simply no stopping Boecherer as he put together a solid 2:46:34 marathon split, enough to easily take the win in 8:34:11. Hogenhaug would run out of steam over the last 10 km of the run and get passed by Stein (second in 8:42:03) and Trautman, who ended up a close third, just 57 seconds behind the German. Hogenhaug would end up fourth in 8:45:55, while Scheltinga hung tough through the marathon to finish fifth in 8:49:59.