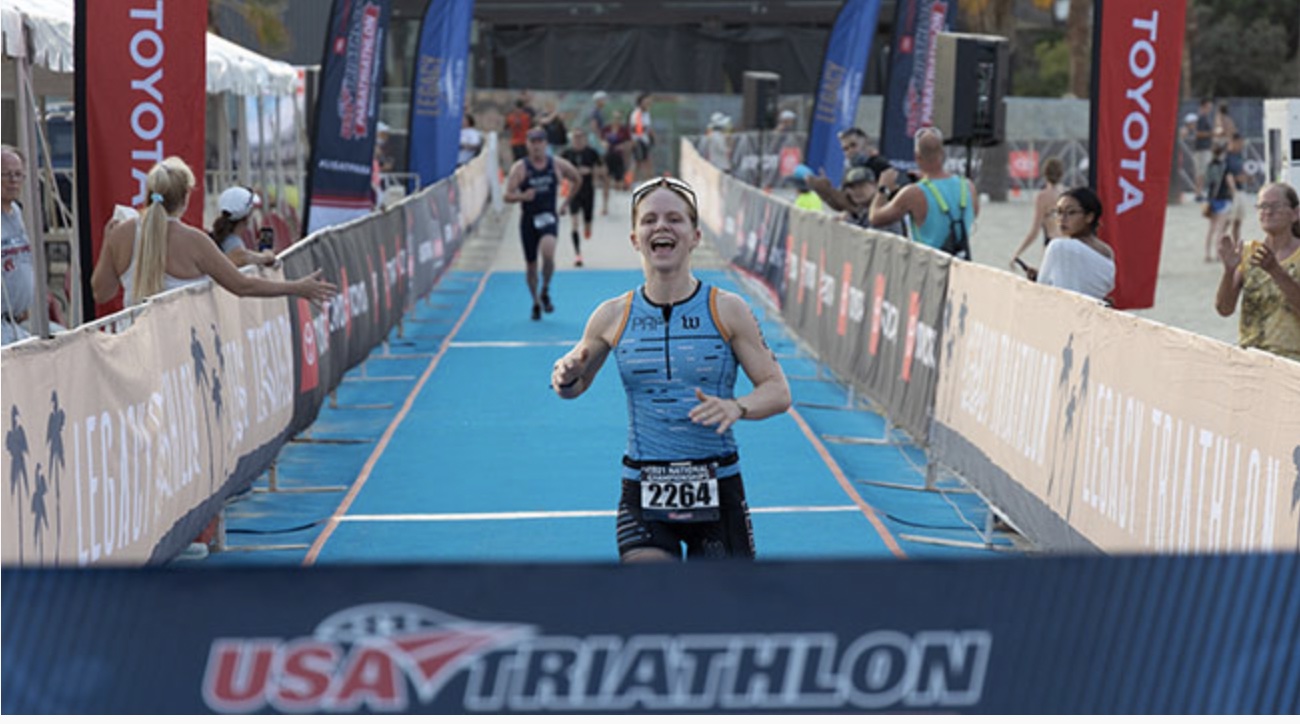 This weekend’s Legacy Triathlon organized by USA Triathlon kicked off yesterday with the national aquathlon championships which featured a 1,000 m swim and a 5 km run. Arizona’s Caitlin Switaj and California’s Trevor Halsted took the overall titles.

The weekend includes a number of different events at Alamitos Beach, the proposed site for the Olympic and Paralympic triathlon competitions for the Games in 2028. Yesterday there was the aquathlon race along with 1,500 m and 1,000 m open water swim races. Today there’s a Olympic-distance triathlon and pro-am relay, while tomorrow’s events include the USA Paratriathlon National Championships and the elite race – the Americas Triathlon Cup Long Beach.

Here’s the report on the aquathlon race from USA Triathlon:

Halsted, a former University of California-Davis track and field runner, came out of the water in third place, then used his speed on the run to make his way to first, running a 16:19 5k. Friday’s race was the first aquathlon Halsted has competed in.

“I did one triathlon right after I finished college and I decided biking wasn’t really for me, so I spent most of my time running. But I really enjoy swimming and I’ve been mixing in some more swimming into my training recently,” Halsted said. “I’ll definitely do more of these (aquathlons). This was a lot of fun, especially the open water swimming.”

In the women’s race, Switaj broke the tape in 37:28, crossing the finish line in disbelief.

“Wait. I just won?” Switaj said to race volunteers as she received her finisher’s medal. The victory was emotional for Switaj, who is aiming to earn her elite license and become a professional triathlete.

“There was so much emotion (when I crossed the finish line). I just raced Williamsburg 70.3 three weeks ago and really wanted my pro card, but I finished fifth, so I said I wanted to do an aquathlon because I love swimming and love running even more. It was a nice comeback from that,” said Switaj who felt sick to her stomach during the swim, but pushed through on the run to make her way to the front of the pack. “I just told myself that I had to keep going. It was only three miles; if I had to walk it then so be it. Around mile 2 I felt good and started catching people and that felt great, too and it just built off of that. I had no idea where I was place-wise but my thought was to keep picking off people.”

Finishing second in the women’s race was Carly Johann (Culver City, Calif.) who clocked a time of 37:40 and won her 35-39 age group. Julie Demers (San Jose, Calif.) rounded out the women’s overall podium, finishing with a time of 37:46.

The winners of each age group will be able to compete for the USA at the 2022 World Triathlon Aquathlon Championships in Townsville, Australia.