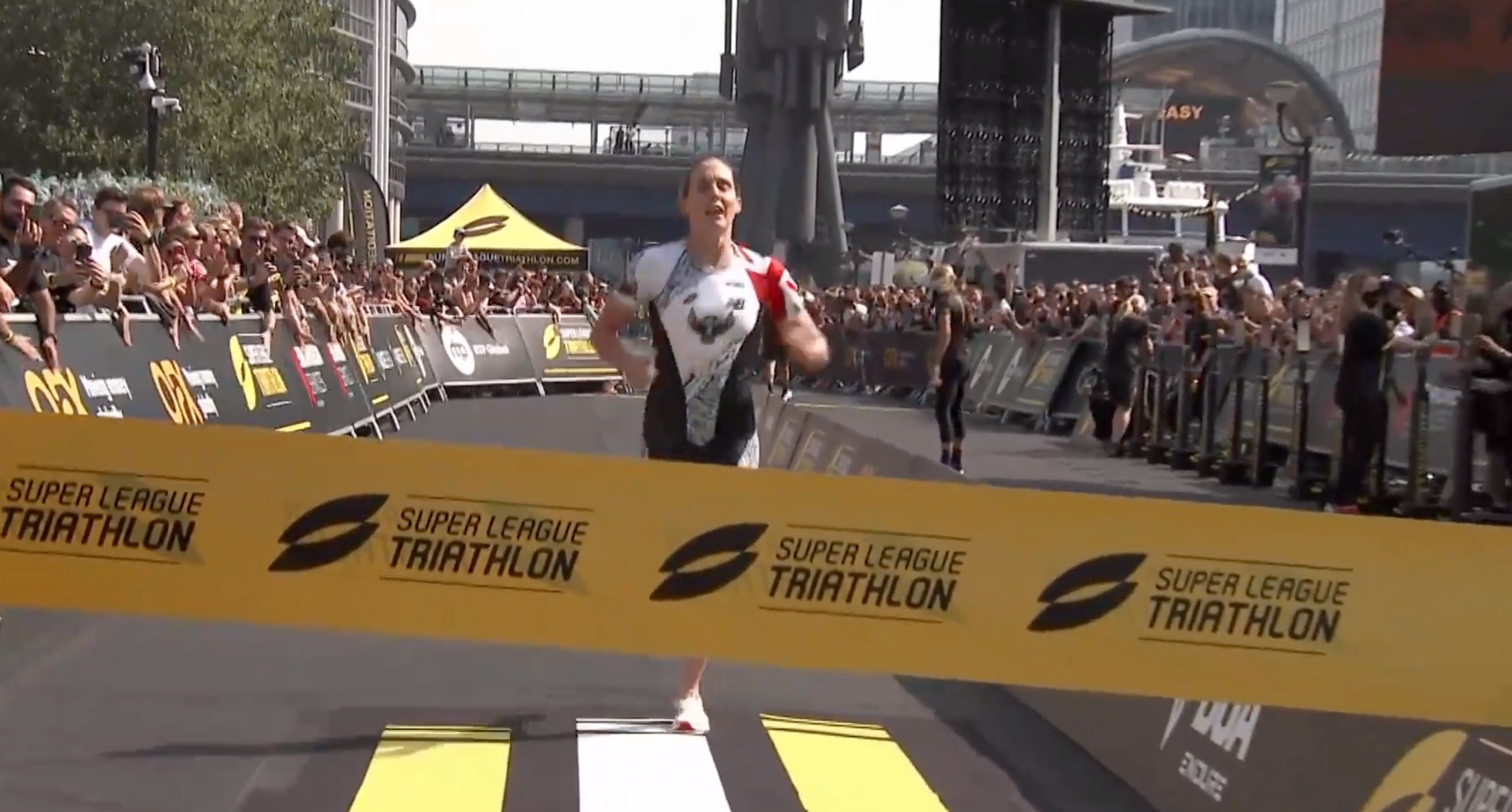 It was short and fast, but Jessica Learmonth owned it at today’s Triple Mix format of Super League Triathlon London. Learmonth showed a dominant performance and took a strong win. She shared the podium with fellow Britt’s Georgia Taylor-Brown and Vicky Holland, who respectively took second and third.

Athletes completed three short triathlons, each good for 300 meters of swimming, 4000 meters of cycling and 1600 meters of running. However, each of three legs athletes would cover this short triathlon in a different order, starting with the traditional swim-bike-run, then a run-bike-swim and finally a heat of bike-swim-run.

In the first heat, it was Learmonth who exited the water in first place, followed right on her feet by Lopes and Taylor-Brown. With these three athletes so close, they were able to stay together all throughout the bike part. Behind them, a big group tried and catch up with them, but they didn’t manage to do so while in the saddle. That meant Learmonth, Lopes and Taylor-Brown enjoyed a nice advantage when going out onto the run. It was Taylor-Brown who showed to have the freshest legs coming off the bike, as she ran to the win in this first heat. Potter finished in second place and Learmonth rounded off the top three.

After a mass run start, it was again Taylor-Brown running to the lead. Although she was still ahead during most of the bike leg, she was eventually caught by France’s Leonie Periault, Zaferes, Learmonth and Holland, who chased her down successfully. Towards the end of the bike part, disaster struck for Taylor-Brown as she crashed and had to run the final meters before she could start her swim. That meant only four women were left in front: Learmonth, Periault, Zaferes and Holland. After a strong swim, Learmonth claimed the win in this heat. Zaferes finished in second place, Periault in third, and Holland crossed the line in fourth place.

Based on the time differences from the first two heats, athletes started the bike part of this final heat in pursuit. Learmonth got to start first, followed by Holland – who soon caught up with her – and Taylor-Brown. Learmonth and Holland ended up riding together, while Taylor-Brown worked hard to try and catch up. She didn’t manage, though, and thus Learmonth and Holland were the first athletes to jump into the water. In the water, Learmonth quickly showed what she’s capable of, swimming to a lead and exiting the water ten seconds ahead of Holland. She didn’t give up that leading role during the run and therefor ran to a strong win. Taylor-Brown overtook Holland and claimed the silver medal. Holland completed the podium with a third place.