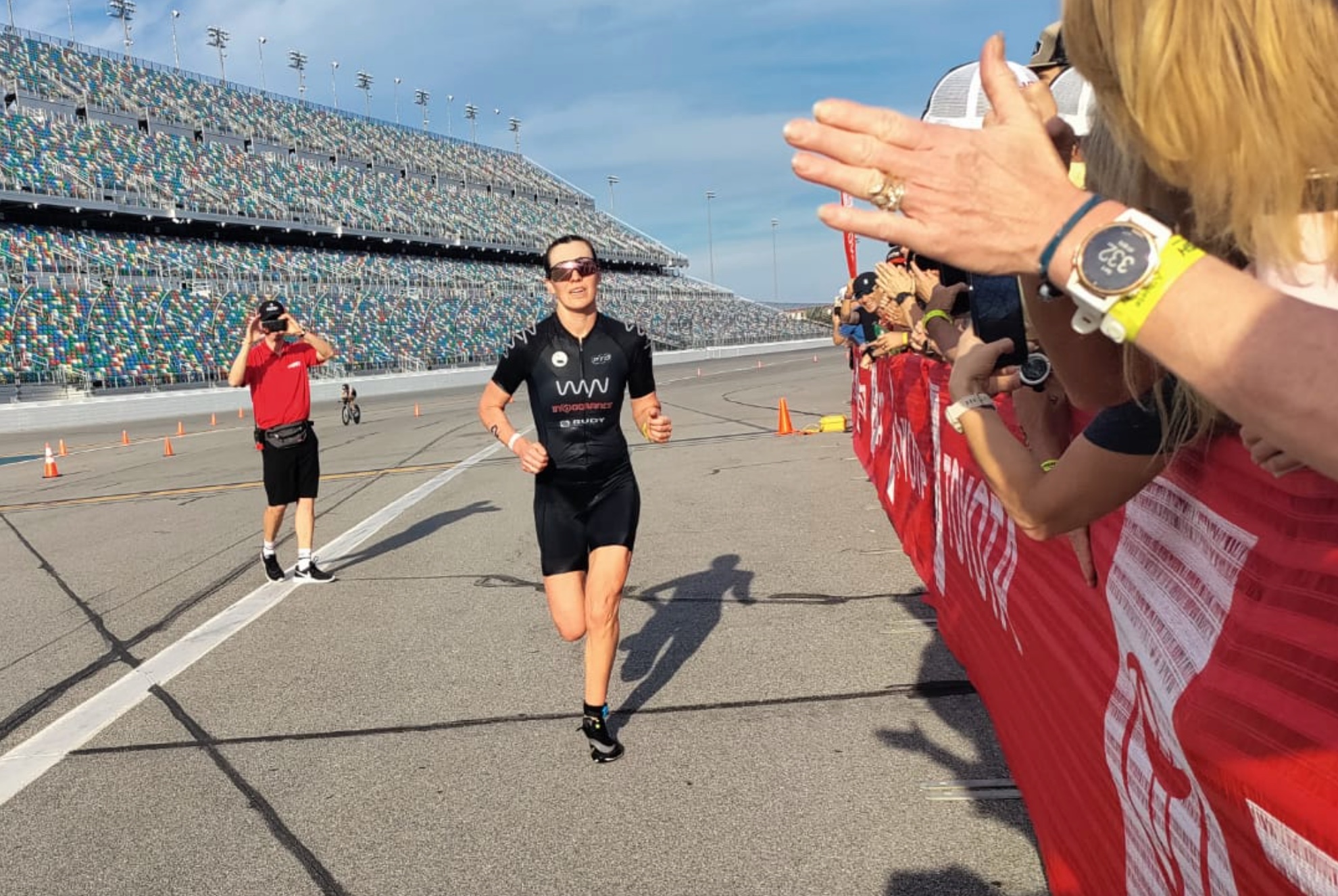 A stellar run just saw America’s Jackie Hering take gold at Clash Daytona. It was only in the final stretch of today’s race that she ended up in the front of the field. From the start until about fifteen kilometers on the run, Britain’s Lucy Hall had been in front, but at the last moment she saw her chances at winning vanish. Hall ended up in second place (+0:23) and Marjolaine Pierre took third (+1:48) after an exciting sprint finish with Britain’s Jodie Stimpson.

That Lucy Hall could be found in front during the swim part came as no surprise. Also, Spain’s Sara Perez Sala was able to get into her slipstream for a while. She didn’t make it until T2, though. Neither did Britain’s Jodie Stimpson. After 24:45 minutes it was Hall who got to take out her bike in first place, Perez Sala followed about half a minute later and Stimpson had over a minute deficit at this point. Hering came out of the water in fifth place, nearly three minutes behind the leader.

Hall’s surge didn’t stop there. What she started in the water, she continued on the bike. None of the women in front were able to match Hall’s speed, and that saw her create a big gap towards her chasers. After ten km, she was already 1:40 minutes ahead of Perez Sala, who later dropped back massively in the ranking. Meanwhile, Britain’s India Lee and Canada’s Rachel McBride were able to move to the front. About halfway through the bike, it was Lee in second place (+3:28), Stimpson in third (+4:19) and McBride in fourth (+4:31). Hall was still untouchable in front.

Towards the end of the bike part, Hall’s battery seemed to run a bit empty as she stopped extending her lead. Still, she enjoyed a 3:38 minute by the time she reached T2. It was Lee who was in second place when starting the run, McBride ran out in third (+4:46), Hering in forth (+5:28) and Jodie Stimpson in fifth (+5:23).

Especially Hering and Stimpson were burning to head to the front. With a pace that was about 30 second per km faster than Hall’s they were a big threat to the leading lady. Despite her big attack in the water and out on the bike, Hall was still able to run well, though.

Stimpson nearly lost her chance at claiming gold due to unintentional littering, as she lost her bib number and would have needed to sit out a 30-second penalty for that. As someone was able to put it back on course for her to grab it, she was safe again, and her name was taken off the penalty board.

After nine km of running, Hering started to really become a threat for Hall. With a deficit of 2:40 minutes, nine km left and a pace that was 20 to 30 seconds faster, it seemed like Hall was going to have to give up her win at the very last moment.

With three km to go, Hering got Hall in sight, which motivated her even more to reach her. Hall kept fighting and giving it her all, but it was impossible to keep Hering off. In the final stretch of the run, Hering took over the lead and ran to an impressive win. Hall settled for second and Pierre completed the podium.

Here you’ll find a report on the men’s race.