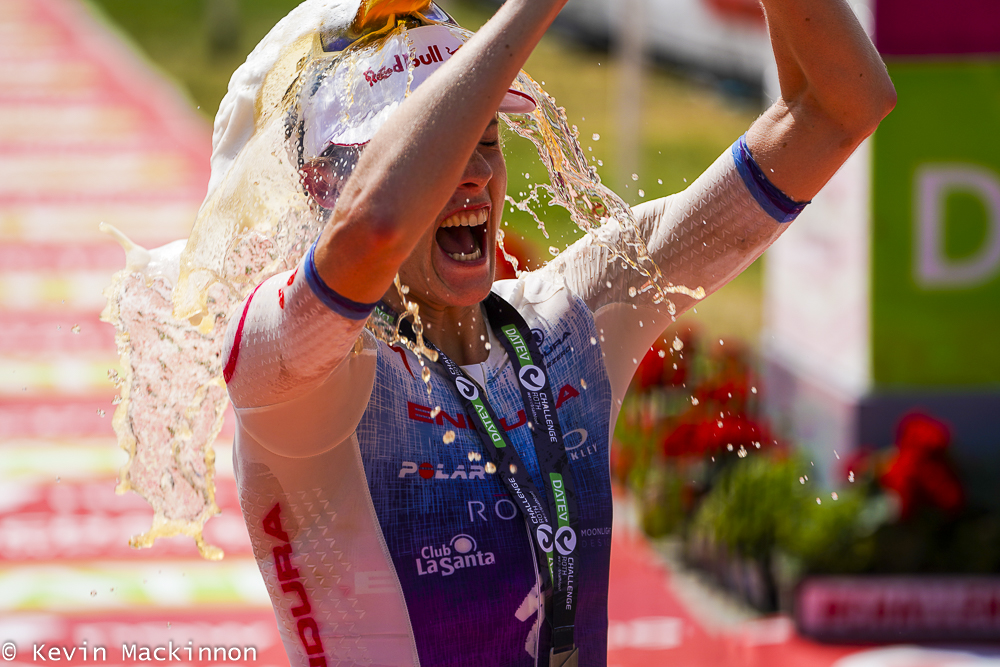 He already made some very interesting predictions for the men’s Pho3nix Sub-7 attempt, but now Mark Allen dove into the women’s Pho3nix Sub-8 attempt too. Both events – featuring Alistair Brownlee (GBR), Kristian Blummenfelt (NOR), Nicola Spirig (CHE) and Lucy Charles (GBR) – will take place sometime this summer. Allen breaks the possible finish time down per discipline and estimates how long it would take Lucy Charles, in this case, to complete it. Keep in mind: both the men and women are allowed to draft and make use of a maximum of ten pacers in total, spread out over the three disciplines in any way they like.

“It’s just going to be exciting to see not only if the women can break eight hours, but also how much they are going to break it by. The world record is currently set by Chrissie Wellington; she went 8:18 hours on her own at Challenge Roth. So clearly, I think the eight-hour barrier is well within range for the women”, Allen states.

As Allen dives into the numbers per discipline, he starts his predictions for the women’s race with Charles, saying she is absolutely on fire. “She won Ironman 70.3 World Championship in St. George, crushed on the swim, crushed on the bike, crushed on the run and had the fastest swim, bike, and run of the day. Here we go: the swim. In a fast swim, Lucy is generally going to go around 49 minutes. So if she is drafting – this is going to be my conservative estimate – she will probably go 48 minutes.”

What about the bike? “Lucy at Challenge Roth went 4:39 hours. She averaged 24 miles (ca. 39 km) an hour, on her own. If you add in drafting, generally you’re going to go between two and four miles per hour faster. That means she could potentially average 27 miles an hour (ca. 43.5 km per hour). That puts her in at around about 4:09 hours.”

For the marathon, it’s harder to estimate a number, Allen explains. “This is super possible, if the day is right for Lucy in the sub-8 project, and to be going against Nicola Spirig; but we will save that one for another time.” Considering the 1:18 hour half-marathon Charles ran during the Ironman 70.3 World Championship, on a rough course, Allen predicts double that time for the sub-8 project. “That would put her in at 2:36 hours.”