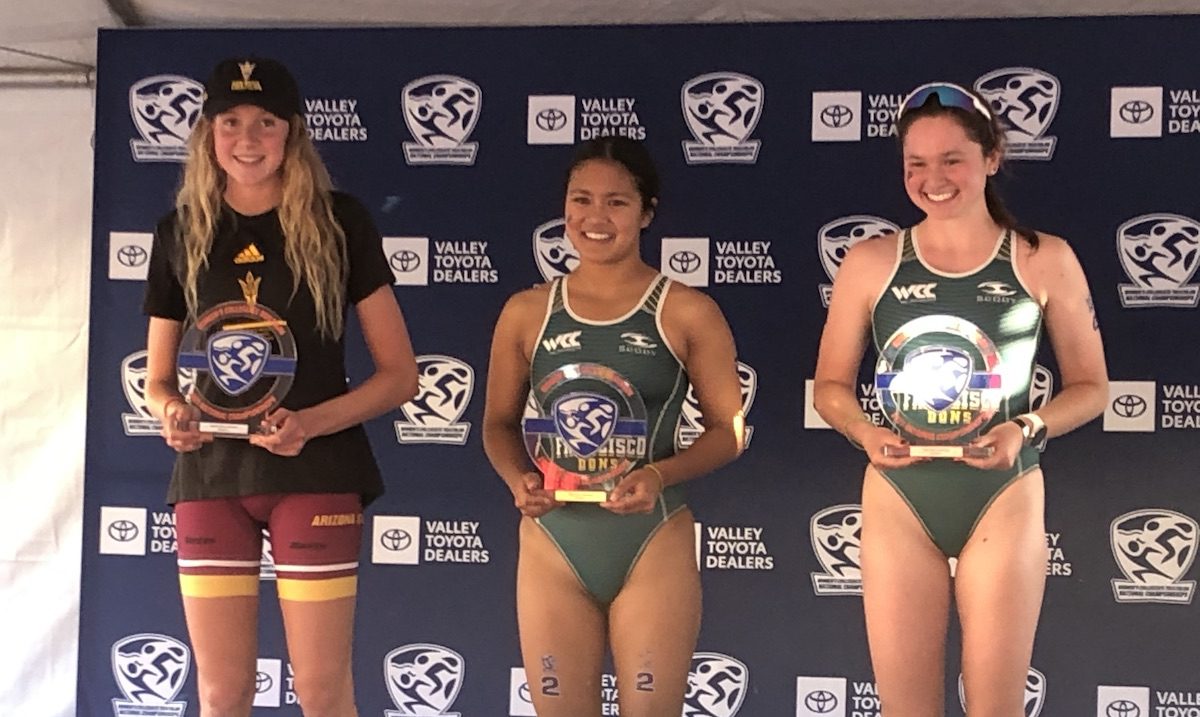 In 2014 triathlon was designated an NCAA Emerging Sport for Women, which meant that it had 10 years to prove that it was sustainable and could succeed as an official NCAA sport. Part of the requirements to be deemed sustainable was that there needed to be at least 40 programs offered at American colleges by the end of that 10 year period.

Today we learned that the sport beat the deadline by a few years – Cal Poly Humboldt has become the 40th university in the United States to offer women’s triathlon at the varsity level. Competing in Division II, the school will start competing this fall.

“This is a monumental moment for not only Cal Poly Humboldt and the sport of triathlon, but also for women’s sports,” said Rocky Harris, USA Triathlon CEO. “It’s fitting we’ve hit this milestone on the 50th anniversary of Title IX as this sends a resounding message across the country that women’s sports are thriving.”

The new program was made possible through a grant from USA Triathlon, along with a donation from the Ironman Foundation.

Triathlon is a fall NCAA sport. There have been five NCAA triathlon championships, all won by Arizona State University (ASU). Three out of the five years the individual race was won by athletes from ASU, too – Canada’s Hannah Henry won in 2017 and 2018, while fellow Canadian Kyla Roy took the 2019 title. This year another Canadian, Kira Gupta-Baltazar, who races for the University of San Francisco, won the championship, helping her team to a close runner-up finish. (The University of San Francisco had three athletes in the top-four.)

Triathlon is only a women’s NCAA sport. The athletes compete over the sprint distance, with a draft-legal bike leg.

While today’s announcement doesn’t guarantee that triathlon will get official NCAA status, it certainly bodes well for the sport. Here’s a list of all the American colleges that offer triathlon programs: