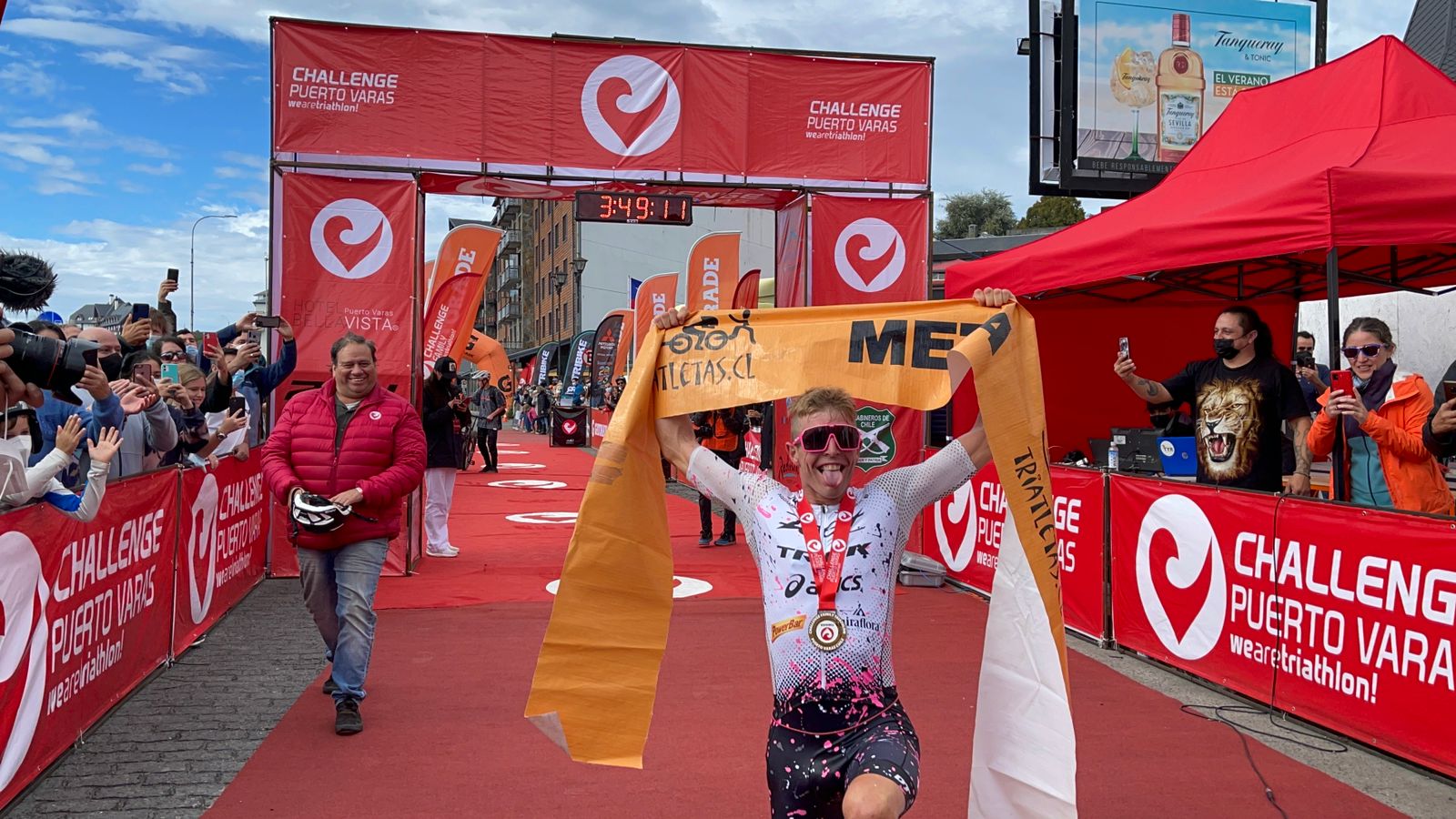 Another victory for Sam ‘Yo Yo Yo’ Long, Haley Chura claims victory as well at Challenge Puerto Varas

After a nice win in Miami last week, there was success again for Sam Long today: the American top athlete just won the first edition of Challenge Puerto Varas. He did this with overwhelming force, by moving into the lead during the bike and not letting this slip away. In the women’s race, Haley Chura won. She took the lead during the swim, lost time during the bike, but proved to be too fast for everyone during the run.

Two men dominated the swim: Vicente Trewhela and Balazs Csoke, who were getting their bikes well within half an hour. Just before that, they swam in the beautiful Lake Llanquihue, where they proved inimitable to the rest of the field. In the two minutes after the two leading athletes came out of the water, eight more men followed, with Sam Long and Matt Hanson as ninth and tenth within towards T1. The two race-favorites were at that point facing a gap of about two minutes.

On the bike, it was soon – in fact right from the beginning – Sam Long and Matt Hanson who rode to the front. Long in particular went lightning fast again, overtaking one athlete after another to take over the lead of the race about halfway through the bike course. The bike course was pretty tough, as athletes conquered no less than a thousand altitude meters during Challenge Puerto Varas. While doing so, they were able to enjoy beautiful views of Chile’s forests and waters. Along the way, the sun began to break through the clouds and temperatures rose.

Entering T2, Sam Long had a lead of over five minutes on his first pursuers, who all entered the transition area quite close together, actually as a group. Luciano Taccone, Nicolas Saez, Matt Hanson, Fernando Toldi and Jason Pohl all thus still had a chance to finish on the podium.

During the run, there were – and this was a bit expected – two men who kept a pace that made it look more like flying than running: Sam Long and Matt Hanson. The latter ran so fast, that about halfway through he had made up a minute of his arrears. Unfortunately for Hanson and luckily for Long, that was not enough to win the race. That victory was therefore for Long, who crossed the finish line after 3:48:48 and with a big smile on his face. Hanson took the silver after 3:52:44. Taccone finished third in a time of 3:54:42.


Women’s race – decided at the run

In the women’s race there was one athlete who was swimming way too fast for her chasers; Haley Chura. Not entirely unexpectedly, she swam lightning fast and only needed a little over a minute longer than the fastest man for the 1.9km swim. The differences in the women’s race were therefore much bigger than in the men’s race, as the top four – Macarena Salazar, Romina Palacio and Laura Siddall – came out of the water with a difference of almost seven minutes.

Those seven minutes proved no problem for Siddall, because during the bike ride she stepped on the gas and soon began to make up time. So quickly, in fact, that by the time she returned from the ninety-kilometer course she was only a minute behind Chura. Thanks to a good and very fast transition, she knocked off almost another 45 seconds of her gap, allowing Chura and Siddall to start the half marathon almost at the same time, with the win at Challenge Puerto Varas in mind. Macarena Salazar and Romina Palacio followed minutes behind and thus seemed to be racing for the bronze.

During the run, it was Chura who did not let the time she lost on the bike throw her off and immediately took another lead over Siddall. That lead quickly increased to about two minutes and it remained the same for almost the entire run. Chura eventually won the race after 4:30:29. Siddall finished second in 4:32:28. Palacio became third in 4:43:44.