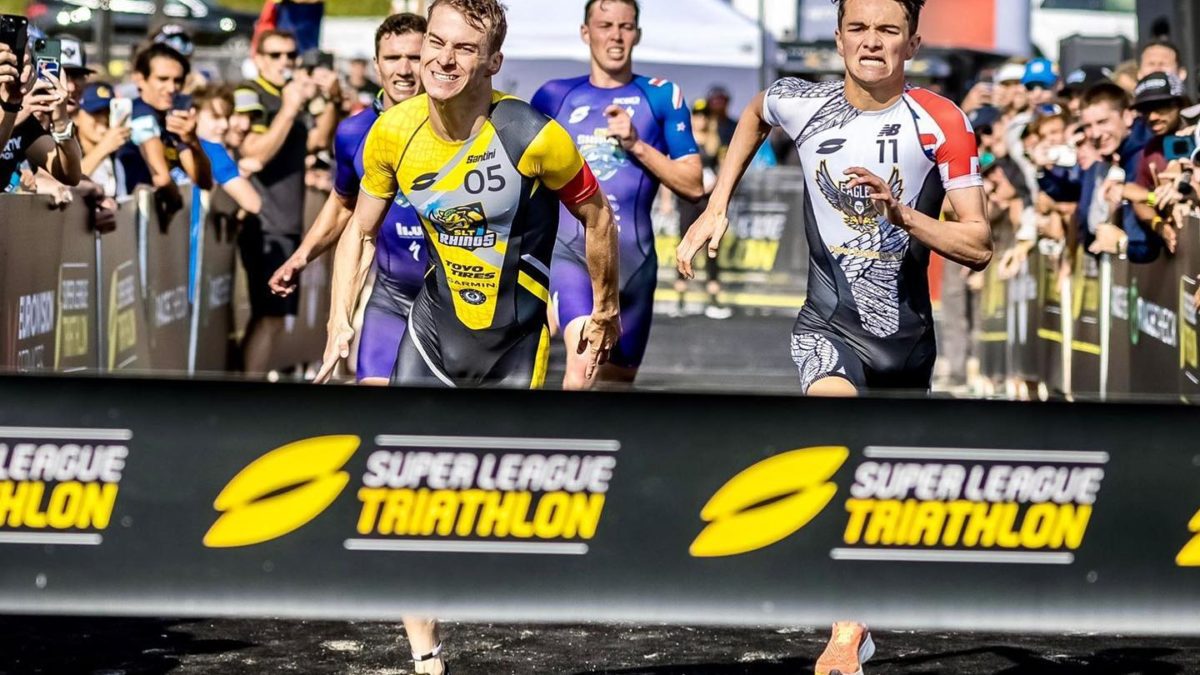 The Arena Games will serve as the eSport World Championship Series this year, with three events taking place starting with Munich, April 9, followed by London, April 22, and Singapore, May 7. Super League Triathlon has announced that there will some exciting names taking part in the first event of the series in Germany, with Great Britain’s Jess Learmonth taking on her countrywoman Beth Potter, while the winner of two Arena Games events, Marten Van Riel will look for revenge as he gets to take on the man who outsprinted him for the Super League Triathlon Championship Series win in Malibu last year, Alex Yee.

Learmonth made her long-distance debut last weekend with a third-place finish at Ironman 70.3 Lanzarote, but appears to be ready to continue her short-course racing career, too. Learmonth won the first ever Arena Games event two years ago. Potter won the Arena Games event held in London last year.

There’s another former Arena Games champion confirmed for the men’s race, too – Germany’s Justus Nieschlag. The final start lists will be announced during the week before each event.

The Munich and London races will have two heats with eight to 10 athletes racing two swim-bike-run races, with a “pursuit” start for the second race based on the times from the first. The top eight to 10 athletes from the heats will move to a final, which will be raced over three swim-bike-run stages, with the start order for the final race determined by the accumulated time from the first two stages.

The Championship Finals in Singapore will have a similar format, but will feature a two-stage repechage providing another avenue to reach the final.

The stages will consist of a 200 m swim, a 3 to 4 km bike on a virtual bike course through the Zwift platform, followed by a 1 km run on a curved treadmill, again on a virtual run course on Zwift.