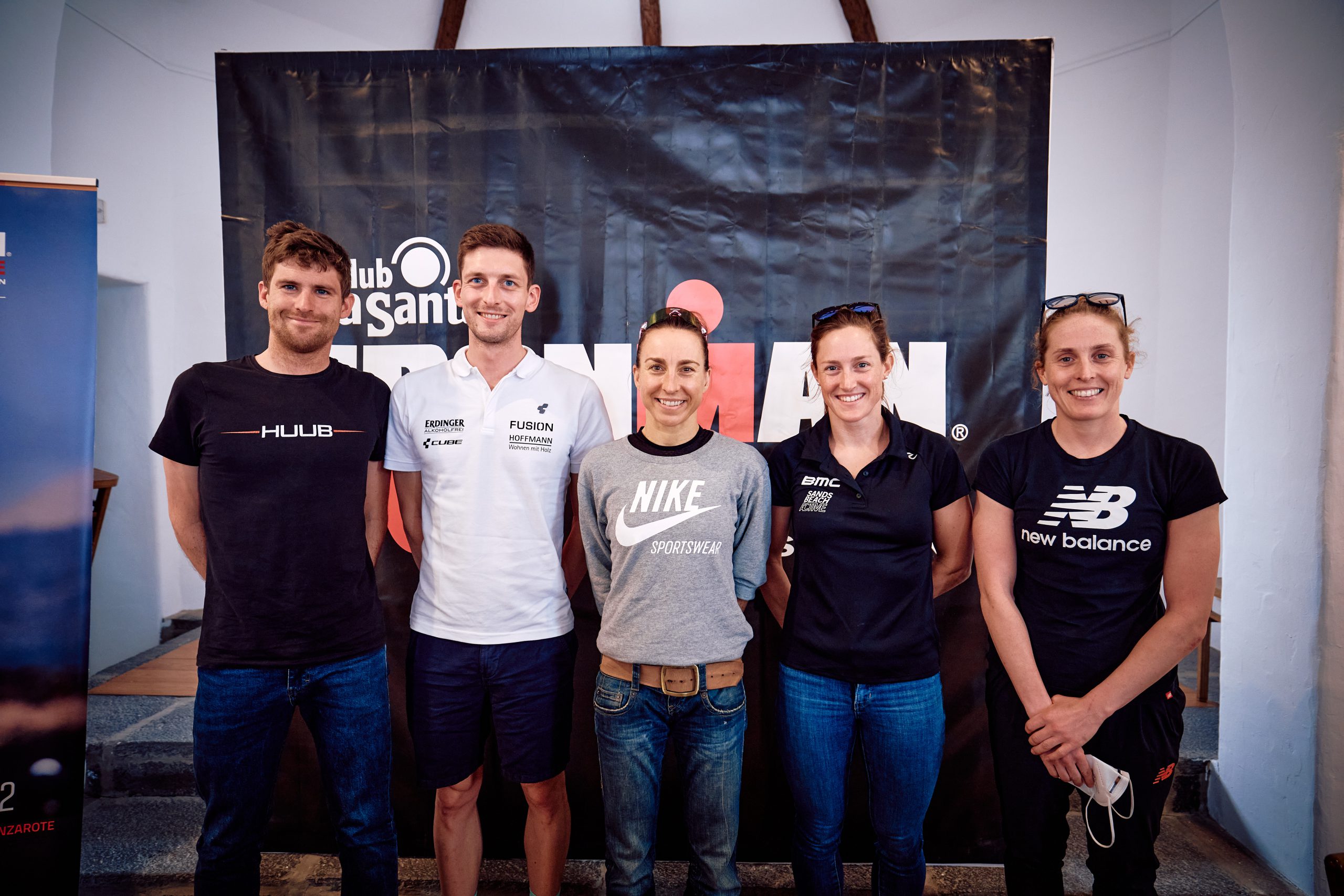 St. George on the mind of (most) the race favorites at 70.3 Lanzarote

Earlier this week we previewed the big pro field that will be competing at Ironman 70.3 Lanzarote on Saturday – today we got to hear from a few of them at today’s press conference which included four long-distance specialists and an Olympic gold medalist who is making her long-distance debut.

All but Learmonth have the upcoming Ironman World Championship in St. George on their minds as they come into the challenging race in Lanzarote, and see this weekend’s hilly, windy and hot event as a great tune up for the race in Utah in May. McNamee, who is renowned as a “slow starter” most years, says he’s been working hard for three months and is in better shape then he’s ever been at this time of year thanks to the goal of a world championship in May.

Matthews and Angert have both spent a lot of time training in Lanzarote with their BMC (Matthews) and Erdinger (Angert) teams, so they are familiar with the island and the challenging terrain and winds. Angert joked that he’d never dreamed of racing here – training was hard enough.

For Haug the race here in Lanzarote is more than just a tune up. She spends a lot of time training on the island, and said before she won here last fall that she sees this as almost a “home-town” race. The win here last year came just weeks after her full-out effort in Roth that saw her win by over a half hour. This year she arrives in Lanzarote having just completed a high-altitude training camp, yet another sign that this race serves as part of her prep to try and defend her Ironman world title in May.

The wildcard in the race this weekend will certainly be Learmonth, who is taking on one of the toughest 70.3 courses in the world as her first long-distance effort. When asked if this was the beginning of a move away from draft-legal racing, Learmonth said that she was simply giving the distance a shot. She’ll see how this one goes, and if she likes it, she might “dabble” in more longer events in the future.

Anyone who saw Learmonth’s amazing September run of Super League Triathlon wins (she took three of the four races and the overall title) is aware of just how strong and consistent an athlete she is. How she’ll fare in an event that will take over four hours (Haug’s winning time last year was 4:30) will be the big question on Saturday.

Add to that the challenge of taking on the defending champ and world champ on a difficult course that she’s comfortable with … well, Learmonth couldn’t have picked a tougher race to make her debut.

As for the men, Angert was quick to list off the many men who are legitimate favorites for the win. Those include short-course specialists Leo Bergere and Pierre Le Corre from France, Bart Arnouts (BEL), Leon Chevalier and Boris Stein, to name just a few.