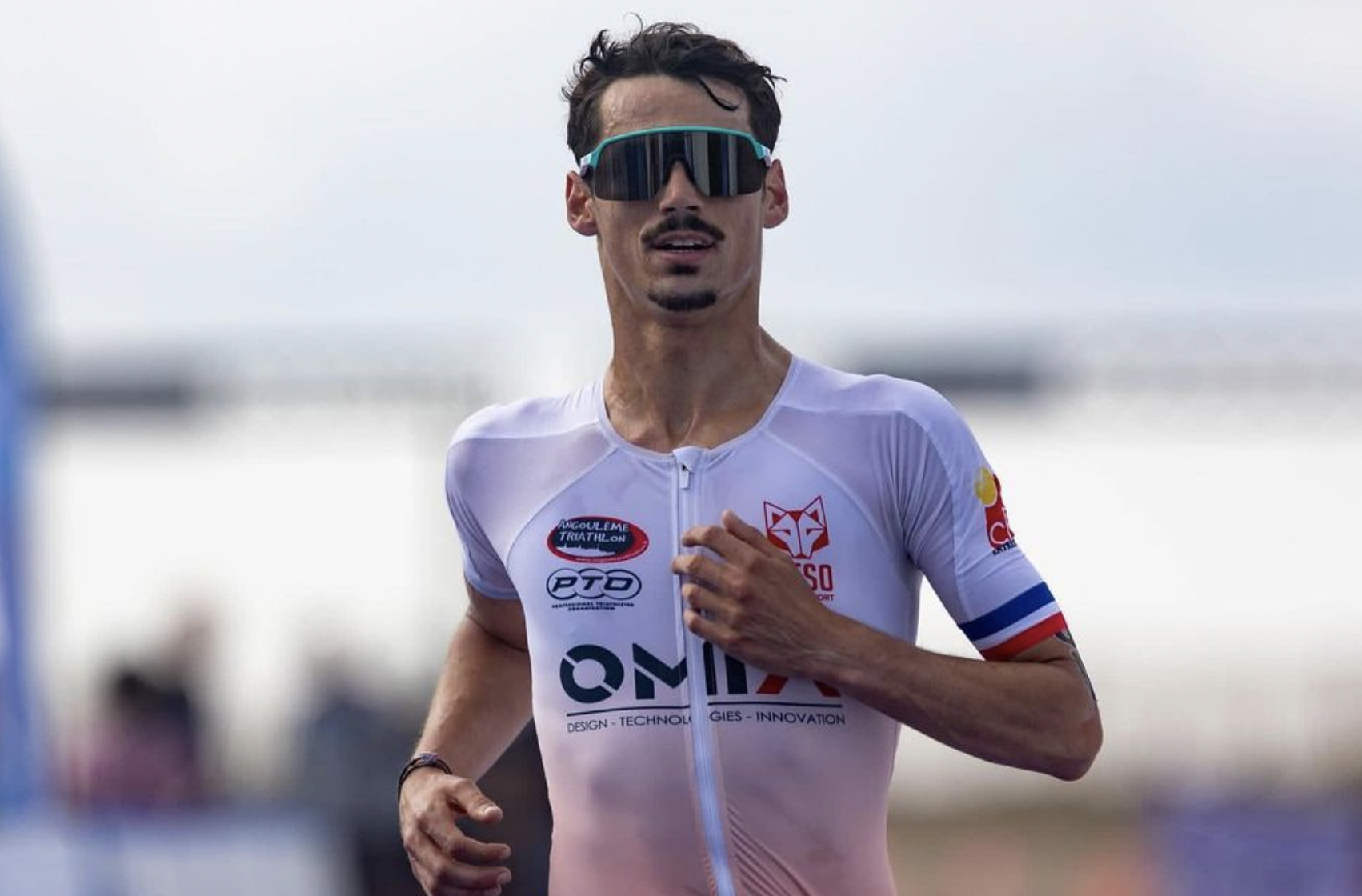 The perfect build up and a strong finish. France’s Clement Mignon was already right in the mix from the beginning, but it was only on the run that he made it clear he had come to Aix-en-Provence for one thing: gold. The French athletes just took a strong win at Ironman 70.3 Pays d’Aix-en-Provence. In the women’s race, Chile’s Barbara Riveros – who also dominated the run – claimed the victory.

Mignon was already found in the mix after the swim part, although he still had to cover a one-minute deficit that he sustained in the water. It was France’s Nathan Menant who was first to complete the swim. He needed 24:55 minute to do so, but four athletes – among them Steenberg and Italy’s Mattia Ceccarelli – followed right in his feet.

On the bike, Steenberg placed a strong attack. Within a few kilometers, he rode to the front, leaving his opponents behind. In a little group behind him Mignon, Menant and Ceccarelli settled. France’s Erwan Jacobi later joined their little chase group, while behind him a big group – containing 13 athletes – took shape.

In 90K, Steenberg had managed to create a buffer of 1:51 minute to his fastest chasers, but it didn’t take long before Mignon caught up with him on the run. After 7 km, it was done for Steenberg, as Mignon made the pass.

Halfway through the run, Mignon had extended his lead to 1:30 minute. Steenberg and Jacobi followed in second and third place at this point. In the final part of the half-marathon, Jacobi lost touch, as he saw Ceccarrelli fly past him. In front nothing changed, Mignon continued to run to a strong win. After 3:50:50 hours, he stopped the clock and broke the tape. Steenberg took second (+3:56) and Ceccarelli (+4:37) ended up taking that last podium spot.

France’s Julie Lemmolo was the fastest swimmer of the day. She needed 27:31 minutes to cover the 1900 meters and created quite a gap to her followers. Derron was second out of the water, one minute behind Lemmolo, Justine Guerard third (+1:26), Bailly in fourth place (+1:28) and Riveros in fifth (+2:00).

During the first half of the bike part, these five women found each other and formed a group. However, in the second part, both Bailly and Riveros decided to leave the group behind. Especially, Bailly hit the gas. She came into T2 in first place, 45 seconds in front of Riveros, who was second to rack her bike. Lemmolo, Guerard and Derron entered the transition area simultaneously. They were about one and a half minute behind at that point.

On the run, Riveros started her hunt for the victory as she tried to catch Bailly. After seven km, the 45 seconds had gone up in smoke. Riveros was now running in first place, and she didn’t let go of that spot anymore. While Riveros took home gold (4:23:27 hours), Bailly managed to maintain her second place (+0:51). Meanwhile, Germany’s Anne Reischmann – nothing a very fast half-marathon – ran to a third place (+1:35).