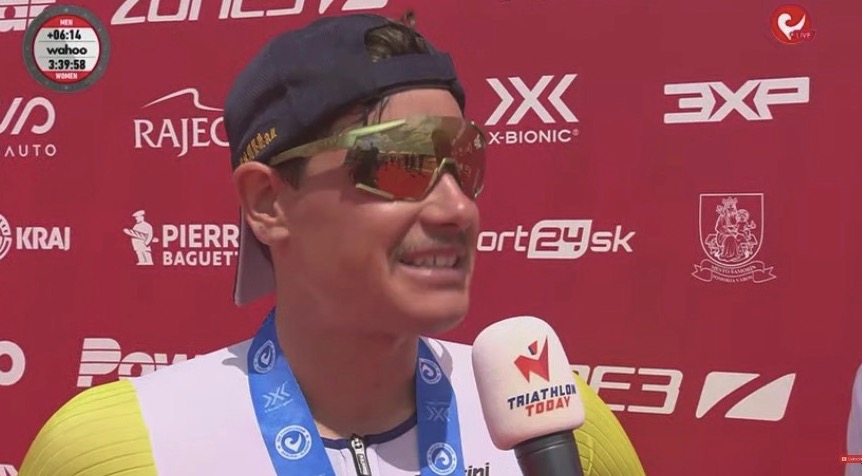 Norwegian hype is true: Gustav Iden strikes at The Championship

He doubted his own form, after the swim he was quite far behind, in T1 he had equipment problems and on the bike he could not fully close the gap to the front. It all mattered little, because the biggest favorite for the victory at The Championship just lived up to that role: Gustav Iden. In a race in which a lot happened, which was exciting for a long time and in which the Belgian Pieter Heemeryck was in the lead for a long time, it was Iden who once again showed his world class.

Even though it was initially Josh Amberger who set the swimming pace, it was not entirely unexpectedly Richard Varga who took over the lead position from him a little later. Varga, who comes out of the water first in almost all the races he competes in, increased the pace a little more and eventually created a gap on Amberger. After 23:22 minutes, the Slovakian was the first to head for T1, followed by Amberger at 20 seconds. A larger group followed; Thomas Davis, Kyle Smith, David Breinlinger, Miki Taagholt and Pieter Heemeryck followed at about one minute.

On the bike, Varga tried to maintain his lead, but also not entirely unexpectedly that didn’t work out for very long and after about half an hour on the bike it was two men who took over the lead: Taagholt and Heemeryck. The Belgian in particular seemed to have strong bike legs and despite the wind that was picking up considerably, the two of them pushed hard to hurt the men behind them.

It worked, because while there were quite a few changes behind them, Taagholt and Heemeryck, with Varga following directly, remained in the lead constantly. Behind them, a group formed with Thor Bendix Madsen, Gustav Iden – who had problems with his front tire in T1 and lost valuable time – Thomas Steger, Thomas Davis and Kyle Smith.


In the final kilometers on the bike, Heemeryck accelerated a bit more, creating a thirty second gap on Taagholt and Varga. That was the lead he started the half marathon with. The chasing group, with Iden most likely as the strongest runner on, returned to T2 after just under two minutes.

During the run, Heemeryck took off full throttle and quickly created a gap on his two pursuers. However, it only took five kilometer, for Varga to close the gap to some extent. From behind, however, it was Iden and Steger – two very strong runners – who ran faster than everyone else and managed to close the gap to the front.

From that moment, Iden decided it was enough to run with others and so he immediately ran away to take over the lead solo. Varga – who had served a thirty second penalty for stepping on the mount line while entering T2 too – was the best to follow and behind him Steger. It was immediately clear that neither man could keep up with the unleashed Iden and that the winner was already obvious.

Indeed, Iden stayed ahead and was able to run towards the finish line in a nice way. There he crossed first, in a finish time of 3:43:44. The battle for silver and bronze was exciting until the last meters, but it was Varga who had enough margin for the silver with a time of 3:45:05. Steger still had to sprint for the bronze, but succeeded. He finished after 3:46:55. He remained twenty seconds ahead of Miki Taagholt and Kyle Smith.