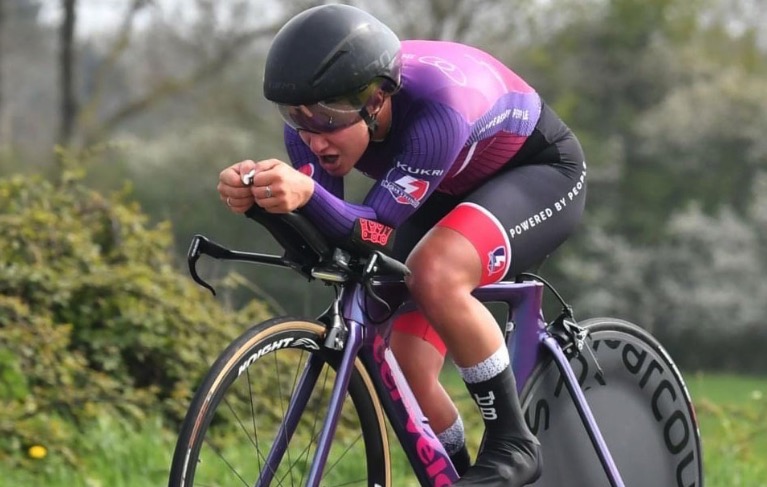 The Pho3nix Foundation today announced the bike pacing teams selected by Nicola Spirig and Kat Matthews for the Pho3nix Sub8 Project. To go faster than eight hours over the full distance of triathlon and overcome physical and mental barriers never before breached, teams of pacemakers chosen by these champion athletes will keep them on pace to ‘Defy The Impossible’.

Matthews has rounded out her roster with triathletes who will also pull double duty on the bike and run legs: multiple Ironman champion and bike course record holder Ruth Astle, and two-time European and three-time Ironman 70.3 champion India Lee who will also pace Matthews on the swim.

Matthews says, “Selection for my Sub8 team has been challenging and very whirlwind-esque. However I have not had to compromise at all on the absolute dream team that I had wanted, which was incredible… Selection obviously was based on performance predominantly, but there’s been a big factor of communication and the relationship between me, them, and the team as a whole. That’s been really important to me because I think that’s such a key element of the whole day and the week in the build-up to this.”

Fresh off Matthews’ runner-up and Astle’s fourth-place finishes at the Ironman World Championship in St. George, they can now dedicate the next few weeks to focusing fully on Sub8. Astle will act as the main domestique for Matthews to keep her in touch with the riders in front as they rotate in and out. She says, “As Kat is a great friend of mine, being able to work closely with her to think about the best strategy to go as fast as possible has been a fun challenge. We have a hugely talented, brilliant team, and a super-talented athlete in Kat for us to help go as fast as possible. I have no doubt Kat will go Sub8. It is just about how fast she can go and how much she can beat Nicola by.”

Spirig initially looked at recruiting more from professional cyclists and mountain bikers; due to scheduling conflicts with their racing calendar, she had to look elsewhere. She says, “That led me to looking at the strongest female triathletes, and also some duathletes; I started to ask athletes who I know and train with. I was very lucky to be training on an international squad.” Visser and Baptista are two of Spirig’s training partners on this squad.

“In the end I am very happy with my team. I think it’s a great mix. I have strong riders; I also have tall riders, which is important to get a good draft behind them. I have three or four riders who can actually hold the required pace over a longer time so we don’t have to switch every two minutes.”

Matthews’ and Spirig’s swim and run pacemakers will be revealed soon alongside the pace targets and strategies that will bring them under that landmark seven-hour time.