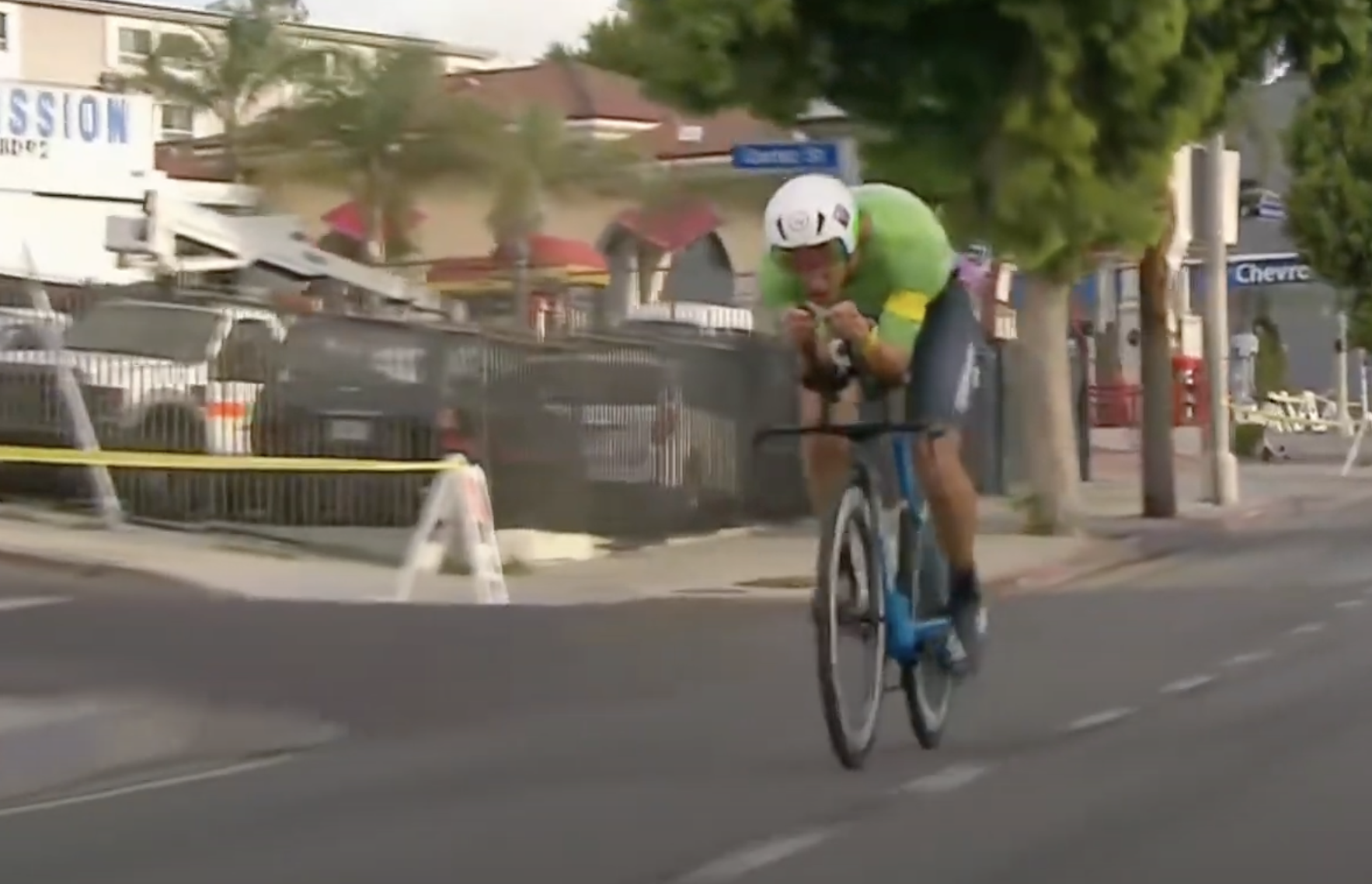 The dream team – consisting of Haven Shepherd, Lionel Sanders and UFC fighter Paul Felder – won the inaugural PTO Pro-Am relay in Los Angeles. They managed to beat the team of Denmark’s Daniel Baekkegard and Team Sam Long. Each team consisted of one pro triathlete, and one or two athletes of the Challenged Athletes Foundation (CAF) or a special guest.

How the race unfolded

It were three-time Paralympian Chris Hammer (part of Heather Jackson’s team) and the 2019 runner-up of the World Para Swimming Championships, Ahalya Lettenberger (part of Team Haley Chura) who dominated the 1500-meter swim. Hammer was first out of the water, but it didn’t take long before Chura could hop on her bike and start to chase Jackson. Shepherd – of Team Sanders – was only a couple of minutes behind, which meant Sanders, like usual, had to close a gap on the bike. Emily Gray (Team Long)  was fourth out of the water, followed by Allysa Seely (team Baekkegard) and Jamal Hill (Team Skye Moench).

Jackson pulled off a strong bike part, trying to stay clear of Sanders, but of course she couldn’t keep him off the entire 40K. After a few kilometers, Sanders took over, creating a big advantage for his team before racking his bike back in T2.

While Sanders tagged former UFC fighter Paul Felder off for the run, Baekkegard had caught up with Long just before T2. That saw Modern Pentathlon Olympic silver medalist, Heather Fell (Team Baekkegard) go onto the run course in second place, while five-time Paralympic medalist Rudy Garcia-Tolson (Team Long) was third out of the transition area. Jackson’s team was a bit behind after the bike part, due to Jackson struggling with a flat tire.

Felder continued to lead Team Sanders and pushed so hard that he not only set himself a new 10K PB, but also ran to the victory. Thanks to a strong run by Heather Fell, Team Baekkegard took second, and Rudy Garcia-Tolson completed the podium for Team Long. Team Chura – with Roderick Sewell running – took fourth, and Dr Kent Bradley crossed the line in fifth place for Team Moench.

“I knew they had assembled a strong team because we were going to dominate this event from start to finish”, Sanders said after the finish. “Haven got us a big lead, and then I just tried to hang on to it and then Paul brought it home, so it was a lot of fun… It was a full-blown competition. I knew I’d be out here trying to compare my bike time to the pros and to Sam Long and to Daniel (Baekkegard, ed.) so I rode as hard as I can, and I’m excited to go look at the results and see where I stacked in the bike portion of the race.”

CAF-athlete Shepherd commented: “I would definitely say this is the greatest way to go into your late teens. I’d just turned 18 years old going into my Olympic Games and then being asked to do this triathlon with these guys… I was very thankful that they chose me to be on their team… I wanted to go out really nice and smooth, but I definitely booked it on the way back to shore.”

Besides the Pro-Am relay that took place in Los Angeles this weekend, there was an elite race on the schedule too. That event was won by South Africa’s Jamie Riddle, who outran America’s Eric Lagerstrom and Australia’s Steve McKenna. In the women’s race, it was Brazil’s Vittoria Lopes who claimed the victory. America’s Amy Sloan took second, and New Zealand’s Amelia Watkinson crossed the line in third place.