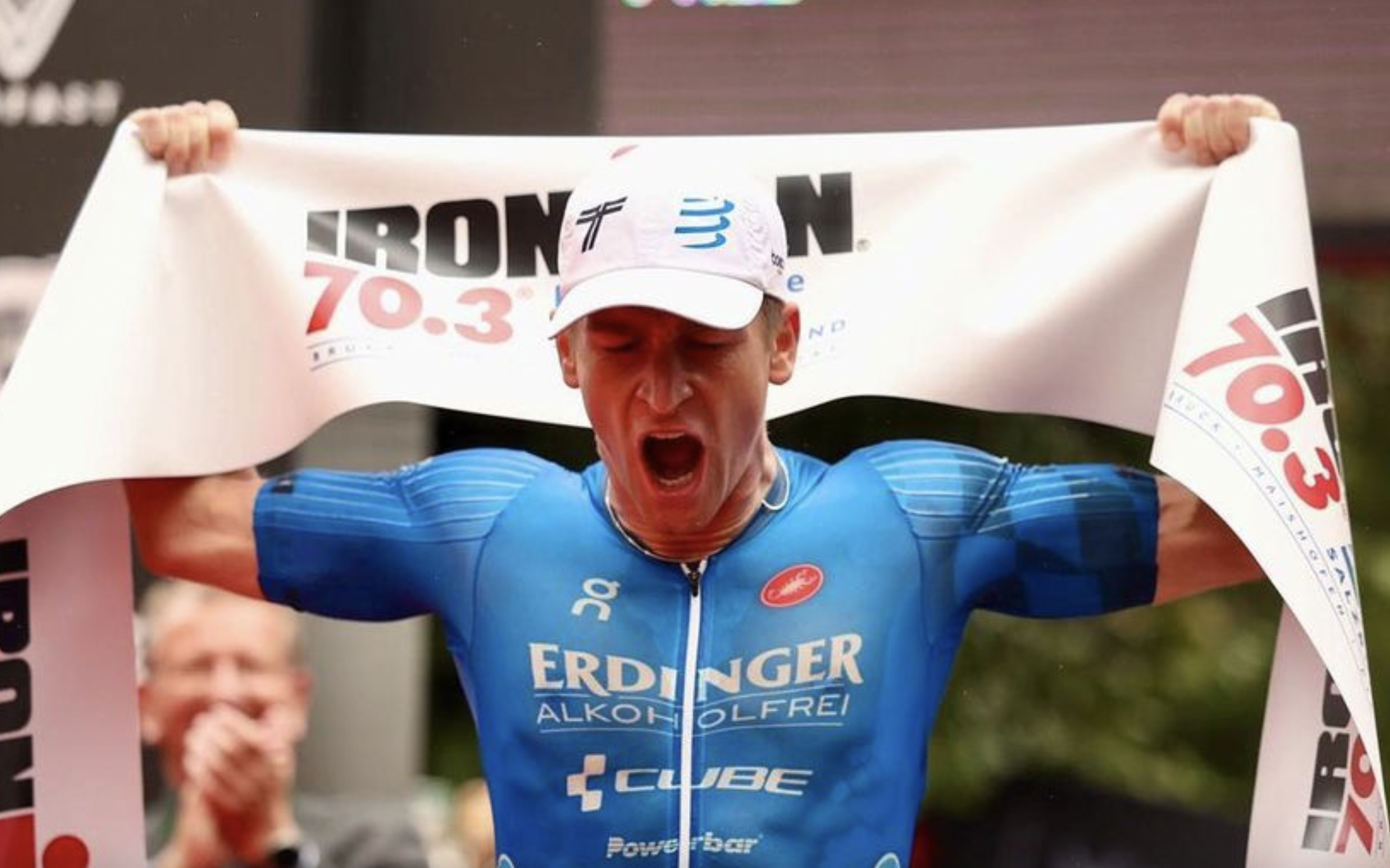 Sebastian Kienle isn’t a big fan of the term ‘uberbiker’ – he prefers to just be looked at as an allround triathlete, which of course he also is – but his name is definitely high on the list of uberbikers too. There is a new name that we can add to that list, though, maybe on top even: Frederic Funk. The German star athlete won last weekend’s Ironman 70.3 Zell am See and dominated the bike leg. Partly as requested by Kienle, he shares his cycling power curve of that race, and more data.

Athletes racing Ironman 70.3 Zell am See were treated with some tough conditions, not only because of the mountains – which is always part of the deal of course – but even more so because of the cold and rain.

On the famous climb up Filzensattel, Funk’s watts increased, as he averaged at 368 for about 30 minutes. After that, at km 63 – when the climb was done – funk placed an attack, which saw him ride 400 watts for about two minutes; reaching a speed of 52 km/h.

When it comes to nutrition, Funk took in about 290 carbohydrates during the bike part.

As requested by Kienle, Funk also shared a power curve, and the data of one specific part of the bike course – 15K long – where Funk decided to sit back in the group and enjoy the legal draft. “We had the camera motorbike always driving next to or slightly behind the leader, so that’s some huge advantage for the athletes behind. Back on the main road – last 4k of that segment – had barely over 200W”, Funk says.

That some athletes were riding fast in front of the field, Tim Reed noticed too. “The guys were simply too strong on the climb and descent, which I expected. I’ve never once been competitive against the best power houses on these long climb courses, but it was never going to stop me getting out there against 60 plus male pros field. For perspective, I was sitting on just shy of 5.5 watts per kg and watched Andreas Dreitz, Sebi (Kienle, ed.) and others ride away.”