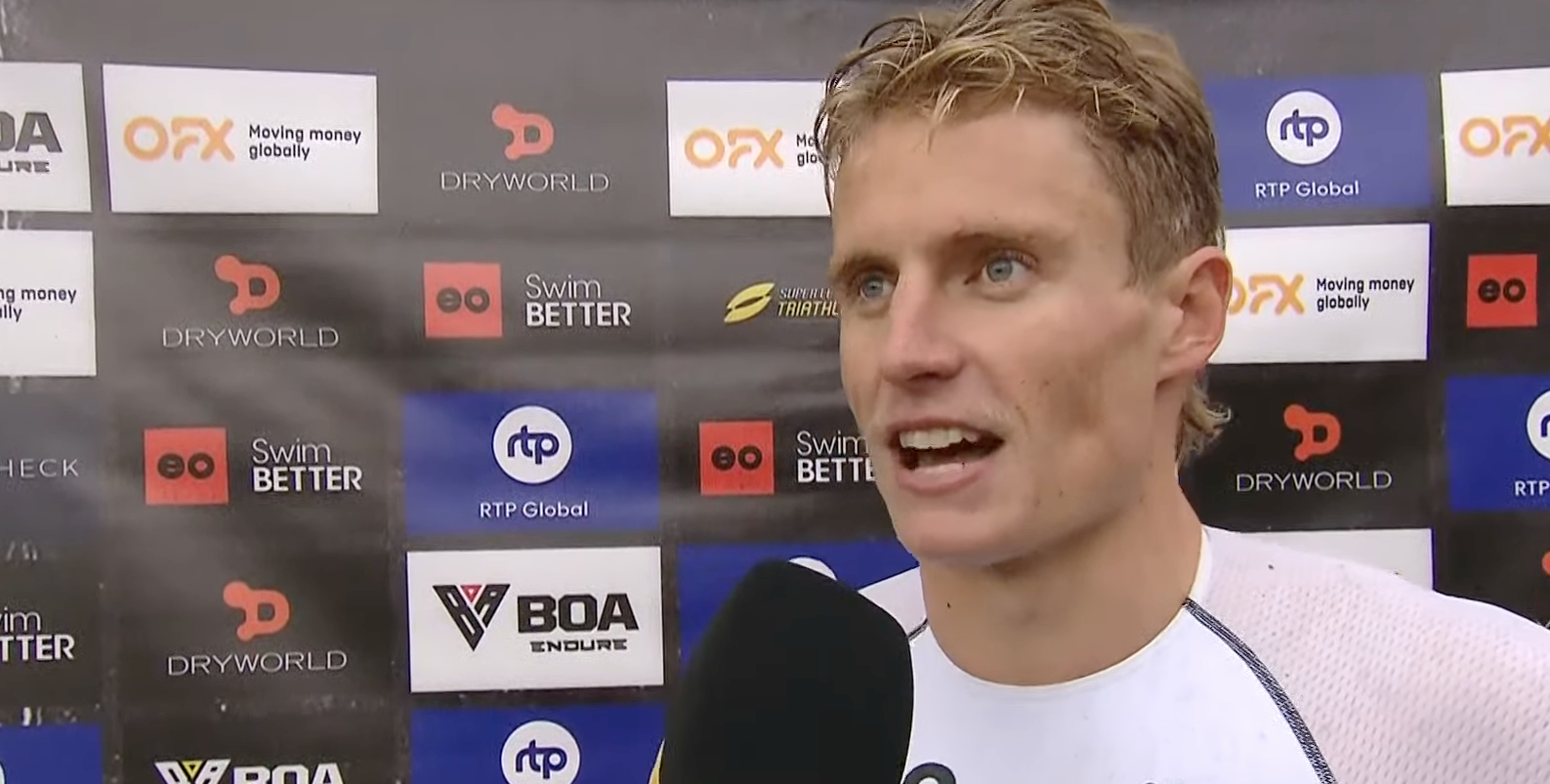 It was a great surprise: almost everyone took into account Hayden Wilde as the winner of the SLT Championship Series Munich, but it turned out to be Australian Matthew Hauser. He claimed victory after a particularly strong running section in the final heat.

In Munich athletes raced according to the ‘Enduro format’, where all athletes had to swim 300 meters, bike 4 kilometers, run 1.6 kilometers and then that mini-triathlon had to be completed three times in a row – without any rest in between the sessions. If you found yourself more than a minute and a half behind the leader, a ‘disqualification’ followed.

During the first swim it was mainly Taylor Reid who set the pace and so he came – with all the men following directly after him – first out of the water. Richard Murray followed last, but kept the connection with the peloton that was formed on the bike from that moment on.

That peloton then returned to the transition zone at the same time, but during the run the first differences were made. Immediately it was German Valentin Wernz who tried to run away, but soon it was Hayden Wilde who in turn went over and started to lead the run. Wilde was eventually the first man to dive into the water for the second heat. His lead was not large, as Japanese Kenji Nener followed at two seconds and the rest of the field followed very closely behind as well.

During the swim everyone got back together a bit, but then on the bike differences were made again. Once again it was Nener and Wilde who showed up at the front, this time with Jonathan Brownlee and Vasco Vilaca close behind them. The foursome was able to quickly build their lead to around ten seconds during the bike.

While the four front runners built up a serious lead over the chasers, everyone struggled to keep up with Wilde’s running pace. Just like during the first run, it was the New Zealander who again grabbed a minimal lead over his three companions and thus came back first to start the final heat.

In the water, Wilde again lost the few seconds of lead he had built on his first three chasers and so Nener, Vilaca, Brownlee and Wilde came out of the water at the same time again. Thanks to a strong swim, Matthew Hauser also joined this leading group, which from then on consisted of five men.

Nothing changed on the bike and so the five started the final 1.6 kilometers of the run together. There it was Wilde who immediately took the lead, something that was also in line with expectations. Nevertheless, Hauser and Vilaca continued to follow very closely, until Hauser even took over the lead during the run when there were only a few hundred meters to go.

He did so with such power that he was even able to run away and take the victory. Vilaca also ran away from Wilde and became second. Wilde took third place.