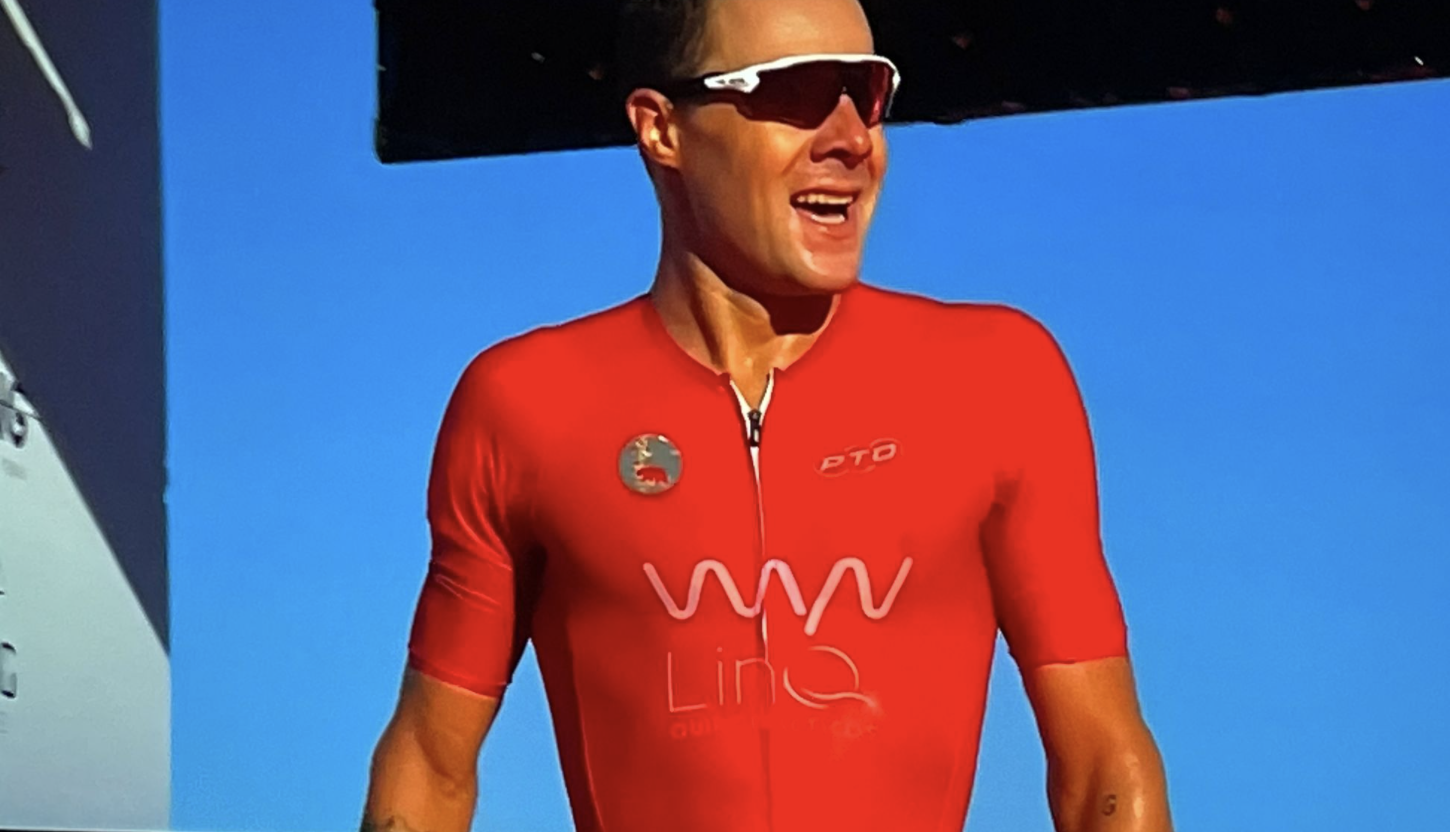 Collin Chartier was certainly not the biggest favorite for victory at the PTO US Open and with it $100,000 in prize money, but after a more than impressive run, the American just won the race. In hot conditions, he stayed ahead of Magnus Ditlev and Sam Long, among others.

In the warm waters of Dallas, few serious differences were made; a remarkably large lead group emerged from the water in almost immediate succession. It was Aaron Royle who ran first toward T1, as he recorded the fastest swim time at 26:30 minutes. During the swim, few unexpected things actually happened.

The fastest transition was for Ben Kanute, which allowed him to be first on the bike course. He was soon joined by Royle and also Sam Laidlow and the three men grabbed a lead of several seconds over a large group of fourteen men behind. They didn’t really get away though and eventually this created a leading group of seventeen athletes.

Most interesting development behind this huge leading group was the coming together of Lionel Sanders and Sam Long, who were nearly three minutes behind after the swim and began working together on the bike to make up their deficit as quickly as possible. After the first 12 kilometers on the bike, they had already made up almost a minute. Sebastian Kienle still tried to catch up with them, but the German did not succeed; the pace of Sanders and Long was clearly too fast for him.

Laidlow’s pace proved too fast as well for the rest of the initial leading group, as the Frenchman pushed his pedals some more and rode away from everyone. A few kilometers later, it was German Florian Angert who did reconnect with him and halfway through the bike, the two leaders had a lead of over 1:20 minute on the chasing group. At that point Long had already joined that group, while Sanders was still riding 30 seconds behind the chasing group and seemed to have a little more trouble with that moment’s fast pace.

Long did not stay in that group for long, as his fast pace caused the group to break up and he found himself alone with Ditlev and Collin Chartier. Meanwhile, Laidlow could no longer keep up with Angert’s pace and he in turn fell back to the group with Long. It was in that order that the athletes returned to T2: Angert in the lead and then Long, Laidlow, Ditlev and Chartier in pursuit. They followed at just over a minute.

During the run it was immediately clear that Long was doing everything he could to take the win; at an insanely fast pace he left T2 and already after three kilometers he had overtaken Angert. One and a half kilometers later, Ditlev also passed Angert and at that moment, with about thirteen kilometers to go, a very tense situation arose. Long was in the lead, Ditlev followed at 17 seconds and Angert (+26 seconds) and Chartier (+39 seconds) followed very shortly as well. Sanders was running eighth at the time and, contrary to expectations, the Canadian failed to get any closer; he was already three minutes behind and not able to race for podium.

Entering the final run lap – just under four kilometers – things got really interesting; by then Chartier had just passed Long and so he was the new leader in the race. At the same time, Ditlev was still running third, just 22 seconds behind Chartier. Yet Chartier overwhelmingly seemed to have the strongest running legs and his pace was more than impressive. Consequently, he eventually won the race in a time of 3:17. Just before the finish Ditlev passed Long and thus finished second, only some seconds behind Chartier. Long finished third.